Renfrew’s Record began publication in 1902 by James P. Renfrew after he left his editor position at the Alva Review to start his own newspaper.

The weekly contained eight pages measuring at 15 by 22 inches and cost $1.00 for a yearly subscription. It was the “Successor to The Ames Enterprise” and followed the Populist Party. Renfrew’s Record ceased publication in 1921. 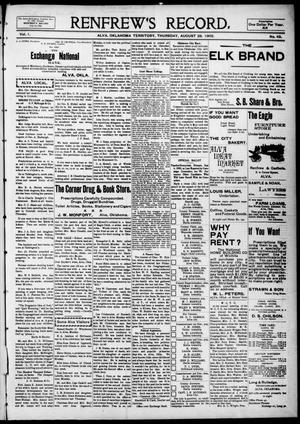 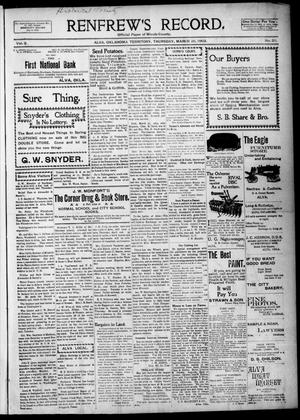 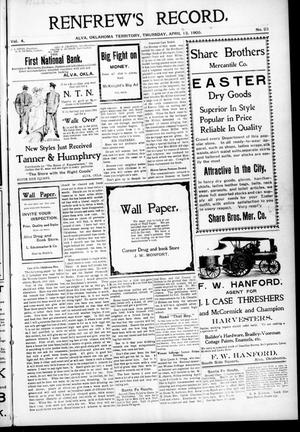 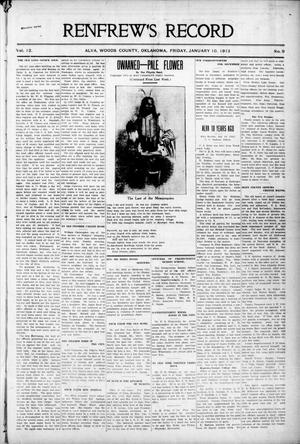 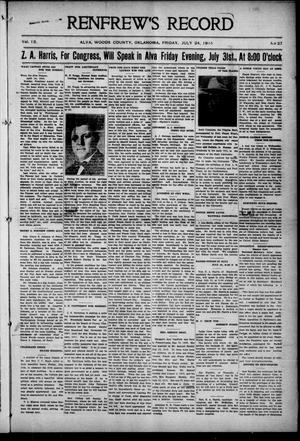 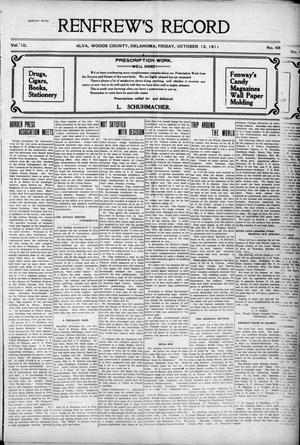 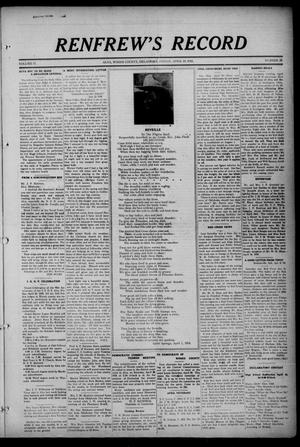 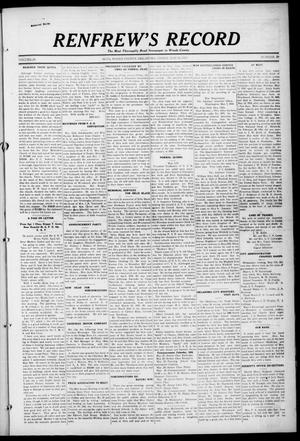 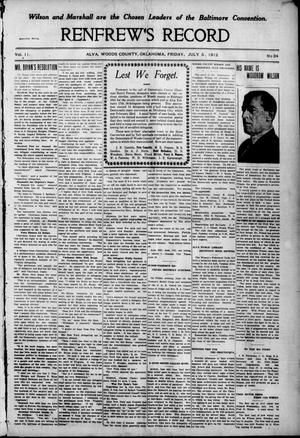 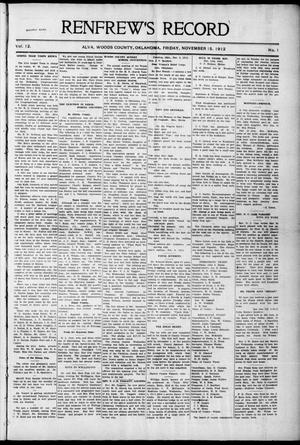