The Indian Chieftain, one of the largest and most influential newspapers in the Cherokee Nation, was established on September 22, 1882, at Vinita, in Craig County, Indian Territory. The 8-column, 4-page weekly was committed to the interests of all Five Civilized Tribes. Its motto read “Devoted to the Interests of the Cherokees, Choctaws, Chickasaws, Seminoles, Creeks, and Other Indians of the Indian Territory.”

The Chieftain was financed by the Chieftain Publishing Company, owned by local Vinita merchant and trader George W. Green. White men could not own property in Indian Territory at the time, so Green had to operate behind the scenes as owner and publisher. He appointed popular Cherokee leader Augustus “Gus” Ivey as the Chieftain’s first editor. Although Ivey’s name was on the masthead, J. W. Scroggs, a white man, did most of the editing work. Scroggs worked as the “local editor” until April 1884.

Subsequently, the Chieftain was edited by a series of prominent Cherokees. Robert Latham Owen, a descendent of Cherokee chief Occonnostolas, served as editor in 1883–84. The founding father of Oklahoma journalism, William Potter Ross, took Owen’s place as editor. Ross was the former publisher of the Cherokee Advocate and later became a United States Senator. Ross resigned in 1884 after Green sold the Chieftain to M.E. Milford, the former editor of the Daily Commonwealth of Topeka, Kansas. John Lynch Adair, a mixed-blood Cherokee poet and former editor of Ross’s Cherokee Advocate, served as the Chieftain’s editor until 1889.

Although most of the Chieftain’s early editors were Cherokees, the paper did not focus exclusively on native affairs. The Chieftain covered international and national news, as well as fiction, verse, and agricultural prices. News reports covered local politics and legal notices, and the paper included sections on “Cherokee Affairs” and “The Cherokee National Council.” Attention to Indian affairs increased in 1891 with the arrival of David Marrs. As the acting editor, Marrs focused on land allotment issues, specifically, the impact of the Dawes Commission and the Severalty Act of 1887. Milford left the Chieftain in 1900, and under Marrs’s leadership, the paper continued to focus on Indian affairs. The dissolution of tribal governments and the enrollment of tribal members were the subjects of many articles.

The paper changed its name to the Vinita Weekly Chieftain in 1902 and then to the Weekly Chieftain from 1905 to 1913 when it ceased publication after being absorbed by the Vinita Leader the Leader would later become a part of the Vinita Daily Journal, which continues to provide news for the residents of Vinita, Oklahoma. 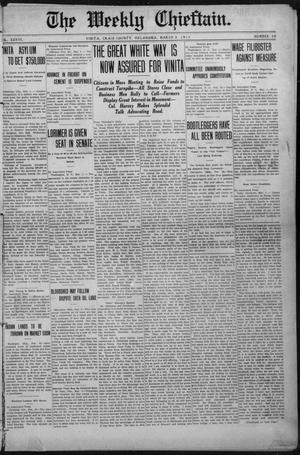 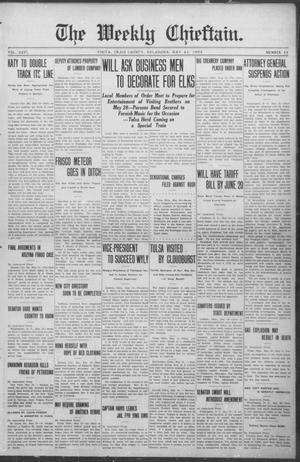 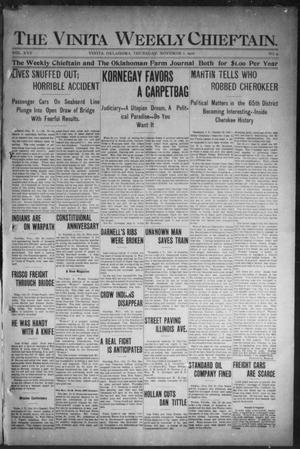 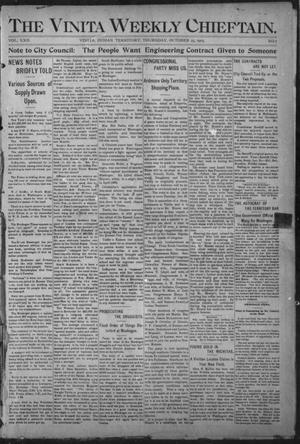 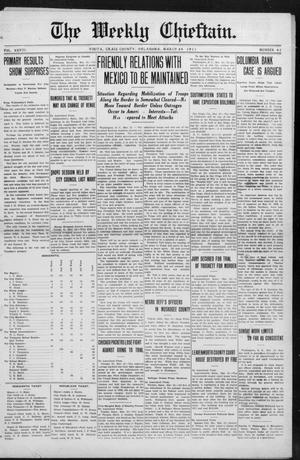 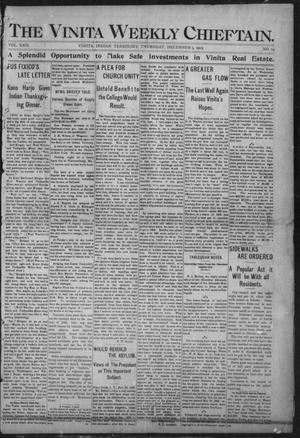 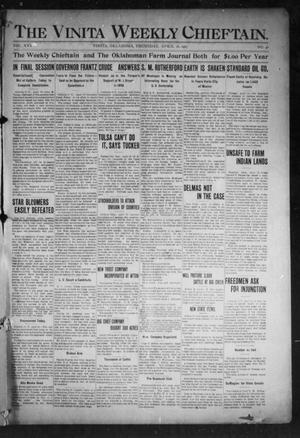 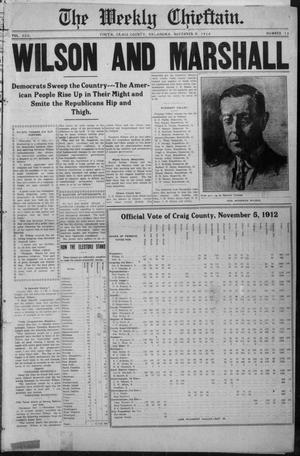 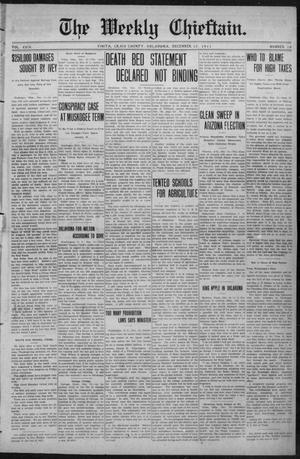 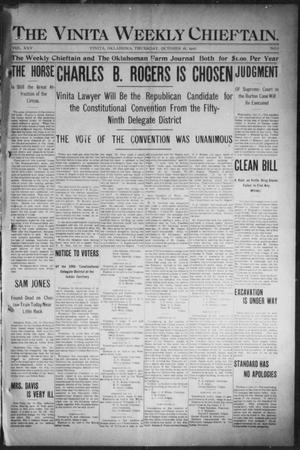 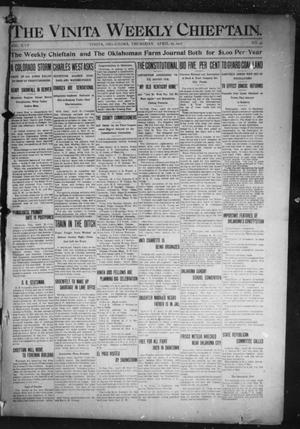 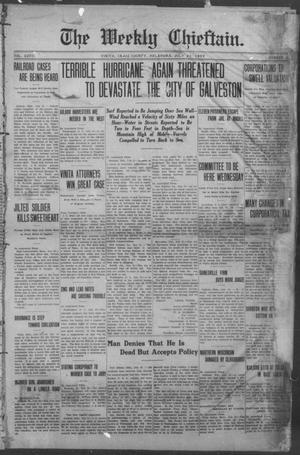