The town of Blackwell Rock was founded by A. J. Blackwell following the opening of the Cherokee Outlet on September 16, 1893. The town name was officially shortened to Blackwell on November 21, 1893, voters passed the measure 122-3. The post office was established on December 1, but due to a struggle for regional prominence between Blackwell and nearby Parker, the post office was named Parker from April 2, 1894, to February 4, 1895. After the latter date, the name reverted to Blackwell. Immediately after the area was first settled in 1893, the town became home to three different newspapers: the Blackwell Rock Record, the Blackwell Times, and the Blackwell Eagle.

The Blackwell Rock Record was first published in late September 1893 by A. A. Nall and H. S. Chambers. The paper focused on local news and advertising and the promotion of Blackwell and Kay County above all else. Nall left the Record in late October 1893 leaving Chambers as the sole publisher. Chambers changed the name of his paper to the Blackwell Record on November 23, 1893, after citizens voted to change the name of the town. He continued to print each Thursday through February 22, 1894, when it consolidated with the Blackwell Times.

The Blackwell Times first appeared on November 1, 1893. D. W. and M. E. Walker served as editors, and the motto for their paper was, “Republican in Principle; But Devoted to the Upbuilding of Blackwell and the Development of County K.” The Walkers printed seventeen issues of the Times before is merged with the Blackwell Record in late February 1894; the last issue was published on February 22.

The first issue of the consolidated Times-Record was printed on March 1, 1894. H. S. Chambers was listed as editor with D. W. Walker serving as local editor. The new title continued the issue numbers of the Record and kept the motto from the Times. On the masthead of the April 19, 1894, issue, the town changed to Parker to reflect the name change of the post office but was changed back to Blackwell on May 17. The battle between the two towns became heated, and it was at this time that Chambers bought Walker’s share of the paper as Walker wanted to move to Parker while Chambers insisted on staying in Blackwell. On July 26 Chambers sold the Times-Record to F. T. Berkey. During Berkey’s short tenure with the paper, he purchased his only major competition, the Blackwell Eagle, and the Times-Record became the official city paper that December. By July 1895, Berkey sold the paper back to Chambers, who returned to his position as editor and publisher, along with J. W. Randall. Chambers left the paper again in February 1896, and in July 1899, T. H. W. McDowell joined Randall as co-editor. McDowell would stay on through August 1923 when ownership of the Times-Record changed to Herschberger and Harris of the Medford Patriot-Star, and then again to A. B. Torrence in April 1924. The paper was published by the Torrence Printing Company until September 3, 1924, when it was sold to and absorbed by the Blackwell Tribune Publishing Company 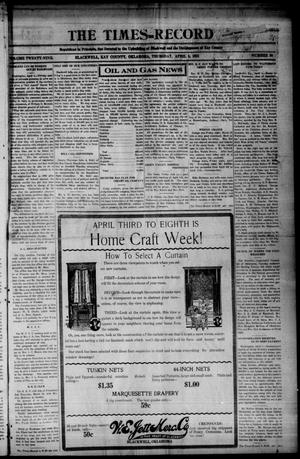 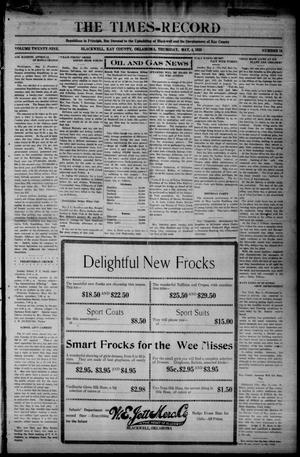 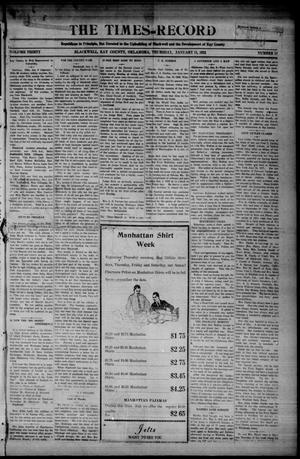 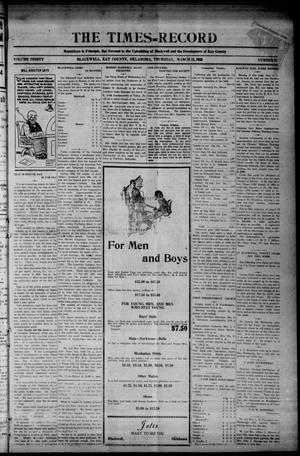 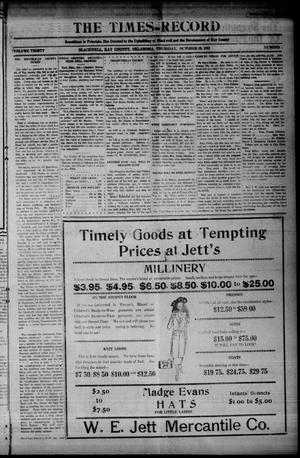 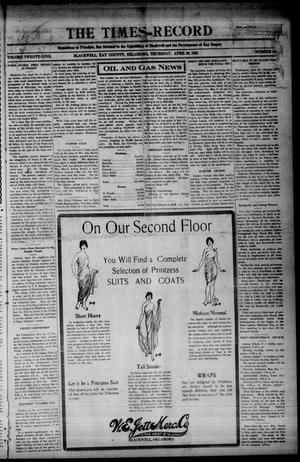 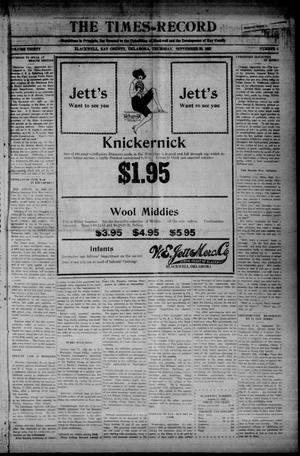 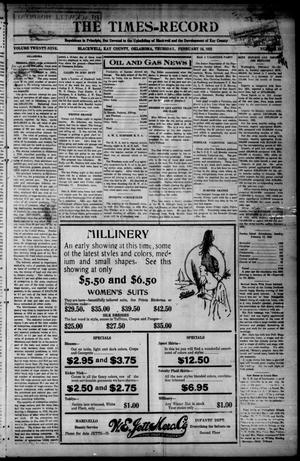 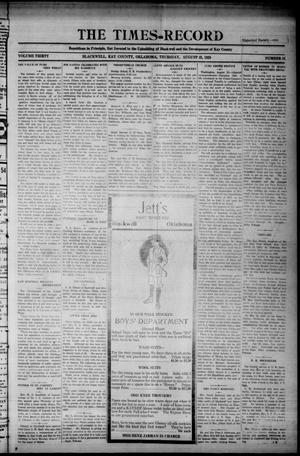 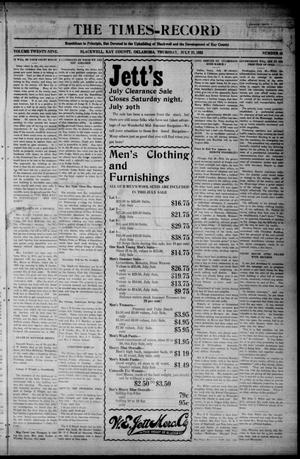 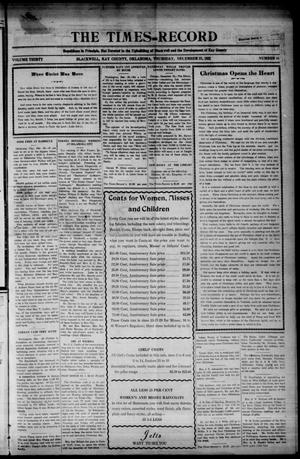 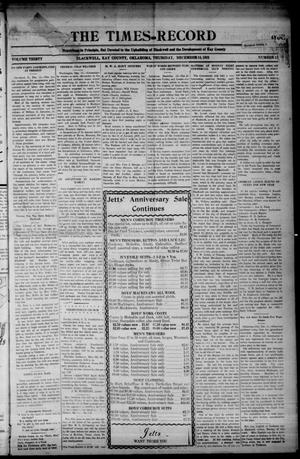