The Ralston Independent, also known as the Independent, began on December 1, 1910, in Ralston, Pawnee County, Oklahoma. It was the successor to the New Era and was published every Thursday until April 5, 1912, when it changed to every Friday (Vol. 7, no. 50).

It was a four to eight-page, five- to six-column paper that could be purchased for one dollar for a year. T. E. Bryant served as editor and publisher of the newspaper until 1914. Rosella Stroud took over as editor in 1914. A December 25, 1914 issue (Vol. 10, no 32) identifies Bill Smith as the publisher of the Independent and that it was “Published Every Friday Between Drinks.” 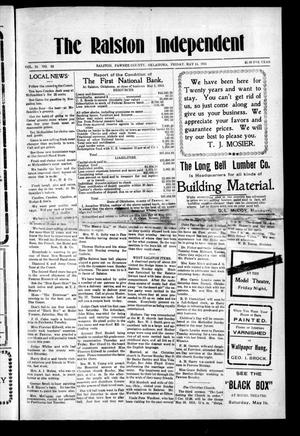 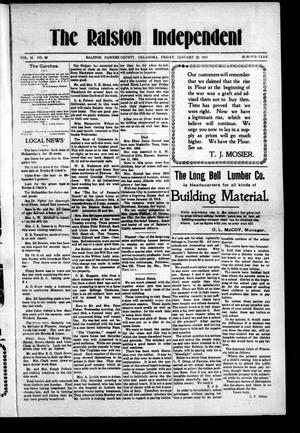 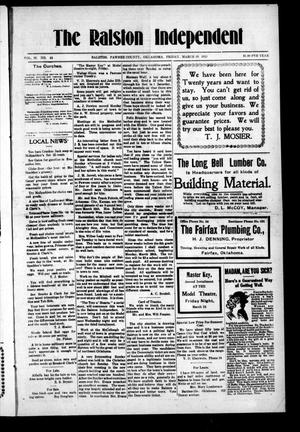 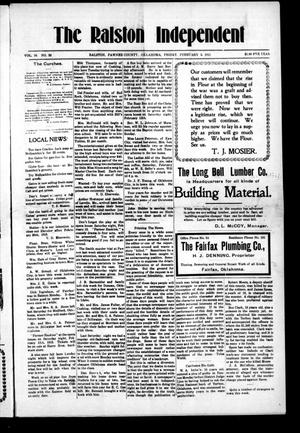 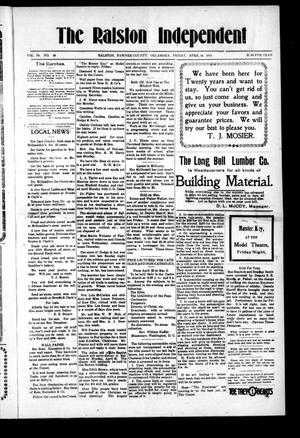 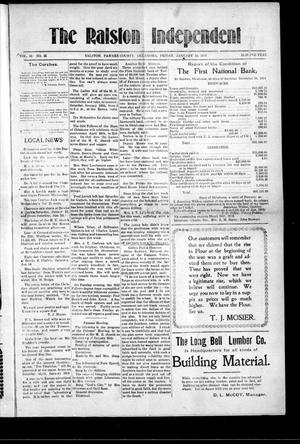 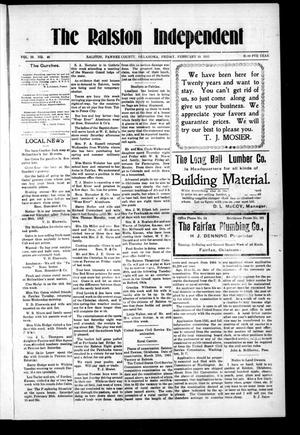 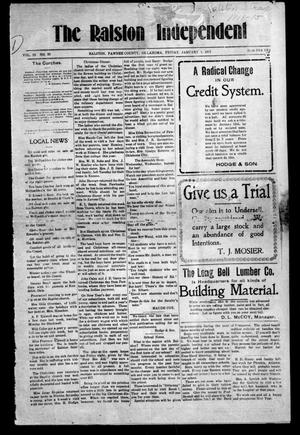 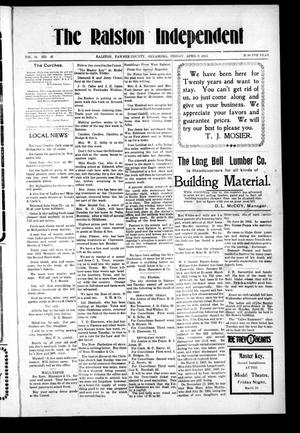 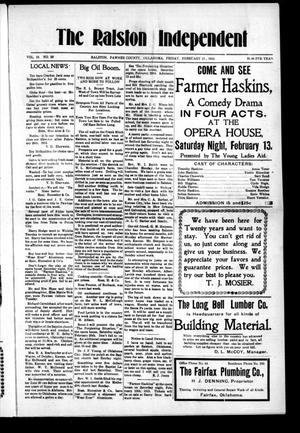 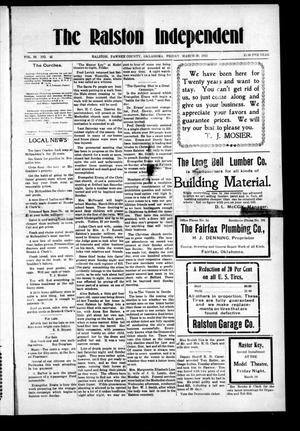