Quinlan Mirror was a weekly Republican paper that began in 1903. In 1907 it had around 500 subscribers. It began as a four-page paper but eventually expanded to eight pages with six columns. It was the official paper of Quinlan.

The paper published every Thursday and measured 13 by 20 inches. W.B. Tipton served as editor and publisher and a subscription could be purchased for one dollar for a year. It was also referred to simply as the “Mirror.”

In 1910, it was published by the Quinlan Publishing Company and F.M. Hammer served as the local editor and manager for the newspaper. Parts of the newspaper were made up of ready-prints. Later in 1910, McPherson & Tipton were listed as the editors and publishers of the newspaper. It ceased publication in 1913. 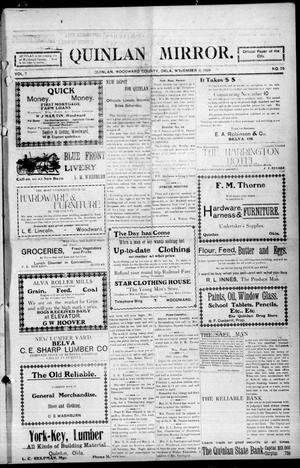 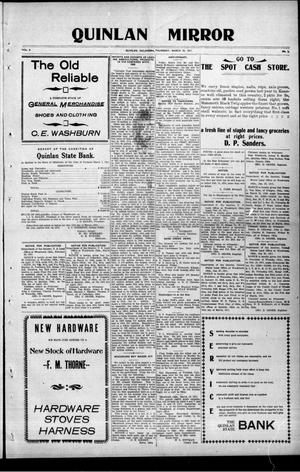 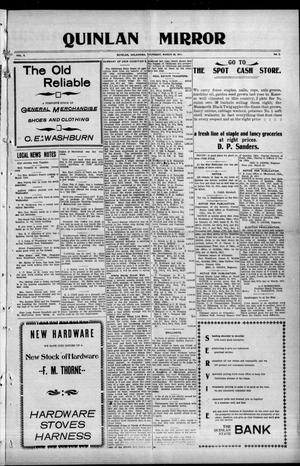 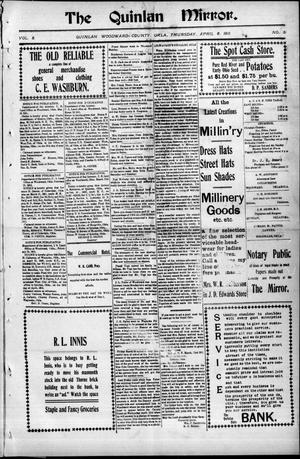 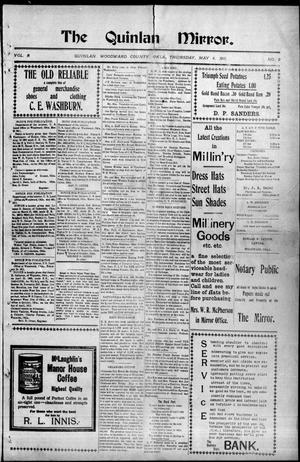 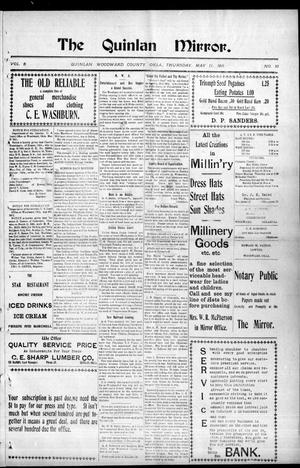 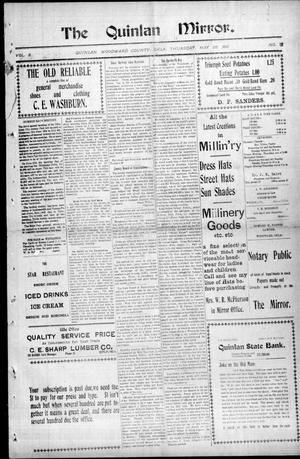 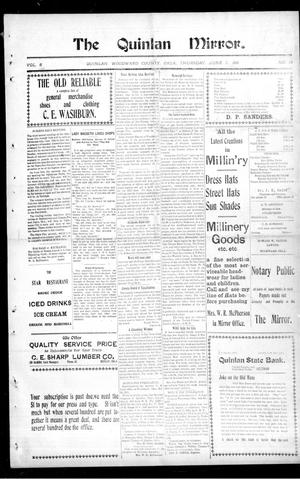 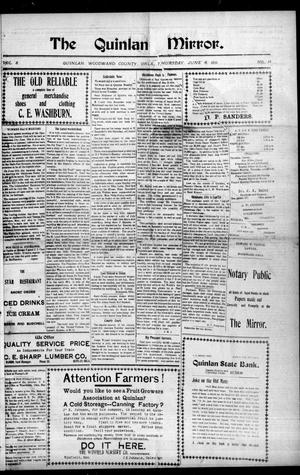 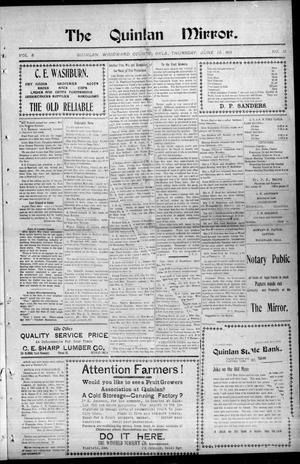 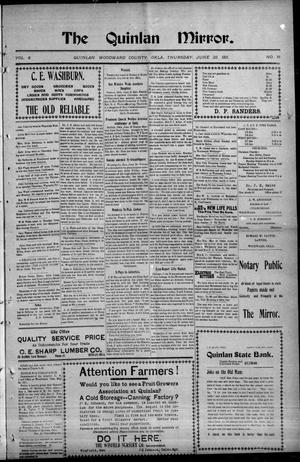 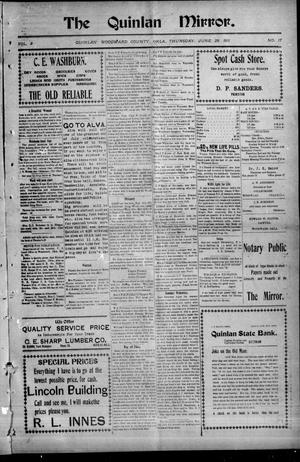