Organized in 1890 by the first territorial legislature of Oklahoma, the University of Oklahoma in Norman began its first school year on September 15, 1892, with fifty-seven students. Just five years later in 1897, the first student newspaper, the University Umpire, first appeared. The Umpire would later be revamped as the University Oklahoman, then again as the Oklahoma Daily in 1916. More than a century later, the Daily continues to serve the students of the University.

Shortly after the Umpire began printing, the staff appealed to the university for a class in newspaper fundamentals, and in 1913, the Oklahoma State Board of Education approved of a separate journalism school to be located within the College of Arts and Sciences. This new School of Journalism issued single-page clipsheets sent to newspaper publishers all over the state for reprinting called the University of Oklahoma News-Journal. This was later re-titled to the University and Editor and became the official organ of the Oklahoma Press Association. In 1920, the paper was expanded to four pages and given the new title Sooner State Press. The Press continued to serve the newspaper industry of Oklahoma at least through 1975.

Other schools and departments within the University published their own newspapers and newsletters. In 1901 the Administrative Office started issuing the University News-Letter with “items of interest regarding University affairs”. The School of Music began printing the Conservatory News in 1903. In the 1920s the Extension Division sent out the Extension News Letter, and a decade later in the 1930s, parents of students were receiving the O.U. Campus News to learn about the latest happenings on campus. The University of Oklahoma has a rich history of journalism and publishing that began just after the school began its first semester, and it continues to this day, 125 years later.

It includes The Sooner State Press, which was founded by H.H. Herbert, a professor emeritus and administrator for 46 years at the School of Journalism, which published The Press weekly minus late summer hiatuses from 1920-75.

But its heart begins with the University Umpire, which was published semi-weekly between 1897-1903 and was the first student-run newspaper for OU. In 1903, the paper was renamed the University Oklahoman a title it held through 1916. On Sept. 18, 1916, under the leadership of editor Willard H. Campbell, the paper changed its title once more, to The Oklahoma Daily. It holds that trade name to this day, though in recent years it has commonly been known in name and branding simply as The OU Daily, or The Daily.

The Daily went digital with one of college media's first websites on April 19, 1995, as a Daily columnist and friends of Middle Eastern descent launched the site so people beyond Oklahoma could read news from the state. From 2006-08, its web presence merged with the Sooner Information Network in a student portal named the HUB. In 2008, it separated anew and redesigned into OUDaily.com, which remains its online home today, drawing an average of 5 million visitors annually in recent years.

In all its forms, for more than 100 years, The Daily has been the only independent, student-run media outlet dedicated to serving OU's students, faculty, staff, and alumni on campus, in the state and around the world. The pages available in this Collection show that span of coverage in the printed form as it has evolved from 1916 to present day.

The Oklahoma Daily is one of the nation's leading college newsrooms. It has won 47 major national organizational awards – including seven Associated Collegiate Press Pacemakers, which are known as the Pulitzer Prizes of college media; 15 Columbia Scholastic Press Association Gold Crowns; and three ACP/College Media Association Pinnacle Awards. Individually, its students have garnered state, regional and national honors at every level, including most prominently, 25 Hearst Journalism Awards. Its alumni work in media and related fields around the state, nation and world and include multiple Pulitzer honorees.

This collection was digitized with the generous support of Inasmuch Foundation in 2020. The grant has provided the Carl Albert Congressional Research and Studies Center and OU with the opportunity to offer an indispensable community resource, online and free of charge, for research, entertainment, or simply historical gratification. 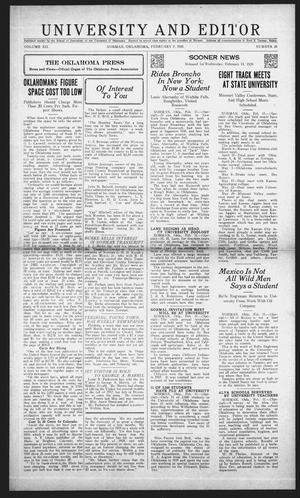 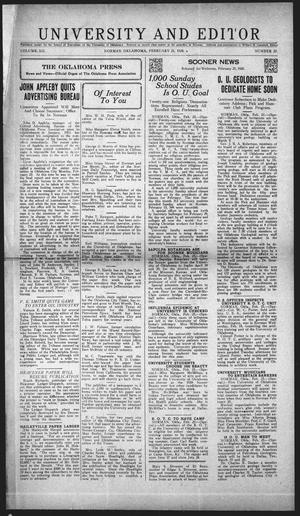 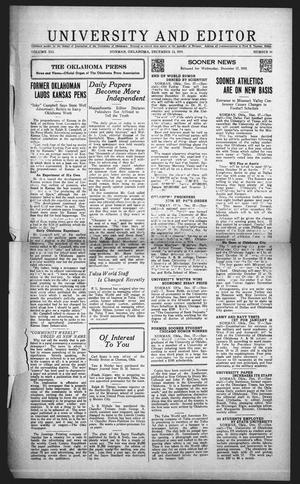 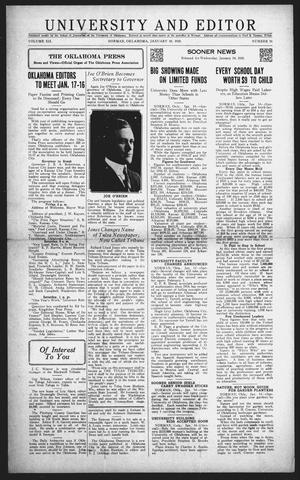 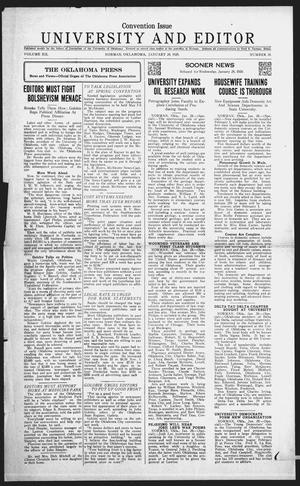 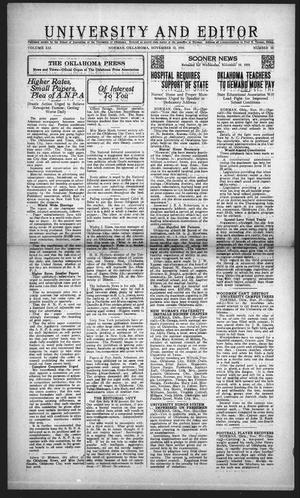 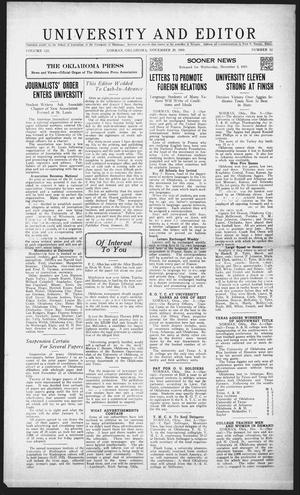 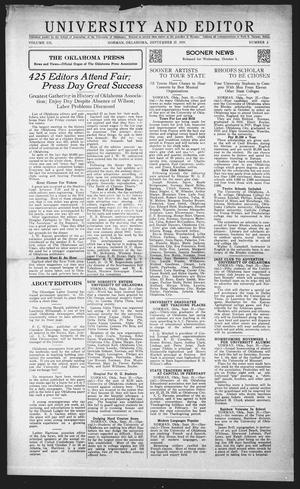 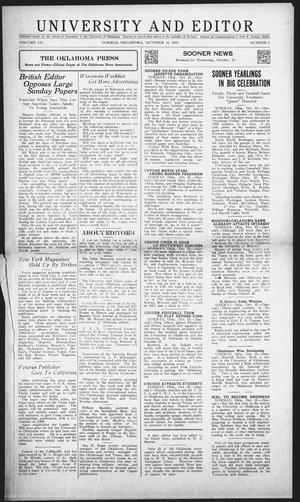 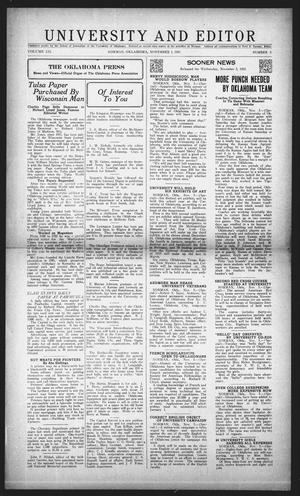 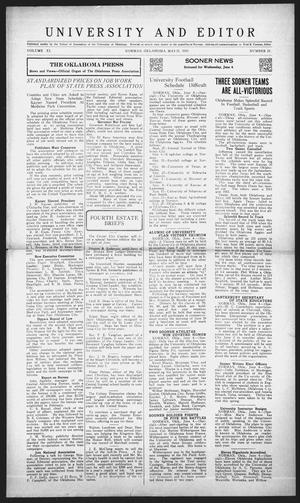 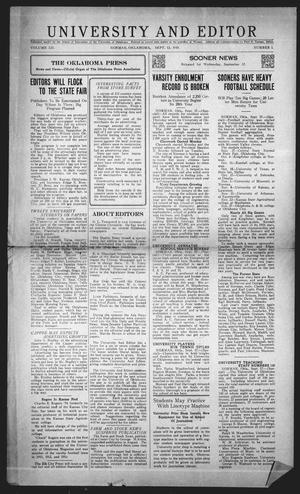