The Oklahoma Eagle is the oldest continuously published Black newspaper in Oklahoma and has served as the voice of Tulsa’s Black community since it was first issued in 1922. The story of the Eagle began in 1912 with Andrew Jackson “A. J.” Smitherman’s newspaper, the Muskogee Star. Smitherman first published the Star on July 12, 1912 but moved to Tulsa early in 1913 and renamed his paper the Tulsa Star. He was drawn to the Greenwood District in Tulsa, a highly prosperous neighborhood known as “Black Wall Street”. The new Tulsa Star championed Black causes, promoting progress and stability within Tulsa's Black community until its dramatic and untimely demise following the Race Massacre of May 31, 1921. After a Black man was accused of assaulting a white woman, hundreds of white Tulsans invaded the Greenwood neighborhood, killing many of its residents and burning most of the buildings, including the offices of the Tulsa Star. Along with many of his neighbors and friends, Smitherman fled the city shortly after the Massacre, but not before selling the remnants of his business to Theodore Baughman. Baughman used the Star’s original presses to start printing the Oklahoma Eagle in 1922. The paper, however, was not a financial success, and he eventually sold to Edward Lawrence “E. L.” Goodwin in 1936.

Like A. J. Smitherman, the Goodwin family moved to Greenwood because of its potential for economic opportunity and a better life that was nearly impossible to find elsewhere. James Henri and Carli Greer Goodwin established roots in the community, and they would be one of the few Black families to survive the Massacre and remain in Tulsa. In 1936, their son Edward Lawrence purchased the Oklahoma Eagle and became a prominent leader and advocate of the community. To the masthead he added the phrase “We Make America Great When We Aid Our People”, and these words have served as a mission statement for the paper ever since. During World War II, E. L. Goodwin used his publication to highlight the efforts of Black soldiers fighting overseas; he celebrated as the walls of segregation began to crumble, and he never let Tulsa forget its violent past.

The Oklahoma Eagle operated as a family business, and accordingly, all three of Goodwin’s sons worked at the paper. Starting as children delivering the papers and cleaning the presses, Edward Jr., James, and Robert, would all eventually serve as editor, publisher, and president at different times. Ed Jr. obtained a degree in Journalism from Pittsburg State University in Kansas. James attended Notre Dame and was one of three Black graduates in 1961. He returned home to attend law school and became an advocate for civil rights and social justice. Robert studied theology in San Francisco and was later appointed by President George H. W. Bush as the executive director of the White House Initiative on Historically Black Colleges and Universities. All three men, along with their father, have been inducted into the Oklahoma Journalism Hall of Fame. After their father’s death in September 1978, James and Robert continued the paper as co-publishers and printed a Historic Edition on November 2, 1978 dedicated to their late father. The issue included a special tribute to Ed Sr., as well as the history of Greenwood and a profile of the Massacre.

Around this same, the Eagle began publishing separate editions for Black communities in other cities. The New Community Guide started printing in Lawton as early as 1969, was re-titled to the Lawton Community Guide in February 1978, and in June of that year became the Lawton Oklahoma Eagle. This edition continued at least through 1987. The Muskogee Edition of the Oklahoma Eagle likely began publication in late 1974. In December 1978, it was expanded to include the city of Okmulgee and started printing as the Muskogee Okmulgee Oklahoma Eagle in June 1979. This edition lasted at least through 1992. The first issue of the Wichita Observer appeared on October 26, 1978 in Wichita, Kansas, and printed at least through the following June. And while the Eagle was traditionally published weekly, the last half of the 1970s saw the addition of a Sunday edition and a short-lived Monday edition.

The Goodwin family and their Oklahoma Eagle newspaper have made an indelible mark on the city of Tulsa and the state of Oklahoma. Edward Sr. gave a voice to a community that has historically been silenced, and with his family he built one of the most influential Black newspapers in the nation. James Goodwin continues to publish the Eagle each Thursday, and he continues his family’s legacy of social advocacy using his father’s motto as a guide: “We Make America Great When We Aid Our People." 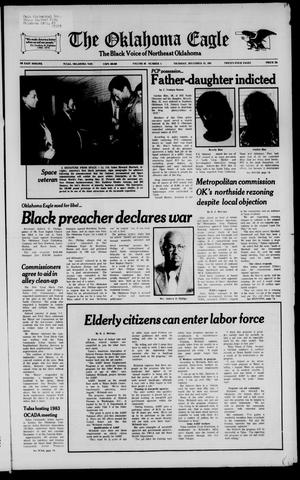 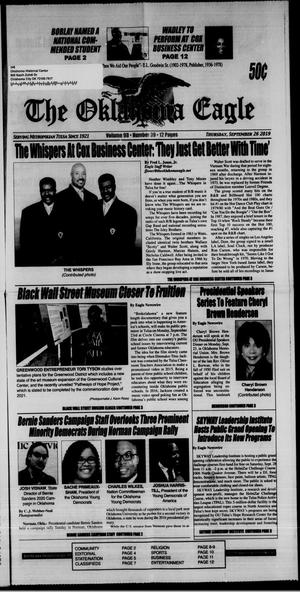 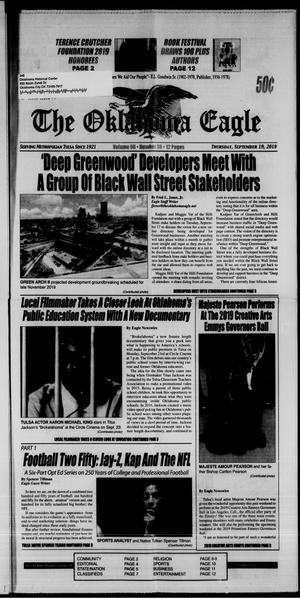 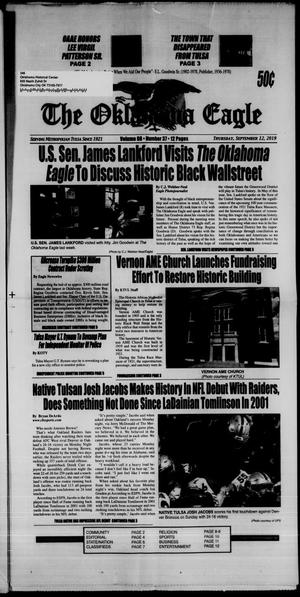 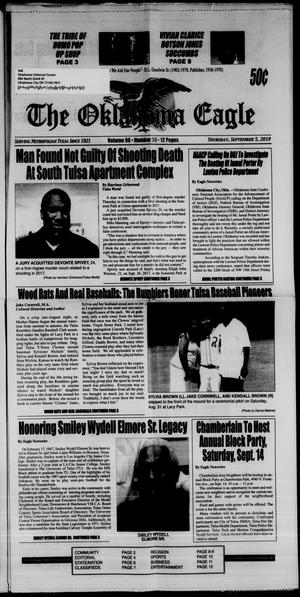 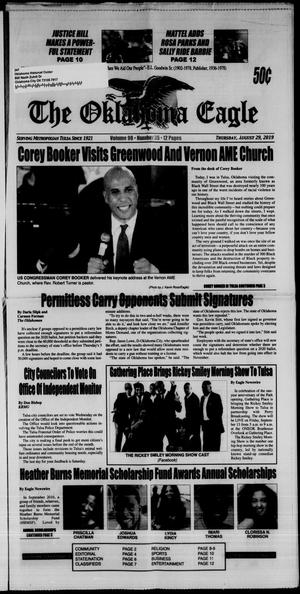 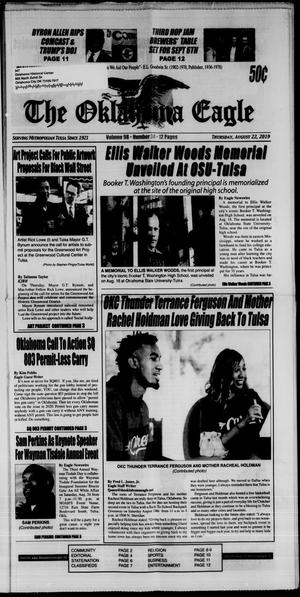 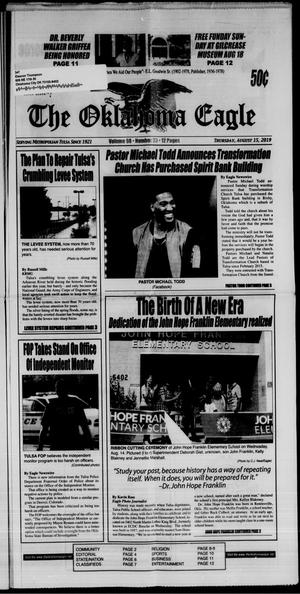 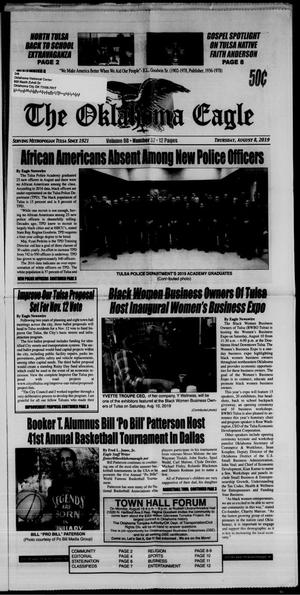 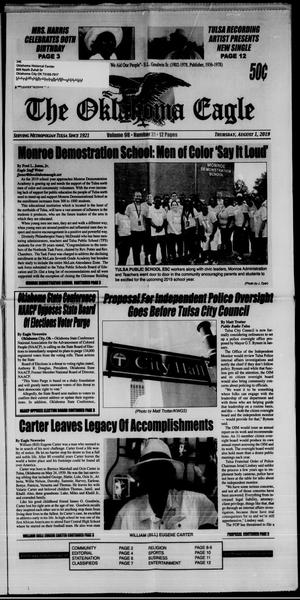 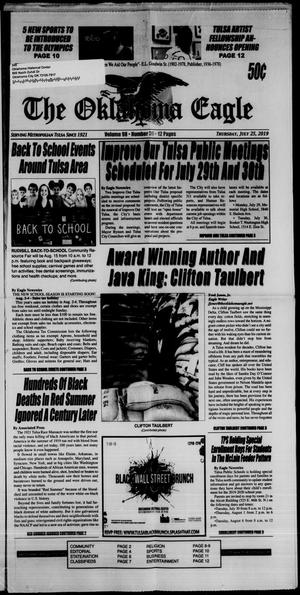 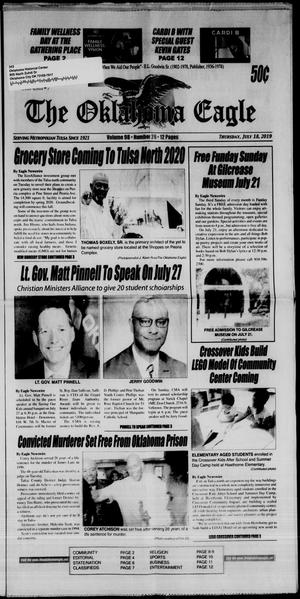