One of the most remarkable aspects of Czech-American culture was the development of a Czech-language press. At least 326 Czech serial publications were established during the period 1860–1910, and they helped to maintain a sense of the Czechs as a distinct ethnic group in spite of religious and cultural divisions within Czech centers in various parts of America, and the lack of a Czech national state in Europe to provide a unifying symbol prior to 1918. Because of the relatively low population in Oklahoma, efforts to establish independent Czech newspapers were not very successful, although during the years 1905–10 there were at least three such publications, notably the weekly Český Oklahoman (Czech Oklahoman), published by the Bohemian Printing and Publishing Company in Oklahoma City. However, special Oklahoma editions of Czech periodicals published outside the state were popular and successful for many years. Beginning in 1905 the Geringer publishing house in Chicago produced a special semiweekly edition of its Czech newspaper Svornost called Oklahomské Noviny (Oklahoma News) in Oklahoma City for about fifty years. The National Printing Company of Omaha, founded by Jan Rosický, for several years also published a Czech newspaper aimed at Oklahomans, the Česko-Slovanský Obzor (Czech-Slavic Horizon).

The Encyclopedia of Oklahoma History and Culture 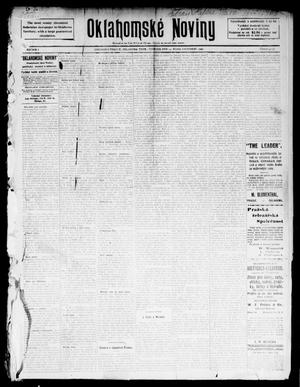 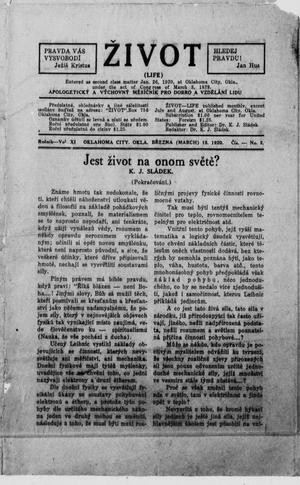