Ingle came from Purcell, Oklahoma where he had established the Purcell Register. The Nroman Transcript began as a weekly newspaper published on Saturdays but moved to Thursdays because of its Republican affiliations. In his salutary editorial in the first issue, Ingle explained the newspaper's mission as being dedicated to the progression of Norman as well as the prosperity of the residents.

The first issue appeared with four pages and seven columns. By the second issue, the paper had expanded into eight columns and used a larger type. By 1900, the paper consisted of eight pages and measured 15 by 22 inches. From 1905 to 1906 the paper's circulation expanded from 1,000 to 1,240. In 1912, J. J. Burke replaced Ingle as the editor of the paper. He had previously worked for the Oklahoma Times-Journal and the Daily Oklahoman. During Burke’s tenure, he moved the operation to a new building on East Main Street and merged with the Cleveland County Enterprise in 1917. As a result of the merger, the Transcript was converted into a tri-weekly paper until 1920 when the Enterprise was discontinued. 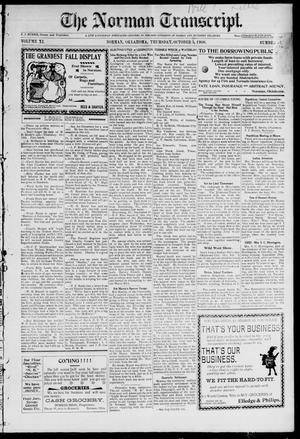 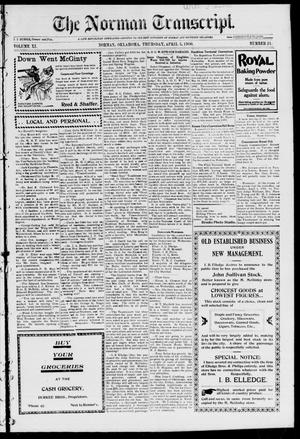 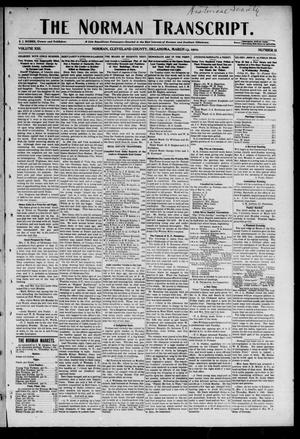 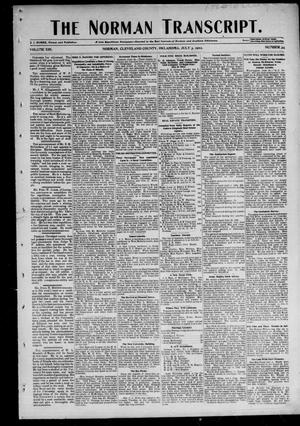 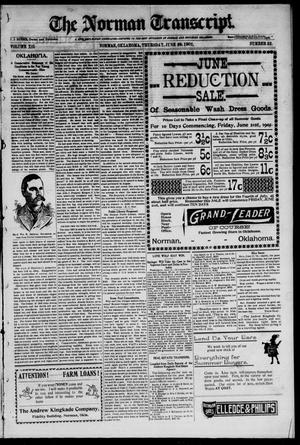 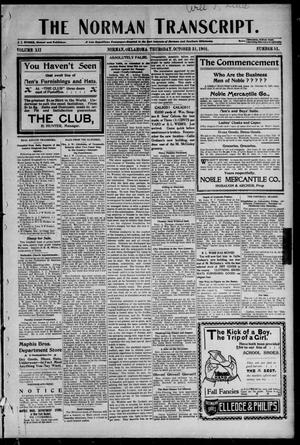 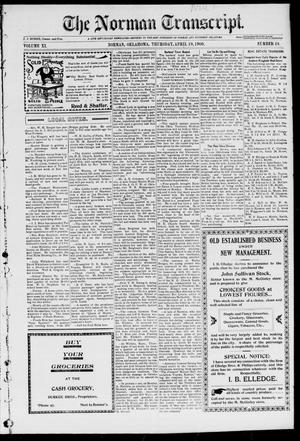 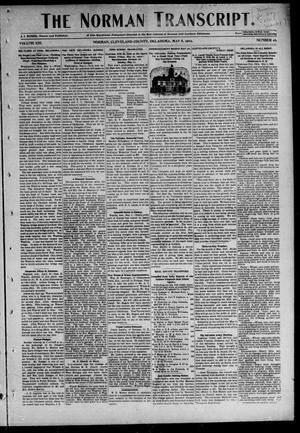 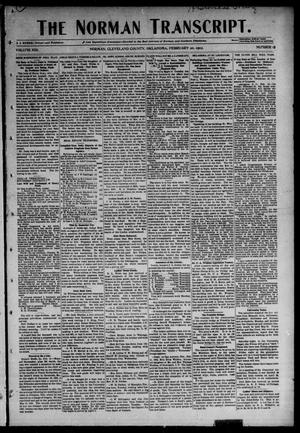 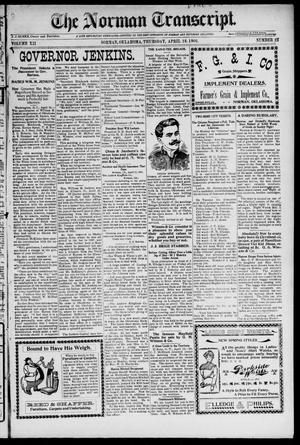 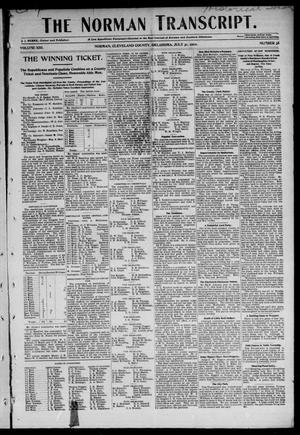 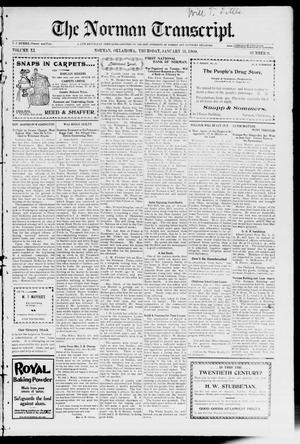