The Mulhall Enterprise was published by Willis B. Ehrman starting in 1894. It was a four-page, seven-column newspaper measuring at 18 by 24 inches. It circulated every Friday with D. C. Dwinnell as the editor and James H. Scarr as the general manager. A subscription could be purchased each year for one dollar in advance.

The Mulhall Enterprise became an “Independent Free Silver” advocate and stated: “Our Platform: We demand the free and unlimited coinage of both gold and silver at the ratio of 16 ounces of silver to 1 ounce of gold…” By 1900 the Enterprise was being printed on Fridays with Tom B. Woosley as the editor and the Woosley Brothers as publishers. In 1902 the publisher changed to H. W. McCormick. In 1907 the Enterprise became a supporter of the Republican Party and increased their pages to eight and measured 15 by 22 inches and the new editor and publisher was A. B. Wood.

Other newspapers in circulation at the same time as the Mulhall Enterprise were Mulhall Chief, and independent political publication, the Monitor, a newspaper dedicated to local affairs, Mulhall Tribune, and State Journal, a supporter of the Republican Party. The Mulhall Enterprise served the town of Mulhall, Oklahoma from 1894 to 1911 where it was succeeded by the Guthrie Weekly Star. 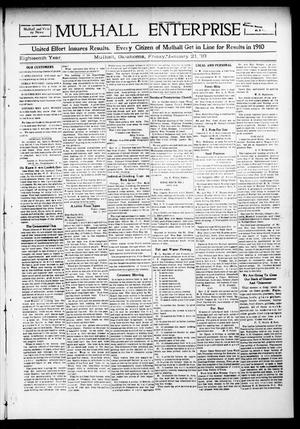 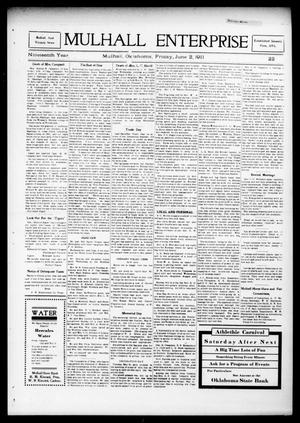 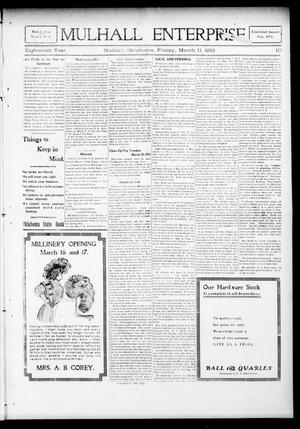 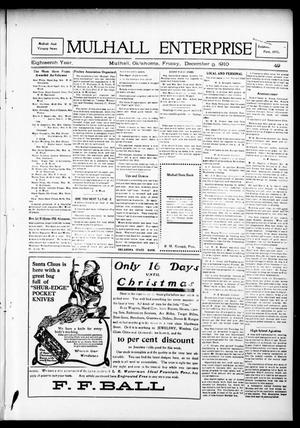 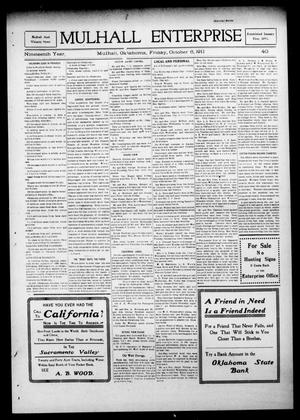 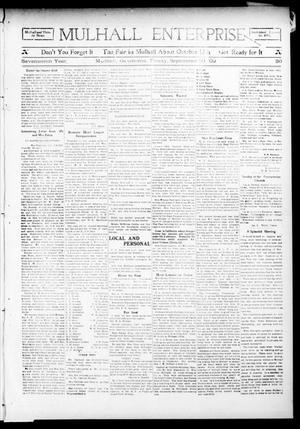 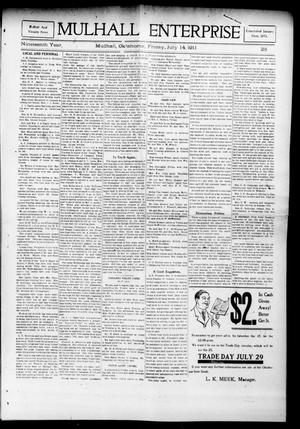 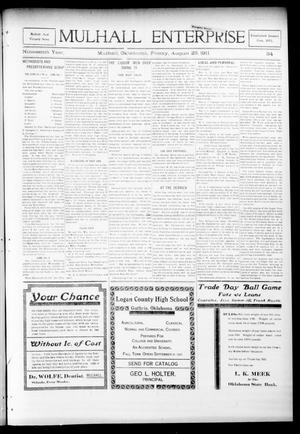 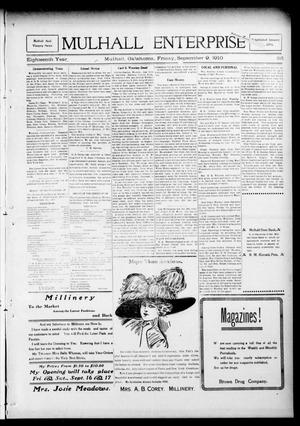 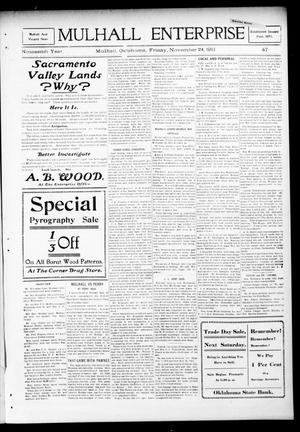 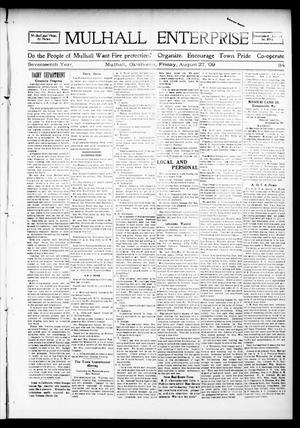 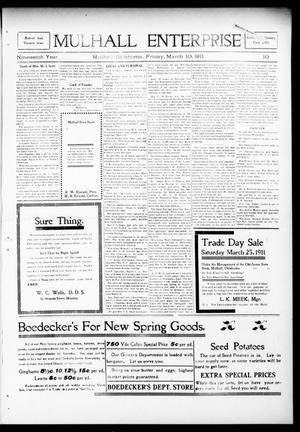