The Lawton Constitution, the pioneer paper of Comanche County, was established in 1903 as a successor to the newspaper, the Elgin Eagle. The paper had both daily and a weekly edition and affiliated with the Democratic Party. The daily edition was published daily save for Sundays, and the weekly was issued on Thursdays.

In 1905, the Constitution Company published the paper and J. Roy Williams served as editor. S. K. Rush and H. M. Tilton were listed as managers. In volume three, James H. Timmons takes over as the manager of the paper. Both papers measured 15 by 22 inches. The daily paper cost four dollars per year, while the weekly cost one dollar per year. From 1906 to 1907 the daily had a circulation of 500 and the weekly had 1,625 subscribers. The next year the weekly reported a circulation of 2,267. John N. Shepler purchased the Constitution and took over the position of editor.

In 1907 the Constitution merged with The State Democrat to become the Lawton Constitution-Democrat. The paper was published daily and weekly with T. M. Bixby as the editor. A year"s subscription was three dollars, and the paper claimed to be the “official newspaper of Comanche County and the City of Lawton.” In 1911 the paper resumed publication as The Lawton Constitution. 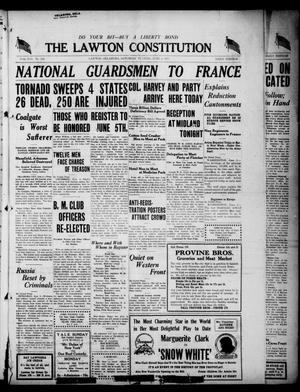 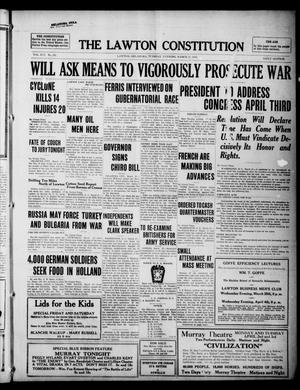 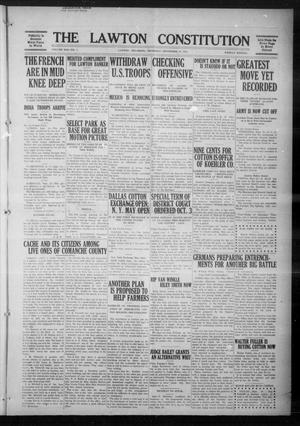 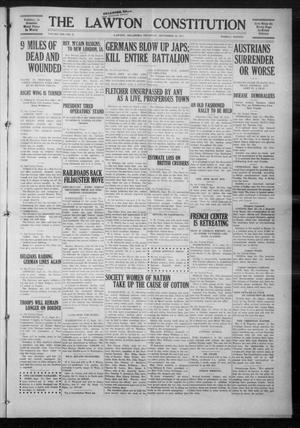 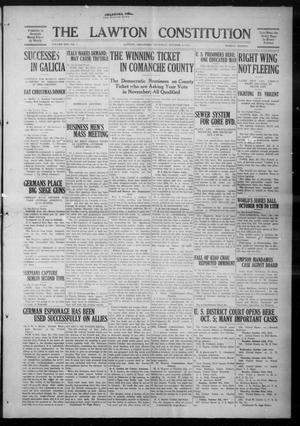 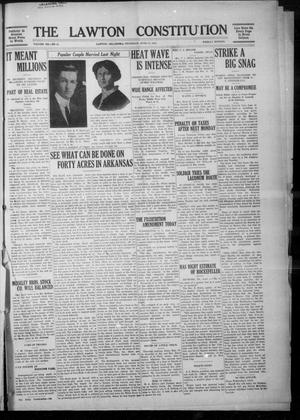 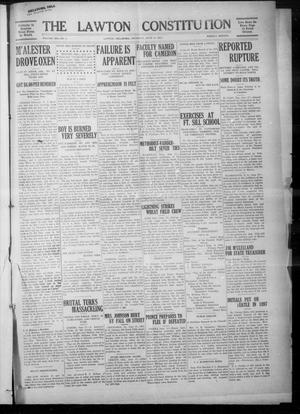 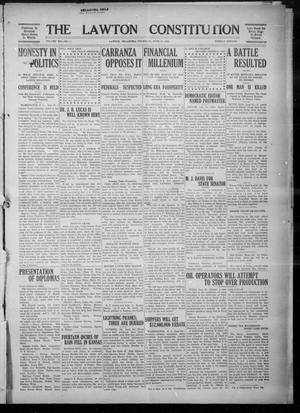 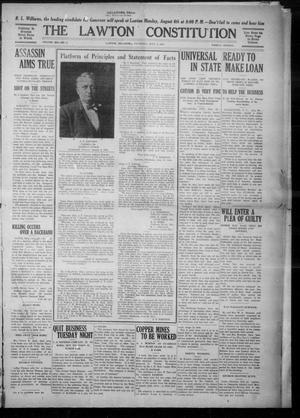 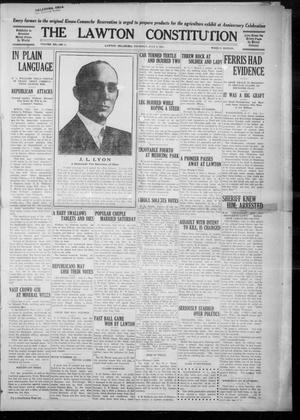 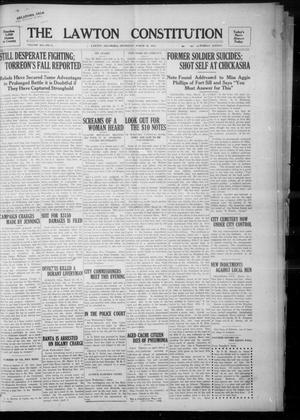 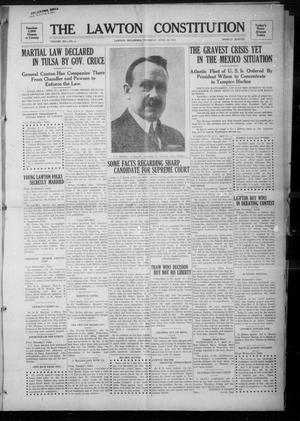