The paper had eight pages of four columns and measured 11 by 16 inches. A years’ subscription cost one dollar per year. By 1905, the paper featured twelve to sixteen pages and Nichols was no longer the editor. The Chief Publishing Company was still listed as the publisher.

The Konawa Chief-Leader was comprised of the Chief and the Leader and published out of Konawa, Oklahoma. The paper was published every Friday and featured eight pages with five columns each. Measuring at 13 by 20 inches, the weekly cost one dollar per year.

H. W. Hoffman and Perry C. Isom were listed as the owners and the Chief-Leader Publishing Company as the publishers. In 1906, the weekly was affiliated with the Republican Party and was published in the interest of local affairs and politics. By 1907 the weekly had grown to ten pages and had a change in management. M. J. Cox was listed as the editor and manager. The paper continued under the name Konawa Chief-Leader until 1922 when it changed to the Konawa Leader. 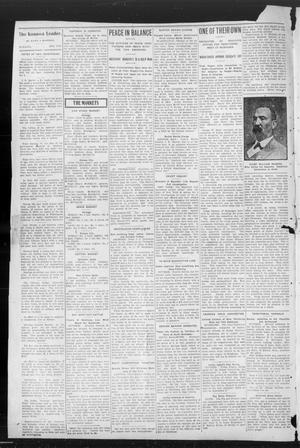 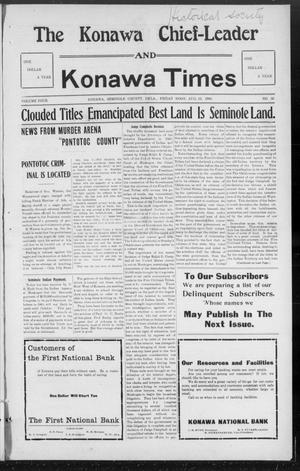 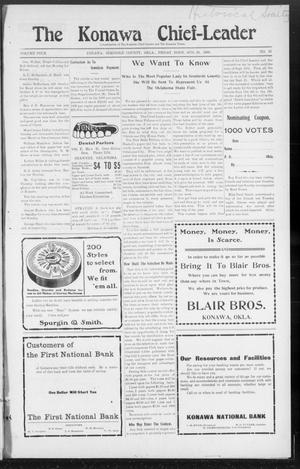 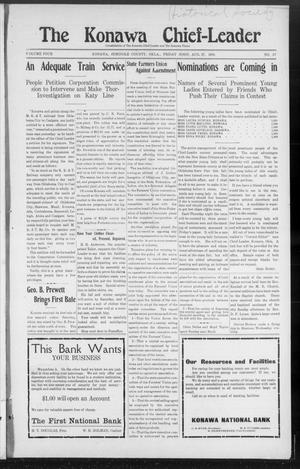 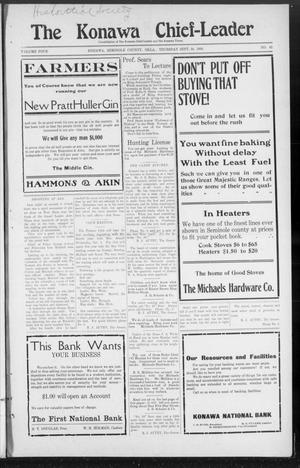 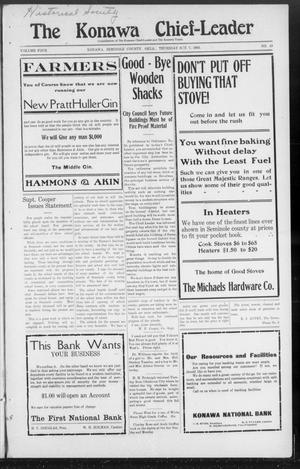 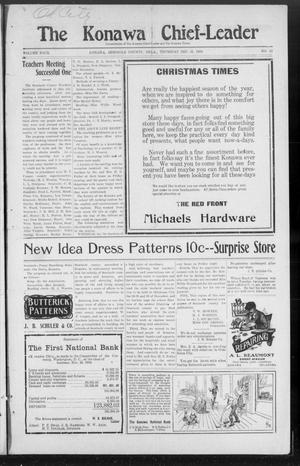 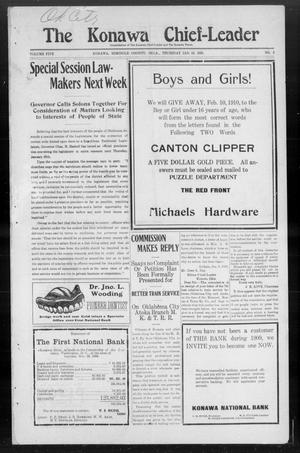 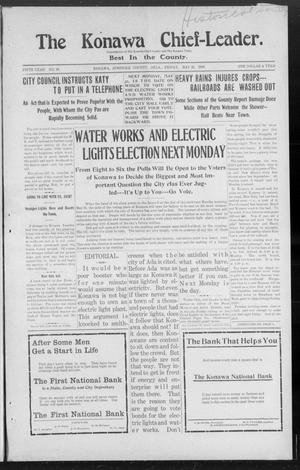 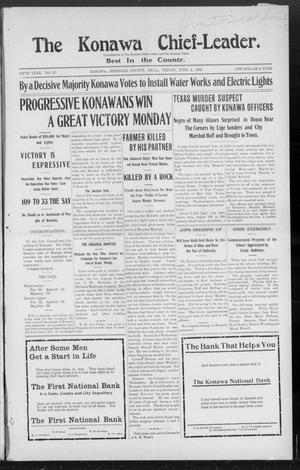 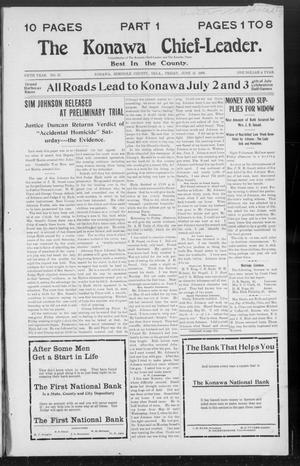 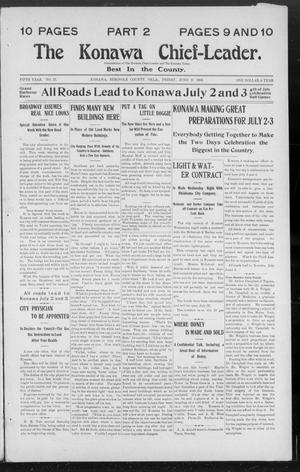 The Konawa Chief-Leader in The Gateway to Oklahoma History. Oklahoma Historical Society. https://gateway.okhistory.org/explore/collections/KONAWA/ accessed May 17, 2022.