Victor Harlow published the first issue of Harlow’s Weekly on Aug 17, 1912. Born in Chantilly, Missouri, Harlow eventually moved to Oklahoma Territory in 1904 where he founded several newspapers including the Carrier Herald, the Enid Democrat, and the Shawnee Daily Herald. By 1912, he had moved to Oklahoma City, formed the Ratliff-Harlow Printing Company, and begun publishing Harlow’s Weekly. He sold the printing company in 1915, and shortly afterwards formed the Harlow Publishing Company around his increasingly popular weekly newspaper. During this time, Harlow discovered new vigor and purpose and soon became a leader in the development of Oklahoma’s civic, political, and religious communities. He garnered significant influence and stature that he would maintain until his death in 1958.

While Victor Harlow was the President of Harlow’s Weekly, composing, editing, and publishing the paper was a joint effort between Victor and his brother, Rex. Through their efforts the publication became recognized as a major political, commercial, economic, social, and historical influence in Oklahoma’s life. With the tagline of “If It’s in the Harlow’s Weekly its Worthwhile” and its claim to provide “logical thinking and accurate information”, it was a valuable resource for all Oklahomans. Poetry and short stories by Oklahoma writers were published, and minority groups were acknowledged and assisted through columns such as “Women in Oklahoma Politics”, and “Oklahoma Indian Affairs”. A strong statewide presence was maintained by reprints of its editorials in newspapers throughout Oklahoma. Besides the magazine itself, Harlow issued up-to-date supplements with pertinent information for lawyers, county officials, and business owners concerning emergency legislative measures.

Harlow’s Weekly was distributed around the nation until it ceased publication in January 1940. 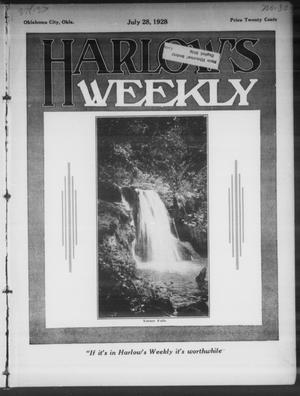 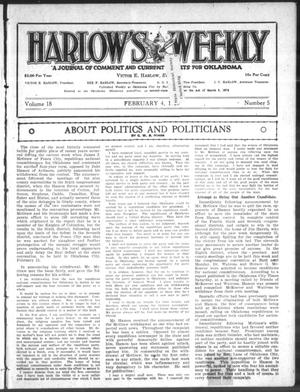 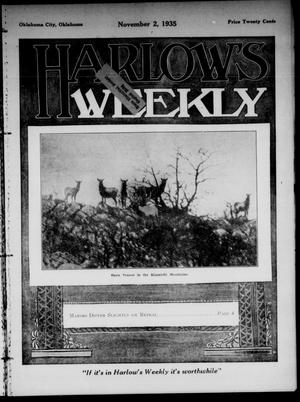 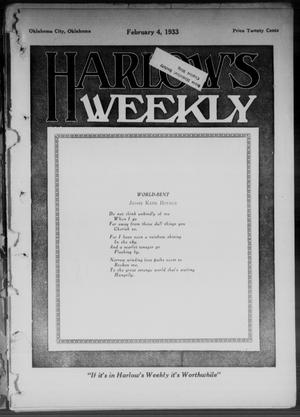 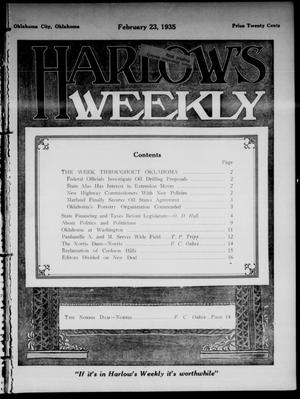 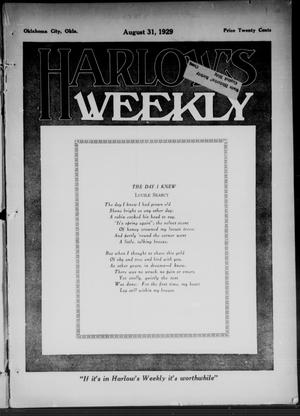 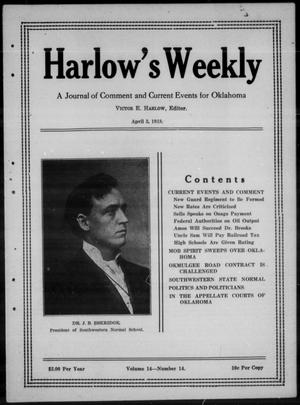 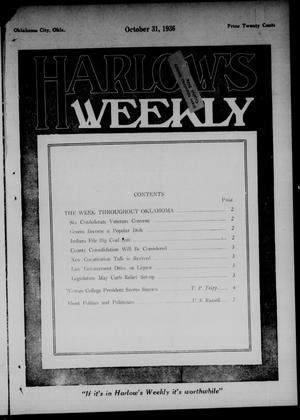 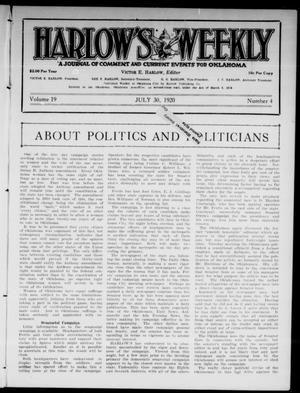 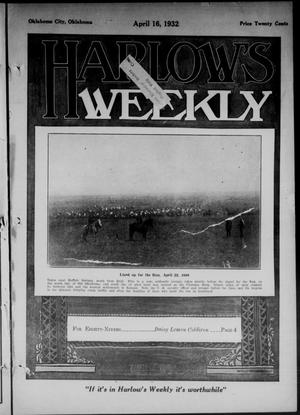 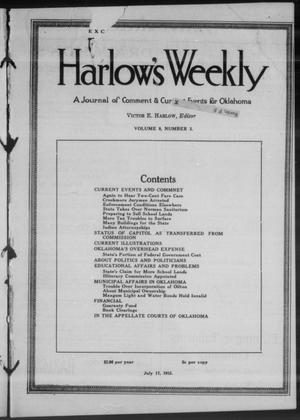 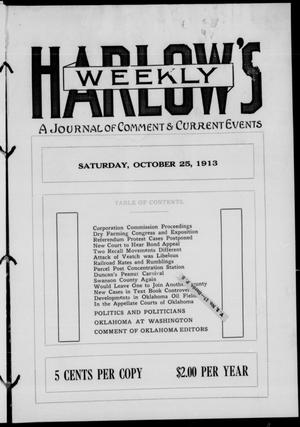