Hooker Advance began February 19, 1904. It was a predominately Republican newspaper, edited and published by Jesse S. Moffitt. It was a four-page paper, measuring 17 by 24 inches that utilized patent sheets. J. Henry Shields served as editor when Moffitt was absent. The building and press for the Hooker Advance were both destroyed by a fire in June of 1908 that destroyed over half of the business district of the town of Hooker.

A yearly subscription was one dollar and its circulation was around between 700 and 1000 in 1907. Its banner read “The Best Paper, Circulated Among the Best People in the Best Town on Earth.” In October of 1908, it began displaying the seal of Oklahoma on its banner. It is still currently in circulation.

An excerpt from June 5, 1908, reads, “…The town was filled with the usual Trade day crowd. The fire evidently started under the rear end of the Hughes building on the third lot west of the Hixson corner, which was occupied by Mrs. Atterbury’s restaurant. It is said that some burning rags were carried from the restaurant to the back yard where they were supposed to have been carefully extinguished, but a spark must have escaped and been carried by the wind under the building where it ignited some rubbish and was soon fanned into a flame beyond all control. In a few minutes, the four other adjoining buildings were a mass of flames.” (Volume 5, number 17) 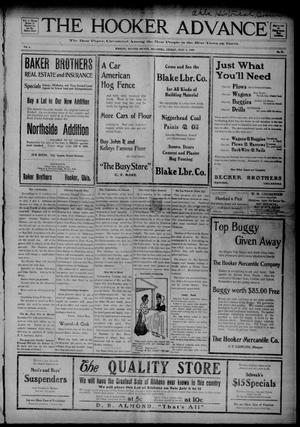 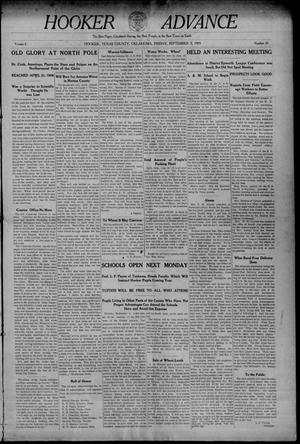 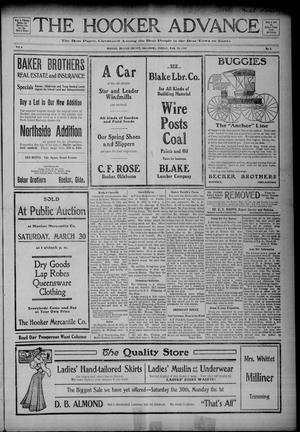 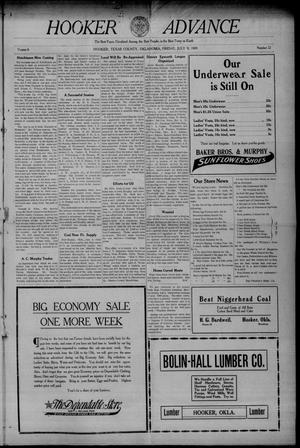 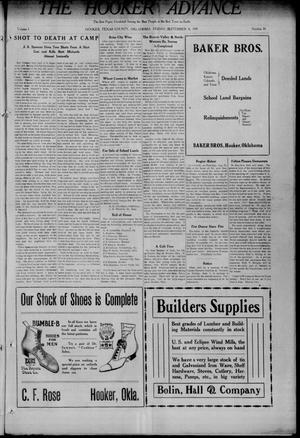 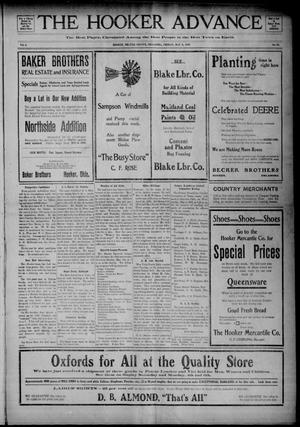 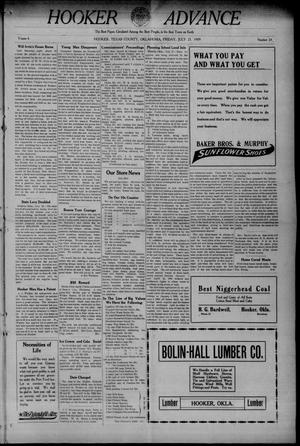 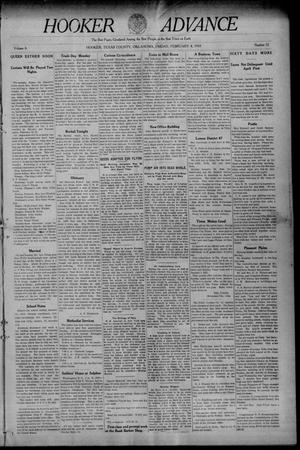 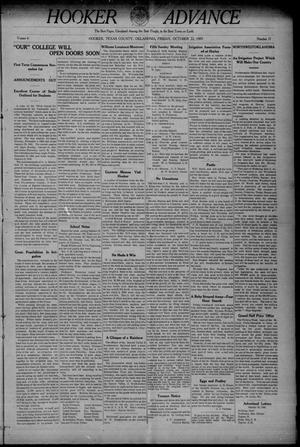 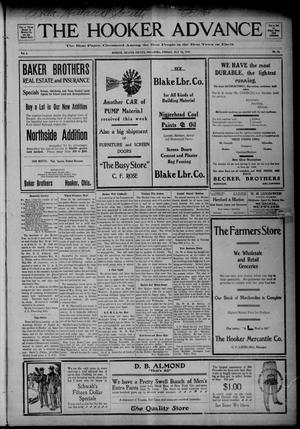 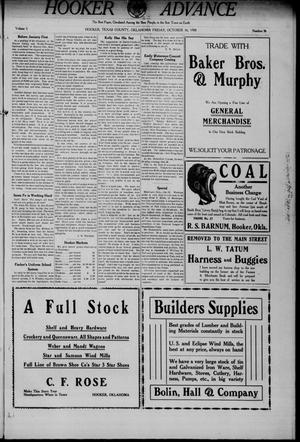 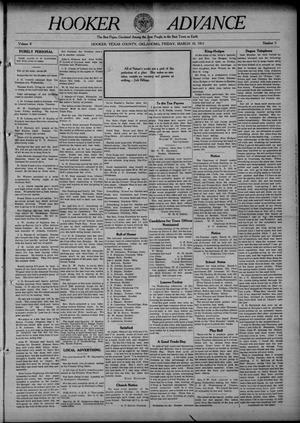 The Hooker Advance in The Gateway to Oklahoma History. Oklahoma Historical Society. https://gateway.okhistory.org/explore/collections/HOOKER/ accessed May 16, 2022.