The Hominy Journal began publication as early as 1920-1921. F. H. Blackford was the publisher and editor in 1934 during the paper's thirteenth year. The Thursday weekly reported almost entirely on local news, including the comings and goings of the local citizenry, and boasted of the bustling entertainment scene. Hominy was home to the Ritz and the Pettit Theatres, for which the Journal provided complete show listings. There were also weekly band concerts, softball games at Graham Park, and numerous swimming holes, fishing places, and picnic grounds. The paper's motto was, “Hominy-A City of 3485 Friendly People-A City of Opportunity.”

The last issue of the Hominy Journal was printed on April 2, 1940. It merged with the Hominy News, which took over the Journal's subscription list, with the hope that a single, combined publication would provide the community with a better newspaper. Beginning April 12, 1940, the masthead read Hominy News with which is combined the Hominy Journal. This continued until Oct 29, 1970. 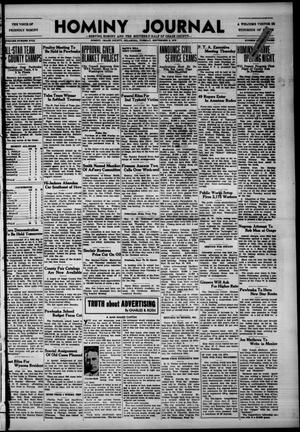 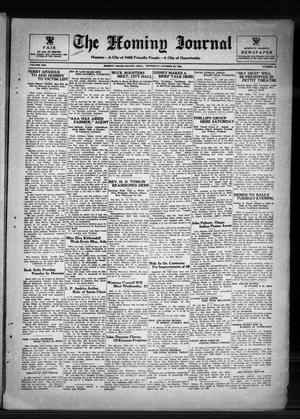 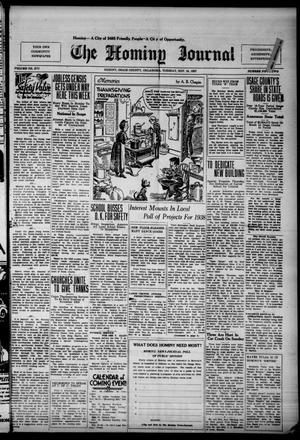 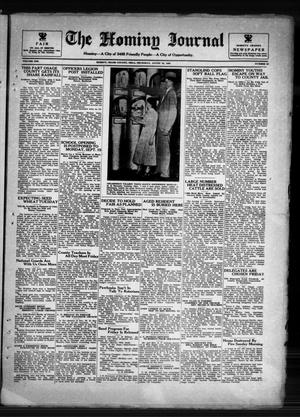 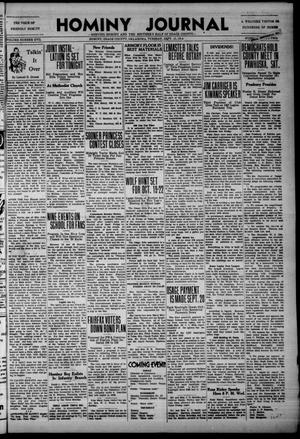 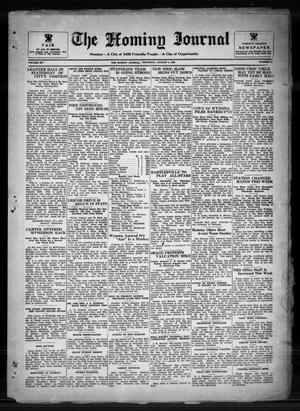 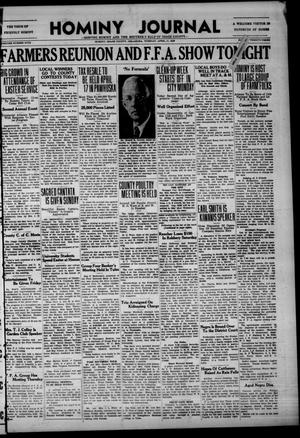 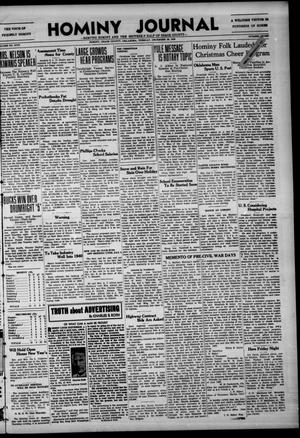 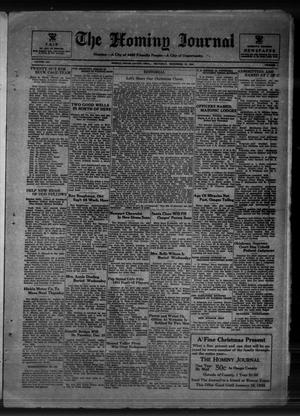 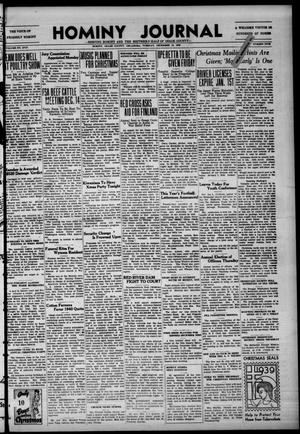 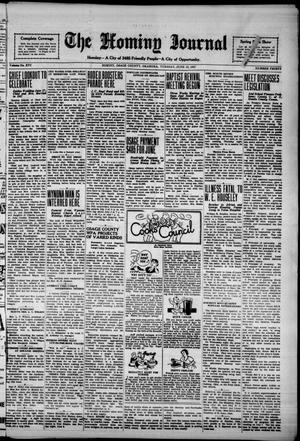 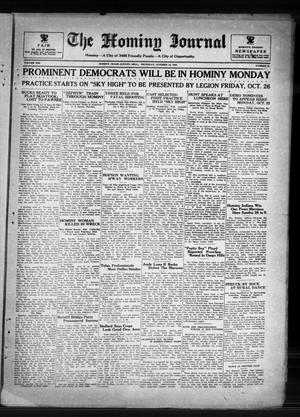