“A Word with Democrats There is no little genuine sympathy for many democrats who honestly believe in democratic principles, and do not want to vote against their party, and yet who are, disgusted with the charter of their candidate for governor, and with some others on the ticket foisted upon them. There are many such democrats, good solid businessmen, who want statehood and an opportunity to develop the resources of the state. These men know in the first place that Mr. Haskell did not honestly gain the nomination. They know that even accepting the padded returns, he was not the choice of a majority of their party. They knew before the primary from their own fears that he was an unfit man and they have learned since that he is not only unfit, but unsafe, and that the election of such a man would be a reproach to the state. ‘These honest, worthy democrats are doing much hard thinking. They do not want to leave their party, but they do not want to see Haskell and others on the ticket defeated. Had an honest, clean man Cruce, been the candidate, they could have been enthusiastic over the outlook from their standpoint, but they have made up their minds not to vote for Haskell, and many will go still further and vote for Frantz,” (The Hobart Republican, Volume 5, issue 28, September 5, 1907).

The Hobart News Republican was published from 1901 to 1906. It was one of three early newspapers in the town of Hobart, the others being Hobart Daily Chief and the Hobart Democrat-Chief. Hobart, in 1903, was nicknamed “ragtown,” and was home to several businesses, a public library, cotton gins, lumber and coal yards, four banks, and more. By 1907, Hobart’s population was over 3,000 people. It was established August 3, 1901, three days before opening of country to settlement. The Hobart News Republican was published and owned by Omer K. Benedict on a weekly basis, and was a consolidation of the Kiowa Herald, Hobart Republican, and the Hobart News. Omer K. Benedict served as the first president of The Oklahoma Press Association (OPA). He also won the republican nomination for governor of Oklahoma in 1926

It was a six-column, eight-page paper, and claimed to “exceed that of any other two county papers.” Specifically, it claimed that the News-Republican had five times the circulation in Kiowa County than its competitors (volume 6, issue no. 11, October 20, 1905). It was published every Friday, and reflected the republican interests, as well as the interests of Kiowa County, Oklahoma Territory, and the Republican Party. Bargains were offered for a prepaid subscription to the paper. It was offered for sixty-five cents a year with a bonus subscription to The American for a brief period of time. An excerpt from the Hobart News Republican reads:

“The News-Republican will do, in this instance, as it has always done—boost the country as best we can. We will do that, no one doubts the truth of that assertion. But the News-Republican wants a little assistance. It wants a committee of citizens to prepare weekly statistics of our cotton, corn, wheat, oats, and other crops, we want pictures of industries of the town; we want it furnished this paper. The News-Republican will do the rest, and at an expense of the actual cost of composition. These papers are going whether the city has anything in it or not. It will reach four thousand actual subscribers in ten different states and will be read by 50,000 different people at the least calculation,” (The Hobart News Republican, Volume 4, issue 52, August 4th, 1905). 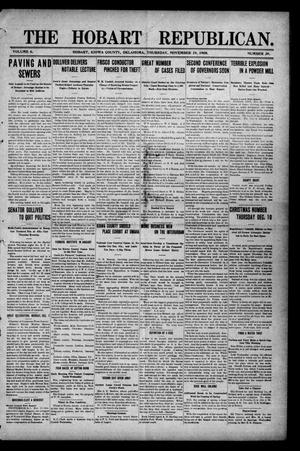 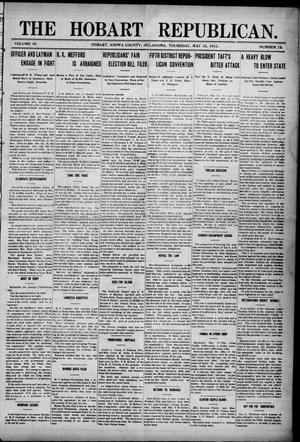 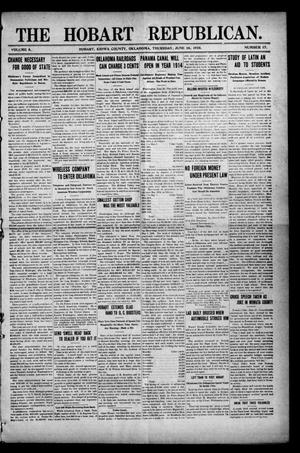 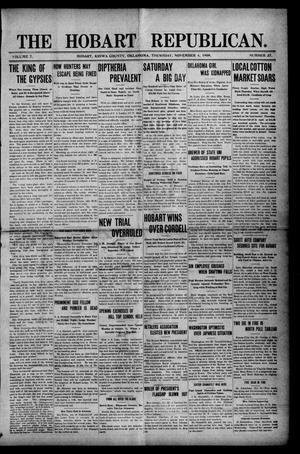 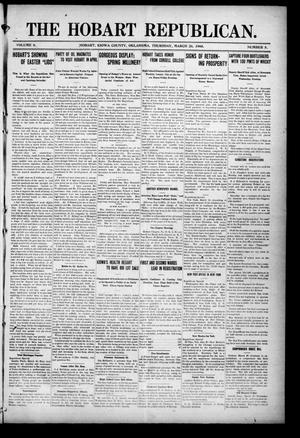 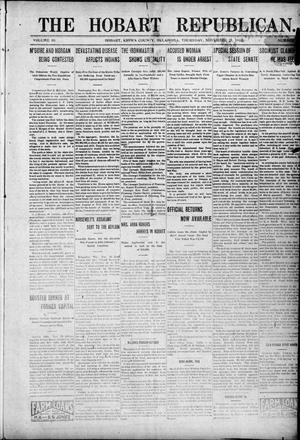 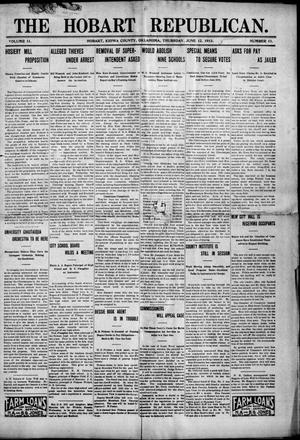 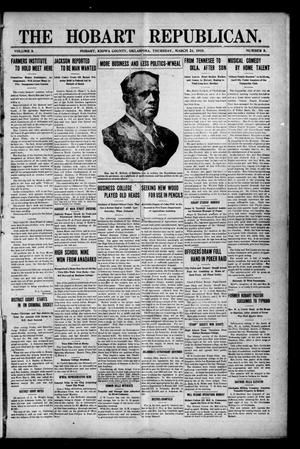 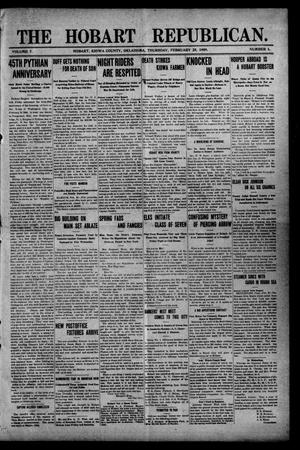 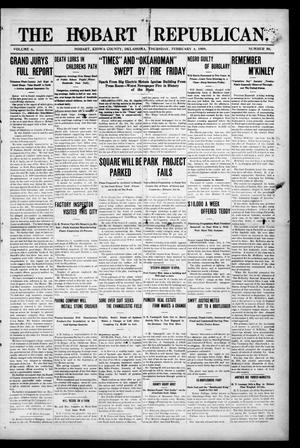 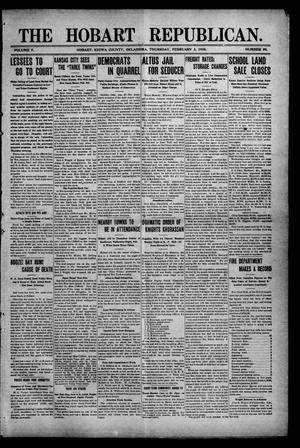 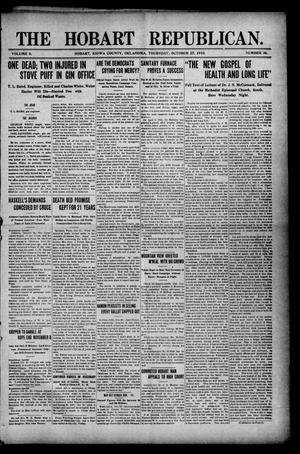 The Hobart News-Republican in The Gateway to Oklahoma History. Oklahoma Historical Society. https://gateway.okhistory.org/explore/collections/HBNRN/ accessed May 16, 2022.