The Hobart Daily Democrat was owned and published by N. B. Crumpacker beginning in 1906. It started on October 8, 1906, and was published daily, with the exception of Sundays. It was preceded by The Hobart Daily News-Republican. For a subscription, it was $0.10 for one week, $0.35 cents for one month (in advance) and $4.00 for a year (in advance). It touted itself as the “best equipped job department in the Southwest. The model print store of Oklahoma and “The White Office.”

An excerpt from The Hobart Daily Democrat reads:

“It was a stormy convention that of the Republicans, as the court house in this city, last Saturday afternoon, when they nominated a delegate to the constitutional convention. It was a battle royal between the Prohibitionists and anti-Prohibitionists. The former won and nominated Edward M. Stringer, a farmer residing six miles southwest of this city. After the organization and appointment of committees, rousing Republican speeches were made by John A. McKeene, Dr. L W. Weatherby, Edward M. Stringer and Thomas Conner. They made a strong plea to the Republicans of Kiowa county to vote the ticket, regardless of the nominee. If the Democrats of this county will profit by this advice, there is no question but that Nominee Tosh will be elected by over 500 majority,” (The Hobart Daily Democrat, volume 5, issue 78, October 15, 1906).

About the Hobart Weekly Chief

Hobart Weekly Chief was published from 1902 until 1909 in Hobart, Kiowa County, Oklahoma. Its banner claimed it was the official paper of Kiowa county, as well as the official paper of the city of Hobart, Oklahoma. In 1905, it was published and edited by Noel & Sherburne. Later in 1905, Sherburne and Mansell are listed as the publishers and editors of the newspaper. The newspaper changed hands a third time in 1905 to C.C. Worrall listed as editor and C.H. Sherburne still listed as the business manager.

The paper was published every Thursday afternoon on a weekly basis. During this time, it was a twelve-page, five-column newspaper. In 1906, Chief Printing Co. was listed as the publisher, and a subscription could be purchased for one dollar per year.

Hobart Weekly Chief had begun as a five-column paper, but quickly expanded to six, and then to seven columns in 1906. The price of a yearly subscription went up to $1.50 in 1908.An excerpt from Vol. 6, no. 5 of Hobart Weekly Chief reads: “The minister of the gospel, who preached on the street corner Thursday, took his text from the Hobart Chief instead of the Bible. We call the advertisers attention to our growing importance and popularity.” In 1909, Hobart Weekly Chief’s banner stated “Largest Bonafide Circulation of Any Publication in the County.” It ceased publication in 1909. 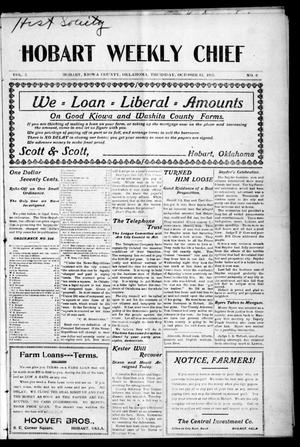 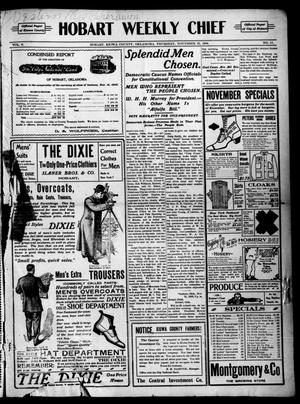 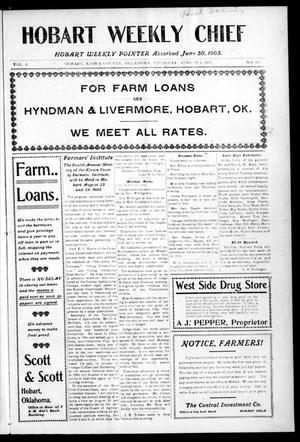 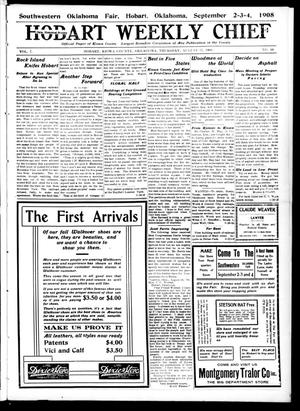 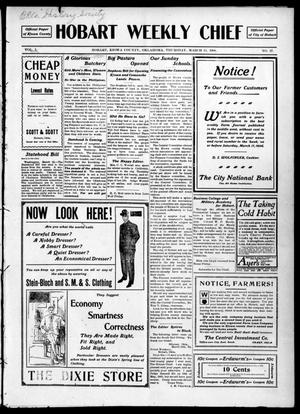 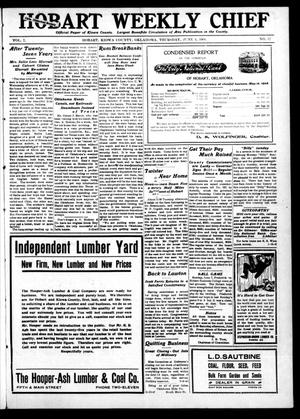 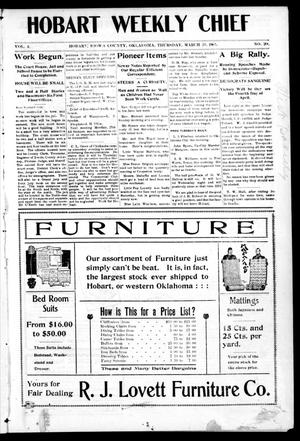 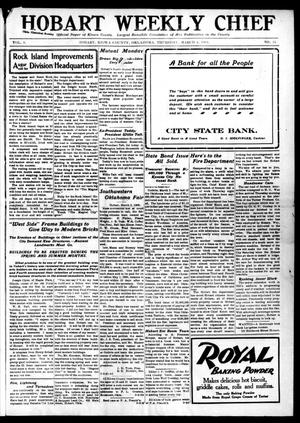 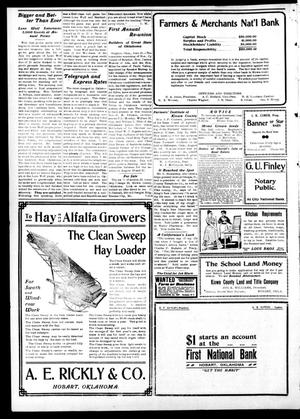 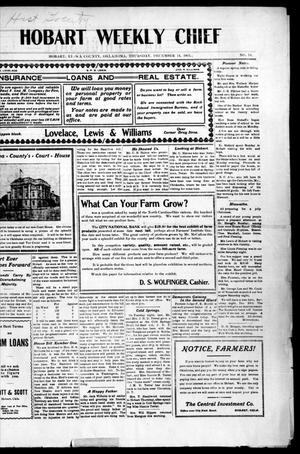 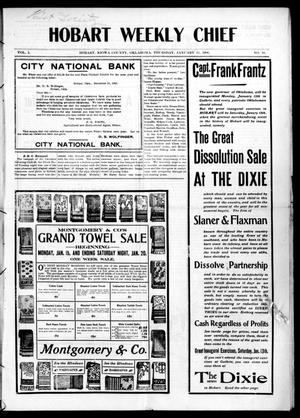 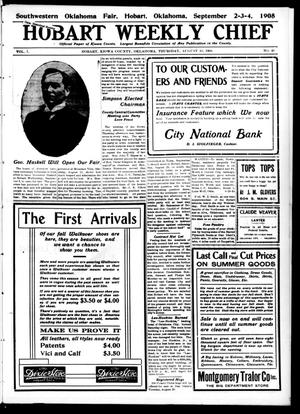