On March 23, 1889, President Benjamin Harrison signed a proclamation opening the Unassigned Lands in Indian Territory to non-Indian settlers. On April 22, 1889, approximately fifty thousand Land Run participants staked their claims on the prairie. Several towns, including Guthrie, appeared overnight. In 1890, Guthrie was designated as the territorial capital. The town had grown to over 5,000 residents and supported eight newspapers. Hoffman created the Democratic Daily Leader in response to the top- selling paper of the time, Frank Greer’s decidedly Republican Oklahoma State Capital.

In 1902, Leslie Niblack bought the Leader from Hoffman. Niblack had started at the Leader in 1893, having previously worked as a reporter for the Kentucky newspaper, Louisville Courier-Journal. By 1906, the Leader’s circulation had risen to 10,570, and the paper was a member of the Associated Press. That same year, the Guthrie Daily Leader beat out the Oklahoma State Capital to become the official organ of the 1906 Oklahoma Constitutional Convention held in Guthrie. Statehood was proclaimed in November of 1907. Guthrie served as the state capital until a rivalry between Oklahoma City and Guthrie culminated in June of 1910 when a majority of the people voted to move the state capital to Oklahoma City.

In 1911, the Leader absorbed the Oklahoma State Capital. Publication remained unchanged until Niblack sold his interests in 1927 to Lewis Haines Wentz and Raymond Fields. Wentz passed away in 1949, and in 1952, Phil McMullen of the Blackwell Journal-Tribune and two business partners from Wentz’s estate purchased the Leader. The Donrey Media Group purchased the paper in 1976 and published the Leader until November 1, 1996, when the Territorial Publishing Company consolidated it with the Logan County News [LCCN: sn86063924] to form the Guthrie News Leader. The News Leader is currently being published by American Hometown Publishing. 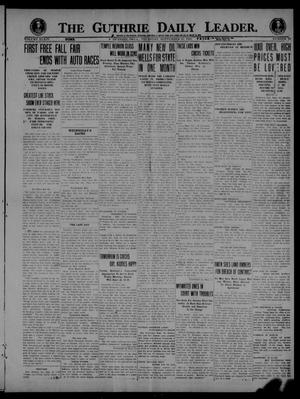 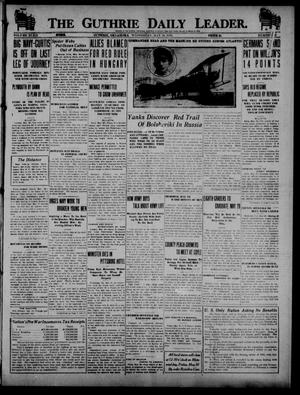 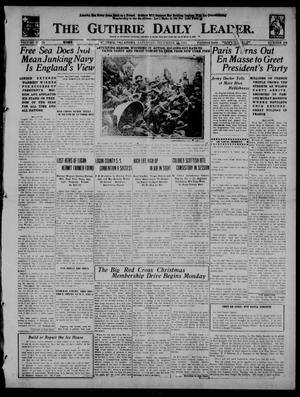 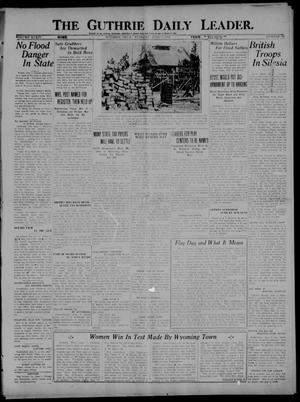 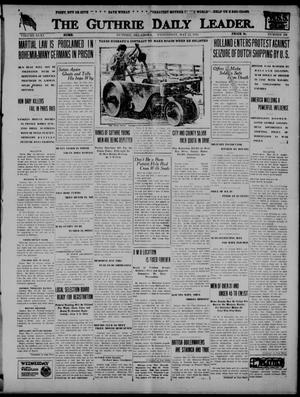 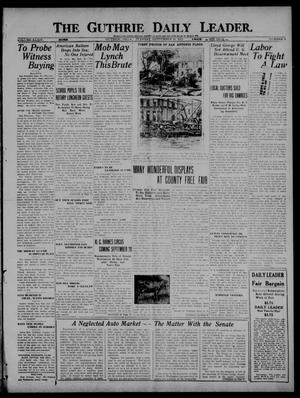 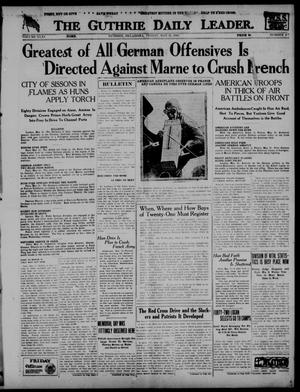 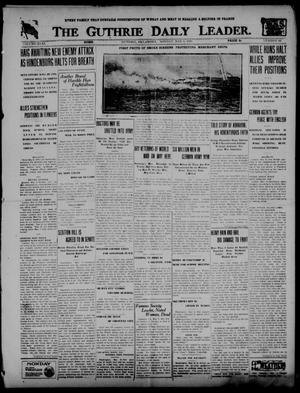 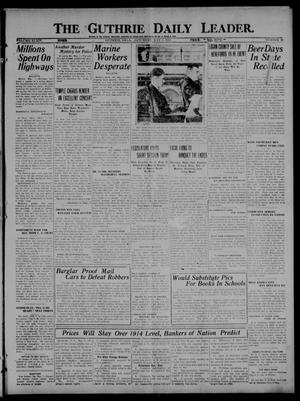 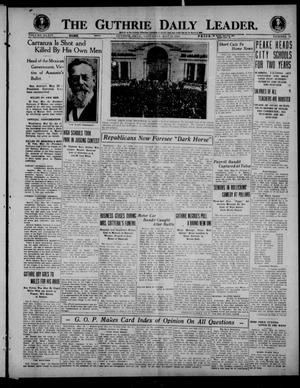 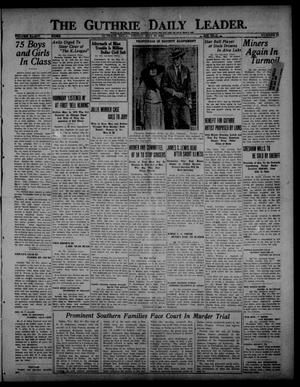 The Guthrie Daily Leader in The Gateway to Oklahoma History. Oklahoma Historical Society. https://gateway.okhistory.org/explore/collections/GUTHR/ accessed May 17, 2022.