In 1904, Henning Arnold Soderberg, who previously served as publisher of the Indianapolis Bee, became publisher of the Foss Enterprise. Soderberg came to Indian Territory in September 1902. In 1904, the slogan for the Foss Enterprise read “…in the interest of the people of the Town of Foss, and Washita and Custer counties and incidentally to make a living for ye editor and his prospective wife.”

The circulation reached 500 in 1905. Attorneys J.I. Howard and H.O. Ward served as editors and publishers of the newspaper starting on May 6, 1905.

In August of that year, Ward purchased the newspaper from Howard, announcing it would now support Republican politics. However, the Foss Enterprise advertised as politically neutral in 1907, when it was published by Enterprise Printing Company.

In 1908, E. E. Darnell served as editor, and G. C. Darnell served as manager of the paper. For a one-year subscription, the newspaper cost $1.00 payable in advance only. F.M. Huddlestun bought the paper later in 1908 and edited and owned the newspaper until 1911 when it was sold to publisher Hamilton Nation. In the 1930s, the population of the town dwindled and the Foss Enterprise ceased publication. 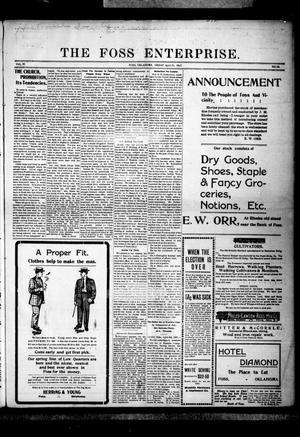 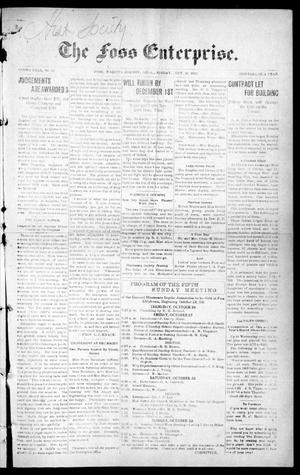 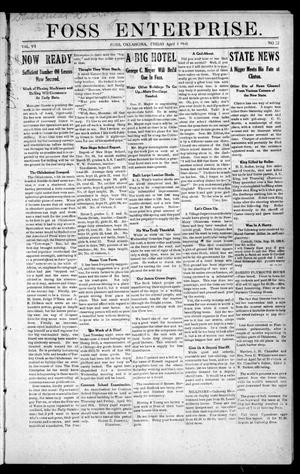 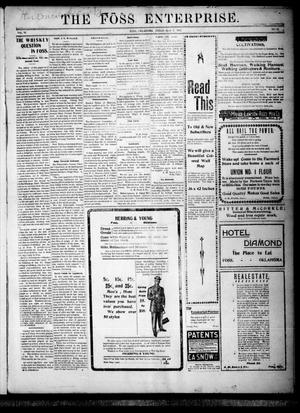 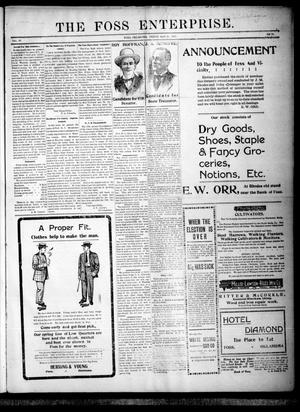 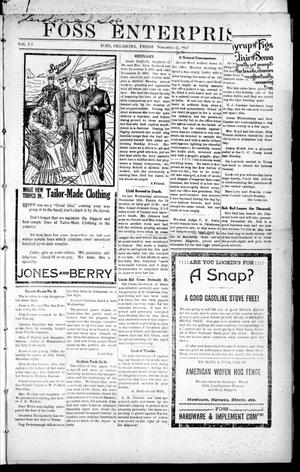 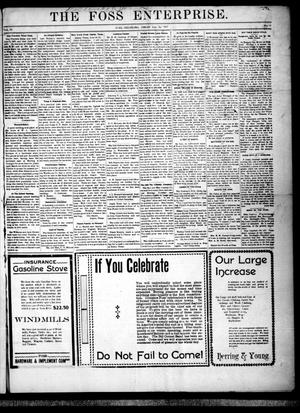 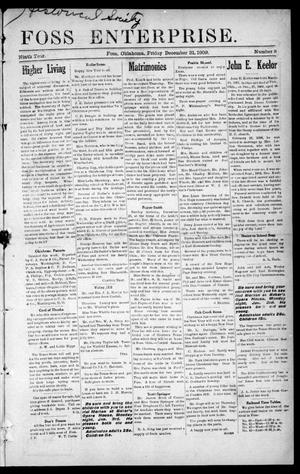 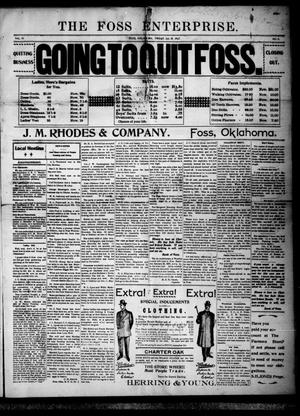 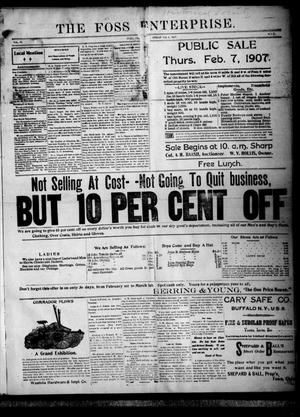 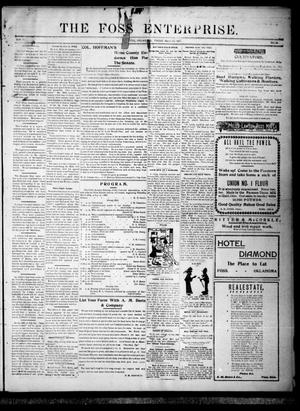