In 1879, Reverend Alfred Brown, superintendent of the Arapaho school and agency employee, John Homer Seger, organized an amateur entertainment night to raise funds for the schoolchildren to purchase a magic lantern. With extra money earned, Seger acquired a small printing press. With Rev. Brown as editor, the Cheyenne Transporter launched in the interest of "Indian Civilization and Progress."

The agency and school employees purchased a larger press on a joint-stock plan in August 1880 and relocated it to the attic of the agency sawmill. However, expenses soon overwhelmed the stockholders. To keep the paper solvent, the agency donated the press and office to its new printer William A. Eaton on the condition that he publish the Transporter. The first issue under Eaton's management appeared on August 25, 1880.

Darlington, near Fort Reno, thrived as a frontier hub due to a wagon line created by Seger. Eaton was able to support the paper through print jobs and advertisements sold at Arkansas City and Caldwell, Kansas. By 1881, the Transporter had grown to eight, 22 by 31-inch pages and boasted a circulation of 384. On May 10, 1882, George West Maffet — a printer from the Republican in Anthony, Kansas--succeeded Eaton as editor and publisher. Lafe Merrit, who in 1894 founded the El Reno Globe, became Maffet's assistant and local editor. They made improvements, wrote editorials, and added articles by Seger, now Superintendent of the Darlington school. In 1883, the Transporter moved to a specially built facility.

In 1885, Merrit became Maffet's partner. As the circulation of the Transporter approached 1,000, it acquired the subtitle, "Indian and Stock Journal." The paper opposed opening the territory for white settlement and called on the government to protect the interests of Indians and the cattle industry. That same year, hostilities broke out between the Indians and newly arriving Boomers. U.S. Army Captain Jesse Matlock Lee temporarily commandeered the agency, started an investigation and expelled many of the illegal settlers. Businesses in the territory were thereafter required to furnish approved bonds to obtain an operating license from the Department of the Interior. The Cheyenne Transporter presented a $10,000 bond and obtained a license; however, within a year the newspaper was suspended due to Indian unrest following Captain Lee's departure. Publication never resumed, making August 12, 1886, the final issue of the Transporter. 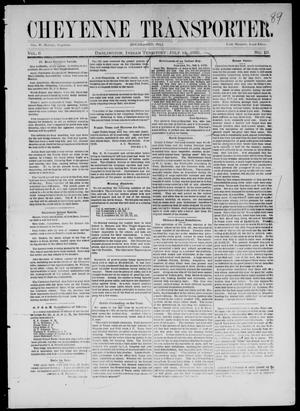 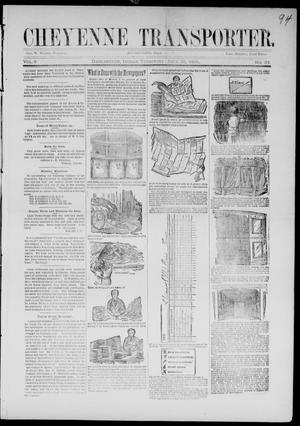 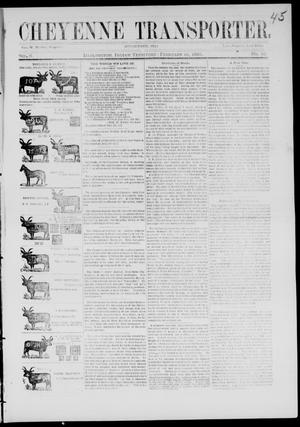 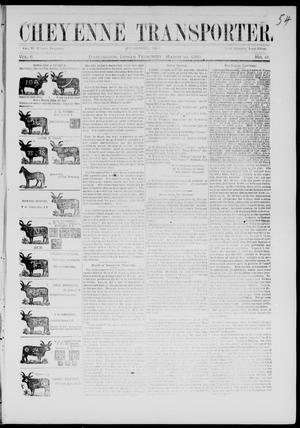 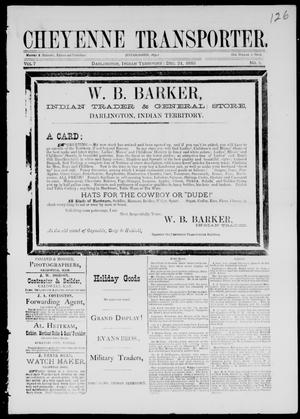 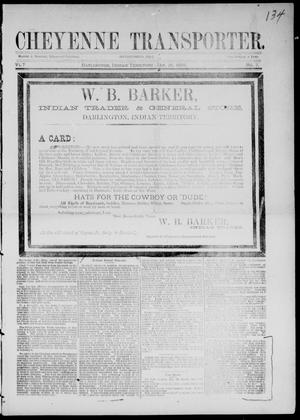 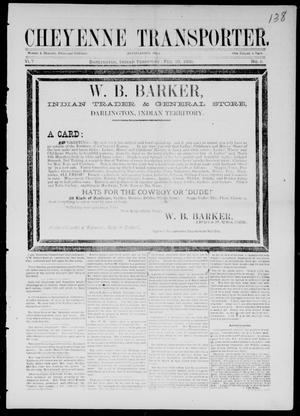 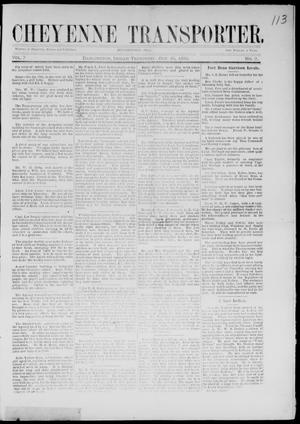 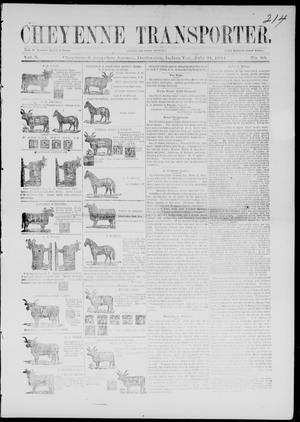 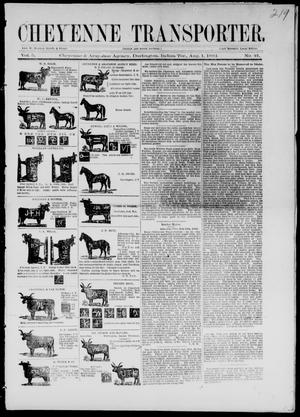 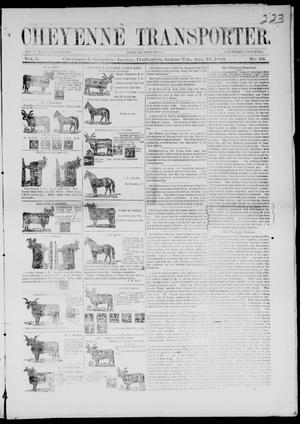 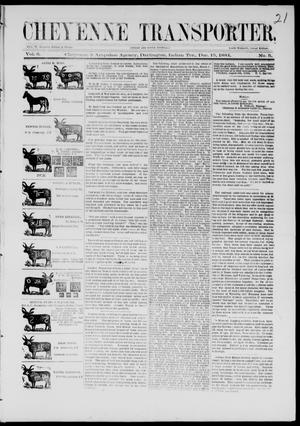