The Anadarko Daily Democrat debuted in Anadarko, Oklahoma Territory on September 30, 1901, with Preston P. Shaw and Russell Monroe listed as publishers. The newspaper was issued daily except Sundays. It was 15 by 22 inches with eight pages of six columns. Always called, “The Official Paper of Anadarko.”, the Democrat changed names and publishers several times in its 14-year life span.

The October 26, 1901, edition listed Shaw and Hill as publishers, with Shaw acting as editor and J. A. Hill, business manager. The paper decreased in size to 13 by 20 inches, with eight pages and five columns, and was issued for $4.50 annually. By November 21 of the same year, Shaw was the sole proprietor. No changes were made until February 1902 when Shaw increased the paper to its original size of 15 by 22 inches, and J. D. Blankenship took over as manager. Shaw continued as editor until Blankenship took over the entire operation in October 1902.

By October 18, 1904, Thomas Kearse and W. K. Thomas ran the newspaper. Due to missing issues, it is unknown exactly when Herndon Bros. Publishers took over the publication of the Democrat, but it happened on September 11, 1905, and January 21, 1907. Also during this time frame, the paper’s name was shortened to the Daily Democrat. It continued to publish every day except Sundays. By the time of Oklahoma statehood in 1907, the Democrat had a circulation of 475 with an advertised subscription price of $4.00 per year.

On November 20, 1908, the Democrat (Vol. 7, No. 255) appeared once again as the Anadarko Daily Democrat, published by A. S. Roberts. Sometime between January 1, 1911, and October 9, 1913, the paper was published by W. B. Stephens under the name, Anadarko Morning Democrat. It was during this brief period that the newspaper appeared daily except on Mondays. The Anadarko Daily Democrat resurfaced by October 10, 1913.

The final name change took place between January 10 and January 26, 1914. Called the Daily Democrat, the newspaper was published by the Democrat Publishing Company and managed by T. J. Lewis until its demise in June 1915. 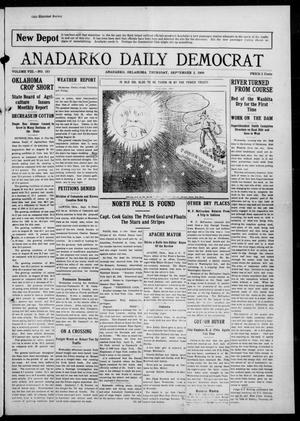 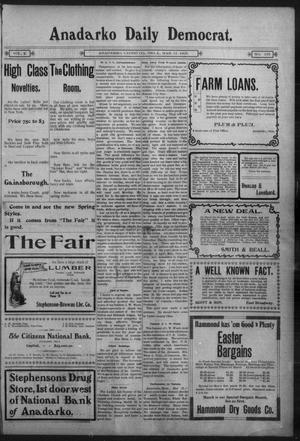 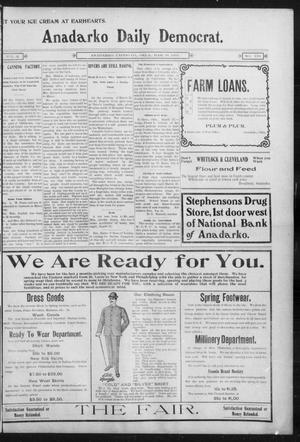 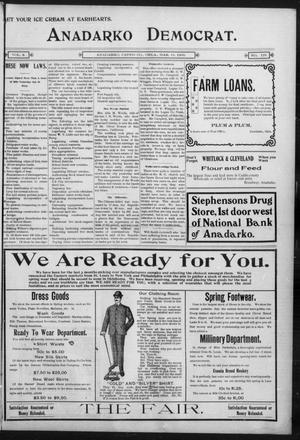 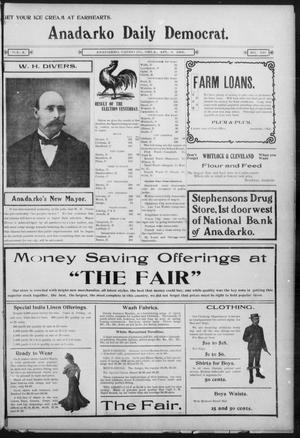 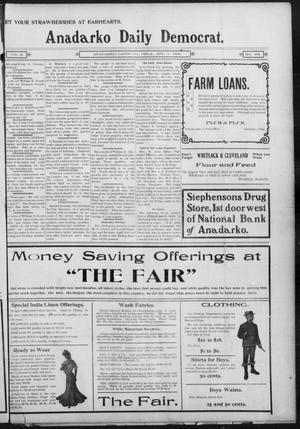 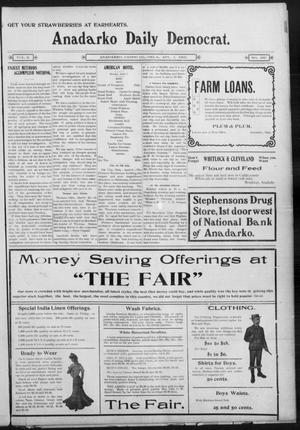 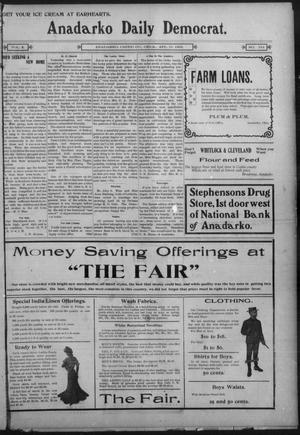 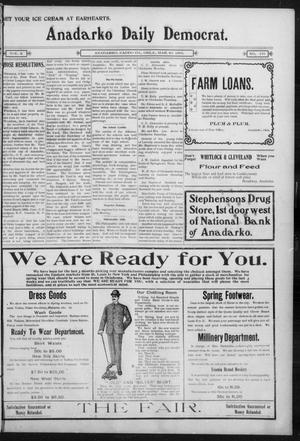 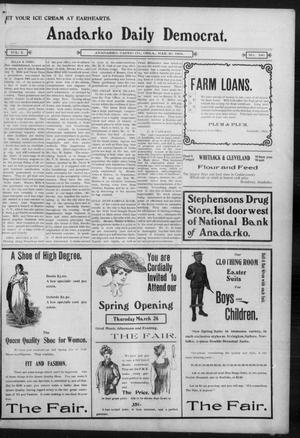 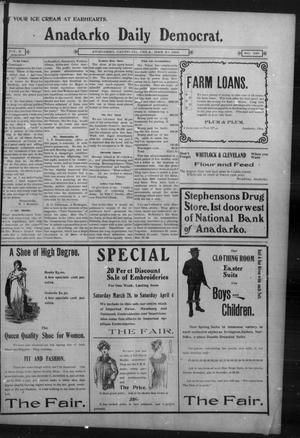 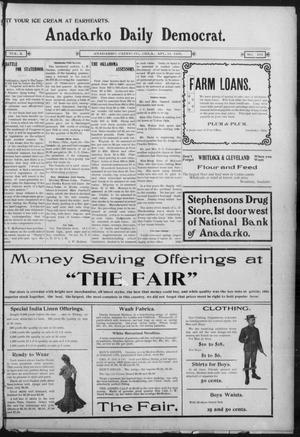