The Cushing Independent was a weekly newspaper that was published from 1901 until 1918. It was a four-page, seven-column newspaper that favored Republican politics. It measured 13 by 20 inches and was referred to simply as the Independent.

In 1901, Lester Griffin was the editor and publisher of the newspaper and from 1902 until 1903 G. L. McLaury published the newspaper. During this time, circulation numbered around 800 subscribers.

In 1906, Sol H. Korn managed the Independent. It was eight pages in length with five columns and published every Thursday. From 1907 through 1910, Al H. Holland served as editor and publisher. Circulation numbered around 750 subscribers for the Cushing Independent during this time period. A subscription could be purchased for one dollar for a year.

The Cushing Democrat was published by the Green Print Company starting in 1906 on a weekly basis and distributed every Thursday. Each issue had eight pages with five columns and measured at 11 by 16 inches. A subscription to the paper cost one dollar per year. The editor and publisher were Paul A. Wintersteen, it is unknown if or when he left the Cushing Democrat. The tabloid lasted until 1912 when it was converted to The Cushing Citizen.

The Cushing Citizen was founded in 1907 by Green Publishing, Co. in Cushing, Oklahoma. The weekly had four pages with six columns, was published every Thursday and a subscription cost one dollar per year. There is no indication that this paper was affiliated with any political, religious, or ethnic groups. The publisher of the Cushing Citizen was E. M. Green and there is no record of when he left the paper. The motto for the paper was “Cushing, the Distributing Point for the Oil Industry. Our Job Printing Department is Fully Equipped.” Other publications in Cushing at the time were the Cushing Democrat, Cushing Herald, and Cushing Independent. The Cushing Citizen served the town of Cushing, Oklahoma in 1907 and it is unknown when it ended. 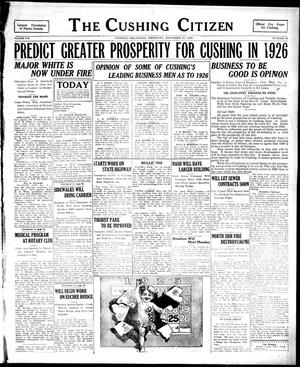 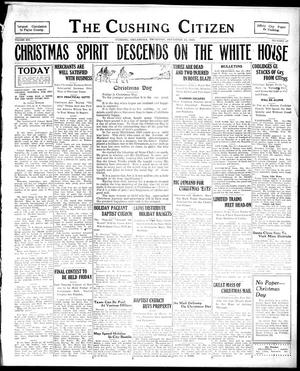 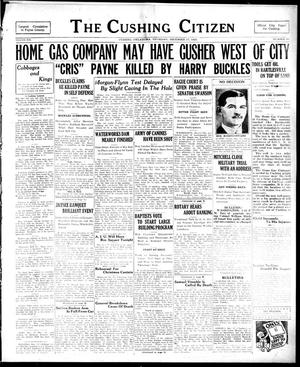 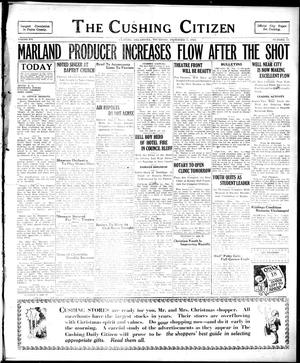 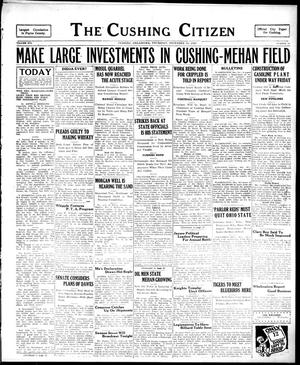 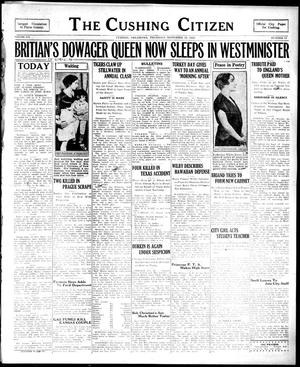 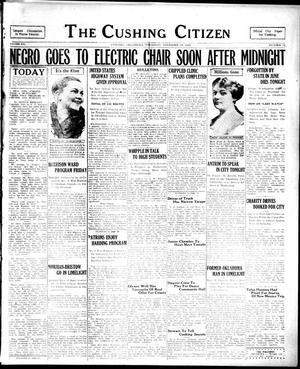 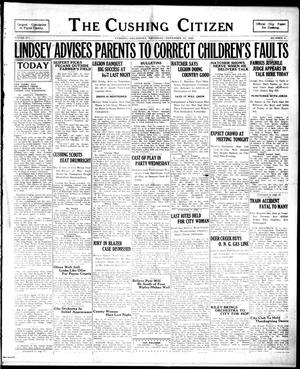 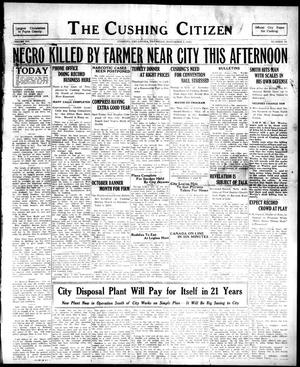 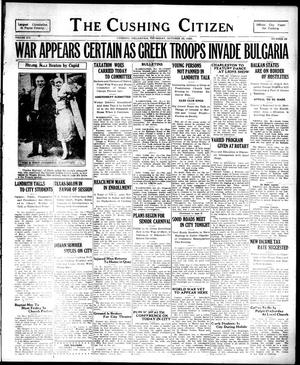 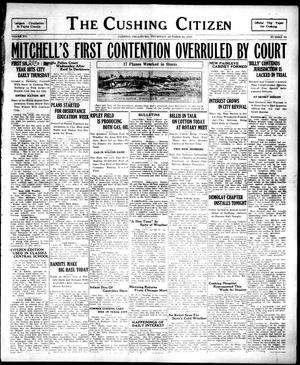 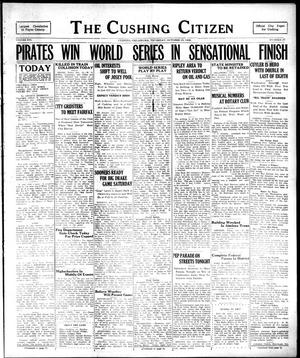