_ In 1905, the four-page, four-column paper was published every Thursday morning. It was $1.00 for a yearly subscription, payable in advance.

An excerpt from an early edition of the Guardian reads: “Lo, here is the third issue of the infant Guardian, a day late to be sure, but in common with the rest of mankind, I have been taking a holiday rest preparatory to starting in a fresh in the New Year. During 1906, I hope to see the Guardian grow and prosper in such a manner as will bring pleasure to my humble self, and speak volumes for the enterprising and progressive business men and citizens of my adopted home—Crowder City.” It was published by Henning Arnold Soderberg.

In 1910, it had expanded to eight pages in length and still had six columns. In 1915, O. D. Jenkins served as editor. It ceased publication sometime in 1916. Canadian Valley News was a preceding title to the Crowder City Guardian, and the Pittsburg County Guardian was its succeeding title. 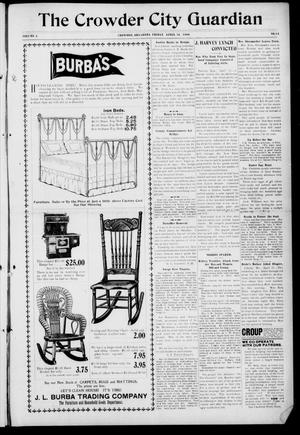 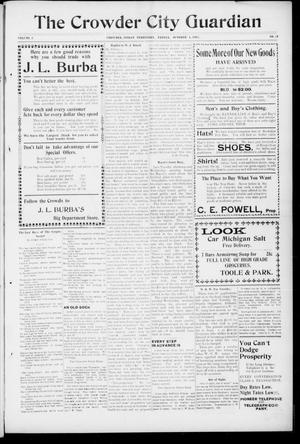 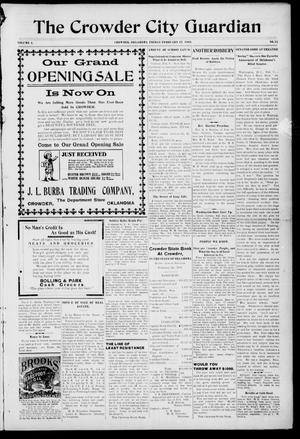 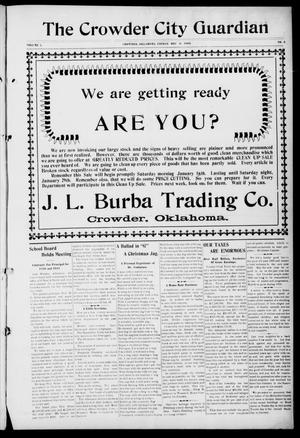 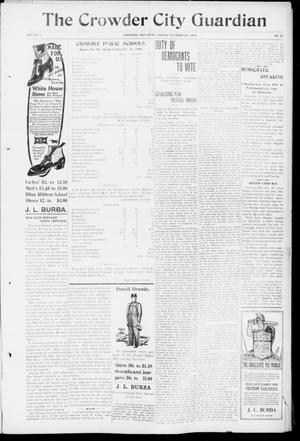 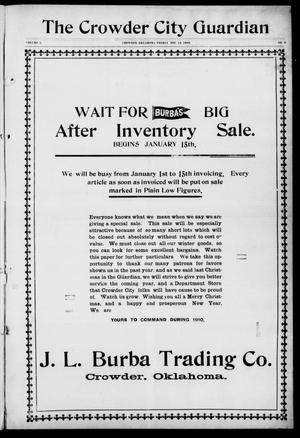 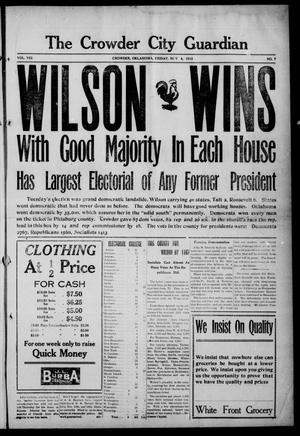 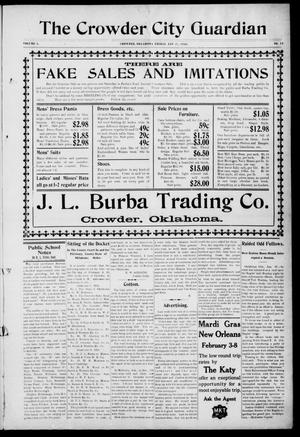 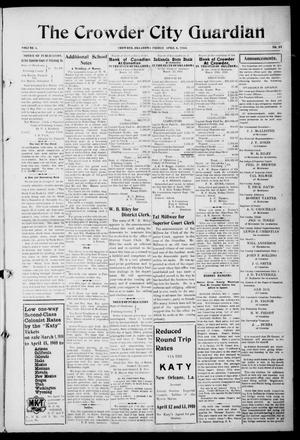 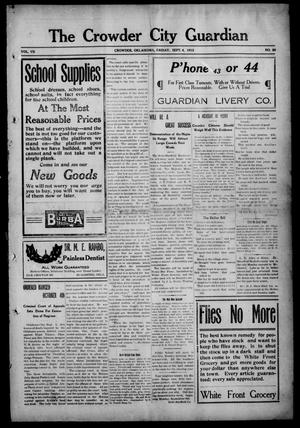 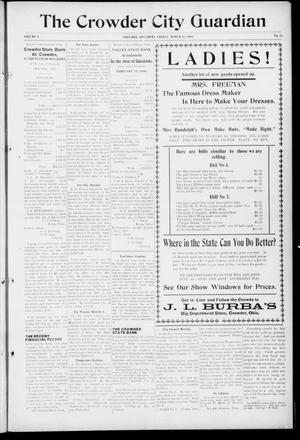 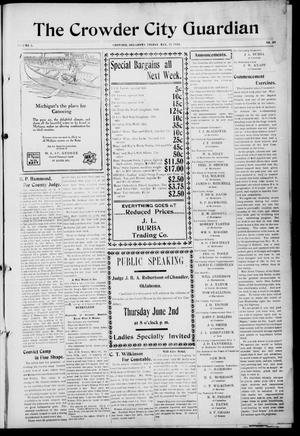