The Herald-Sentinel was published in Cloud Chief, Oklahoma Territory, from April 1893 until September 28th, 1900, and published in Cordell, Oklahoma from January 13, 1905, until February 17th, 1919, every Friday.

Alternative titles to this publication include Cordell Herald-Sentinel, Herald Sentinel and Messenger. Its geographic coverage included Cloud Chief, Washita County, Oklahoma and Cordell, Washita County, Oklahoma. It was published by Mathes and Wells on a weekly basis. It was a consolidation of The Cordell Democrat, Cloud Chief Herald and Cloud Chief Sentinel. Preceding titles include The Cordell Messenger. It was published by F. T. Cook. It was fifty cents for a year’s subscription to the paper during that time period.

When it was published in Cordell it ran every Thursday instead of every Friday, and owned/edited by M. H. Gunsenhouser. It was edited and managed by R. B Macdonald and A .W. Anderson by Beacon Publishing in 1918. At this time a year’s subscription was $1.00, and a six month’s subscription was $0.50. The town of Sentinel, Oklahoma originated from this publication.

‘No one in Oklahoma is in favor of the proposition to ask for the admission of Oklahoma and the Indian Territory into the Union as one state at this time,’ said Senator (). R. Fegan, of Guthrie at the Planters last night. ‘There is a general misunderstanding, apparently, as to the wishes of the people. There is no question but that the effort to bring the two territories into the Union as one state would delay statehood for Oklahoma for at least five years.'” ( The Herald-Sentinel , Vol. 9, No. 51, December 21, 1900) 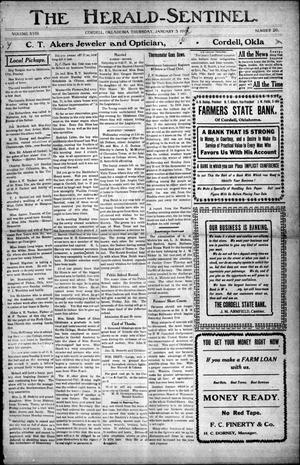 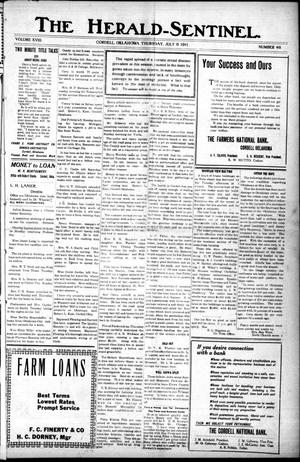 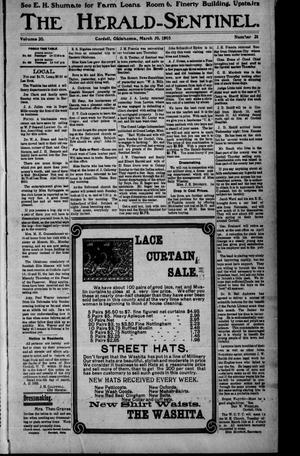 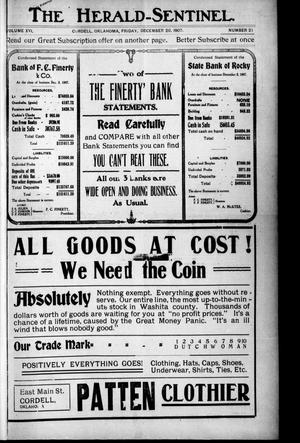 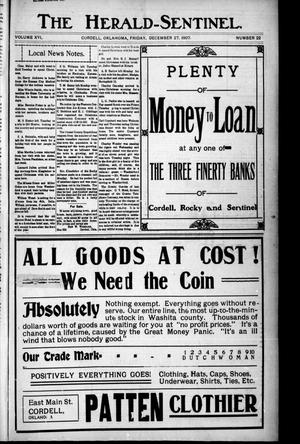 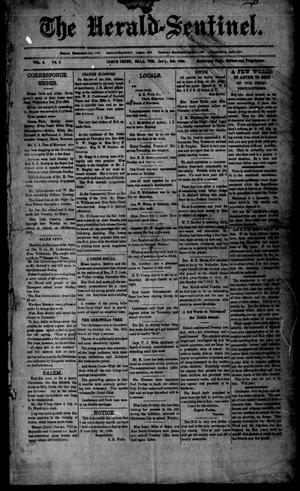 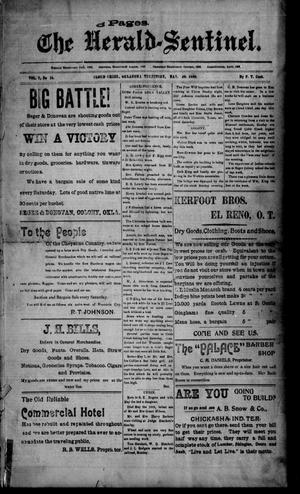 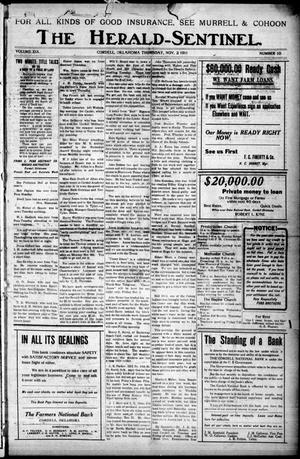 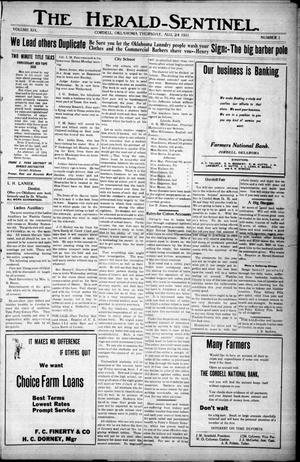 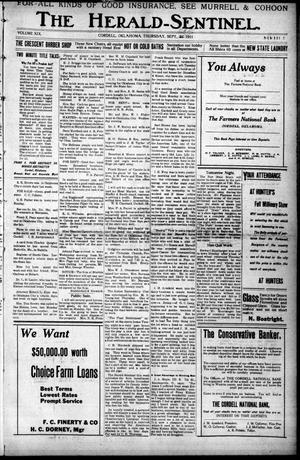 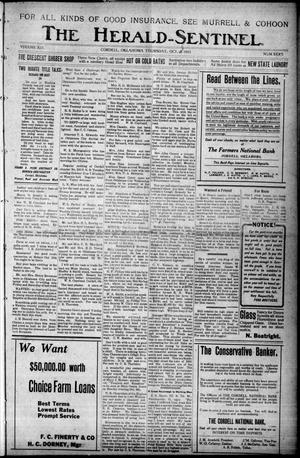 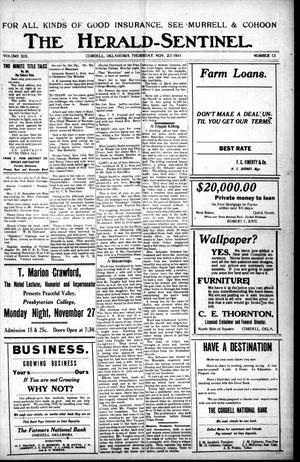 The Herald-Sentinel (Cordell and Cloud Chief, Okla.) in The Gateway to Oklahoma History. Oklahoma Historical Society. https://gateway.okhistory.org/explore/collections/CHRLD/ accessed May 17, 2022.