In 1888, the Chicago, Rock Island and Pacific Railway entered Oklahoma Territory and built along the Chisholm Trail from Caldwell, Kansas, to the Red River. Dotted alone the line as the tracks pushed southward were small communities that began to settle down to the business of making a town, but ahead of the actual laying of the steel were the construction camps. By 1890 the railroad had reached Minco in the Chickasaw Nation, and the crews were moving south toward Waco, Oklahoma, on the northern banks of the Washita River. A post office was established there on October 20, 1890, with Jacob Descombs serving as the Postmaster. For reasons unknown, the post office was renamed Pensee on September 11, 1891. An article in the October 11, 1935, issue of the Alex Tribune speculated that perhaps it was too often confused with the town of the same name in Texas. The origins of the name Pensee are also unknown, and the same article suggested that Descombs, being of French-Canadian ancestry, chose the French word “pensée”, meaning “thought”, because he “wished to imply that the planting of a post office in a shack on the Washita there was an idea and a very bright one at that.” However, in 1892, the Rock Island began laying tracks south of the river, and nearly overnight a new townsite was established. The post office was moved from Pensee and renamed Chickasha on June 20, 1892; the town was officially incorporated in 1902.

Like most communities that sprang up in the wake of the railways, Chickasha’s early days were flooded with the establishment of numerous newspapers. In 1895, George W. Loman began the weekly Chickasha Record, which became the Christian Union Record in 1896. The Democrat first appeared in 1901 with F. M. Leatherman at the helm, followed by R. E. L. McLain; later the title became the Chickasaw Democrat under publisher J. F. Blick. The inaugural issue of the Chickasha Voice was printed on January 19, 1906, by Reverends B. Franklin and E. C. King “to assist in the dissemination of political and religious truths.” J. C. Mitchell published the first issue of the Chickasha Ledger in October 1907 with the motto “Feed The Hungry Millions, Fill Their Baskets With Crumbs Of Comfort.” The Chickasha Printery published the Chickasha Ruralist starting in November 1916 as a farmer’s paper for Grady and surrounding counties. In 1931, Inter State Arts was printed monthly with news devoted to “the fine arts, the useful arts and the lively arts,” edited by Ethel C. Gray. Many of these early newspapers were short-lived, but two publications rose to dominance from the crowded field: the Chickasha Daily Express and the Chickasha Star.

The Express started as a small Saturday paper in May 1892 by W. R. Orme, but was shortly taken over by A. M. Dawson, one of the town’s pioneers. The success of the weekly led the publisher to launch a daily edition on December 28, 1899. The Chickasha Daily Express supported the Democratic party and appeared every evening except Sunday. By May 1901, Dawson had sold his interest in the Express to the paper’s business manager, William Granlee. In November 1903, George H. Evans, the city editor of the Enid Daily Wave, purchased half interest in the Express for $1,500. Four years later, Granlee sold his remaining interests in the paper to Bryce P. Smith, former co-publisher of the Enid Daily Eagle. Evans was the sole owner of the Express from 1915 to 1934, at which time he sold half of his interests to Dave Vandivier. Evans served as editor until an illness forced his retirement in 1952; he died 15 months later. On July 1, 1956, Mrs. Evans and Vandivier sold the Chickasha Daily Express to the Donrey Media Group, named for owner Don Reynolds of Fort Smith, Arkansas. Donrey published the paper for the next four decades until September 1998 when they sold it to Community Newspaper Holdings, Inc. (CNHI) with Tony Cooper serving as publisher. Two months later in November, CNHI purchased their competitor, the Chickasha Daily Star and formed the consolidated Express-Star on November 9, 1998.

The Chickasha Star began as the weekly Chickasha Telegram in 1892 as the Republican rival to the Democratic Express. On September 1, 1901, new owner William L. Knotts started printing a daily edition in addition to the weekly. Knotts sold the paper to Cad Allard in February 1905, who renamed it the New Star and Chickasha Telegram so that it may “blaze the way, as it were, for statehood.” There was a slight name change in April 1905 to the Chickasha Star and Telegram, but by August 23, 1906, H. W. Smith had become manager and editor and had shortened the title to the Chickasha Star. By the following April, Smith sold the Star to Frank Shatzel of the Chickasha Journal. Shatzel started the weekly Journal in October or November of 1903 and eventually grew it into the official paper of the Chickasha Trades and Labor Assembly. When he purchased the Star in 1906 or 1907, Shatzel combined the publications into the daily Chickasha Journal and Star and brought Jesse W. Kayser on as editor. In May the title was shortened to the Chickasha Journal, and in September Kayser became the sole proprietor. Kayser continued printing the Journal as a daily, calling it the Chickasha Daily Journal for a time from 1909 to 1912, and developed the Star as a weekly. Eventually the daily edition ceased, but the weekly continued; by January 26, 1912, it was publishing as the Grady County Star with Kayser as editor and J. L. Wileman as the new manager of the Star Printing Company. It was a “Farmer’s Paper” and was independent in politics. On May 7, 1915, Kayser changed the title once again to the Chickasha Star just before purchasing Cecil C. Colbert’s fledgling Washita Valley Gazette after only nine issues. Kayser headed the Star until May 1953 when he sold to Dale Nease and Herb Moring for $34,000. Both Nease and Moring had previously worked for the Daily Express, but they left that paper to produce the Star. In March 1961, Moring became the sole owner and stayed through the 1960s. The paper changed hands a few times in the early 1970s until Marshall Settle, a local insurance and business man, bought it in July 1975. With the purchase, Settle also became the owner of the Minco Minstrel and the Tuttle Times, and he published all three weeklies through the early 1990s when he handed over operations to his brother, Rick, and son, David. In 1994, publication was increased to twice weekly, then to daily in 1995. The title was changed to the Daily Chickasha Star in September 1996, and it continued as such until November 1998 when Rick and David Settle sold to CNHI.

When CNHI consolidated the Chickasha Daily Express and the Chickasha Star into the Express-Star, the paper was printed every afternoon, except Saturday, and on Sunday morning. In 2015, publisher Mark Milsap reduced publication to three times per week, and in May 2020, the COVID-19 pandemic forced publication to only once per week. In 2021, the Express-Star continues to be “Grady County’s News Source” with a Thursday print edition and daily updates online at www.chickashanews.com. 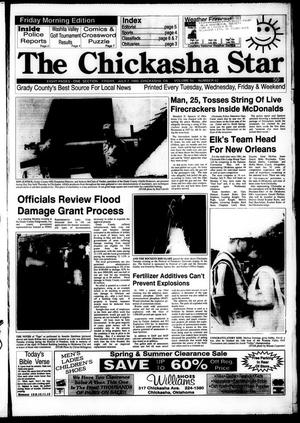 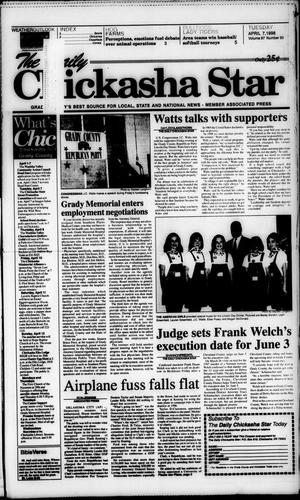 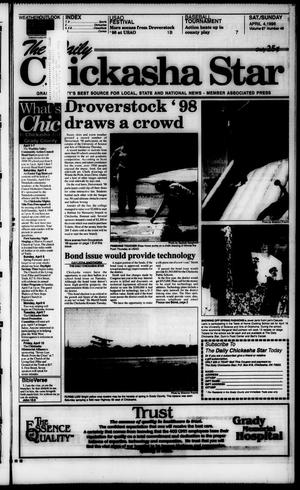 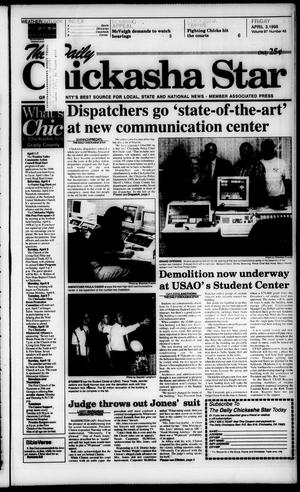 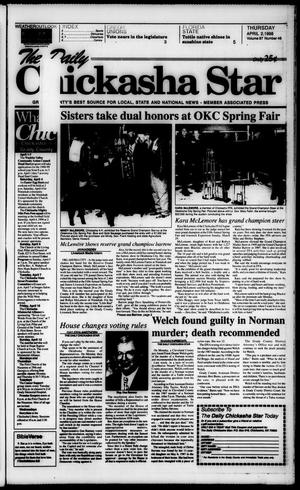 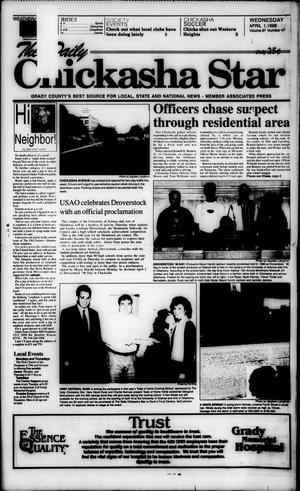 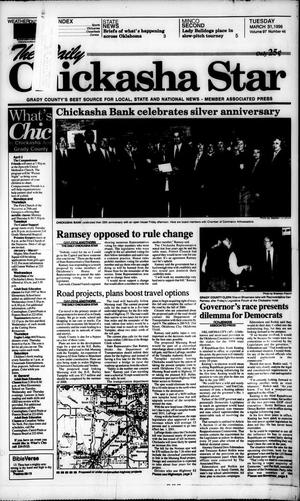 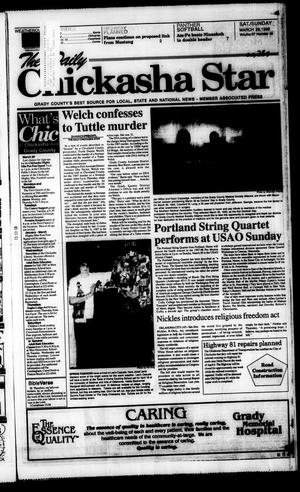 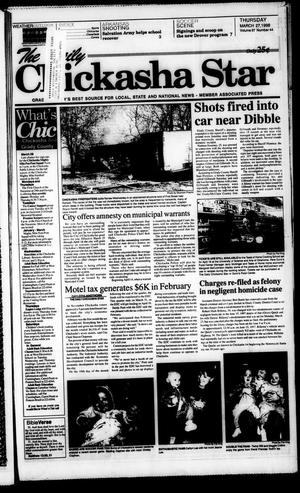 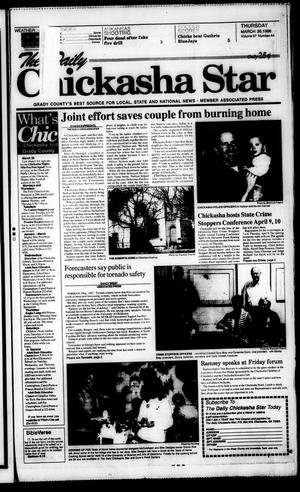 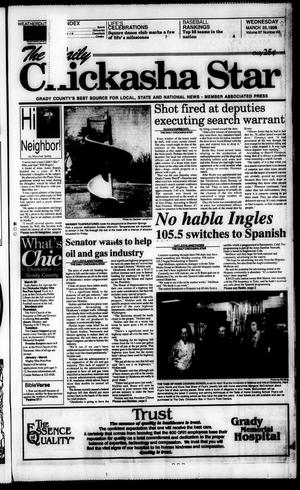 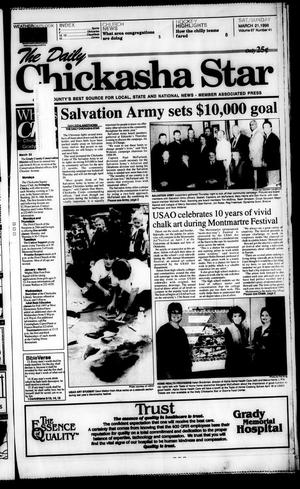