The paper's official motto was “Devoted to Indian and Stock News.” Because a title plate failed to arrive before publication, the Branding Iron debuted nameless on February 23, 1884, in Atoka, Choctaw Nation. In lieu of a title, the masthead stated, “Our Head Having Failed to Arrive, Our Readers Will Have to Guess at the Name Until Our Next.” By the second issue, the resourceful editor Renfrew M. Roberts had substituted Branding Iron for the title, an appropriate moniker considering the overwhelming number of advertisements for territorial cattle brands.

The proprietors of the paper included Roberts who was also an editor, his brother Loren H. Roberts, business manager. The Roberts brothers were the sons of Myron P. Roberts, the founder and former publisher of the Indian Journal at Muskogee, Creek Nation.

A news story in the first issue stated that the Choctaw Council had appropriated $1,500 in the fall of 1883 for the establishment of a newspaper for the Choctaw Indians. According to the editor, the Choctaws had noted the success of the Indian Journal (which is still being published in Eufaula, Oklahoma). They called on the Roberts family to help establish a newspaper devoted to their affairs.

The Branding Iron lasted a brief four issues after several influential Choctaws voiced their disapproval. The name was changed to Indian Champion on March 22, 1884. The emphasis on livestock was dropped as well. The front page became devoted to the “Choctaw Department” and the paper printed in English and Choctaw until its demise on December 28, 1885. 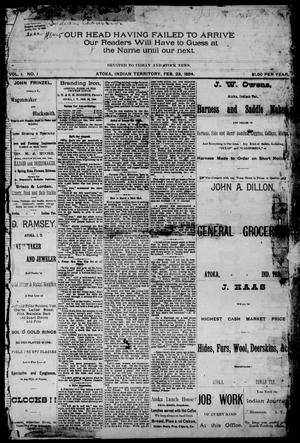 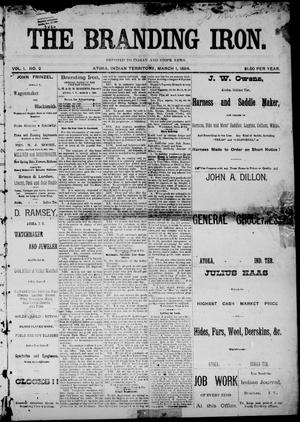 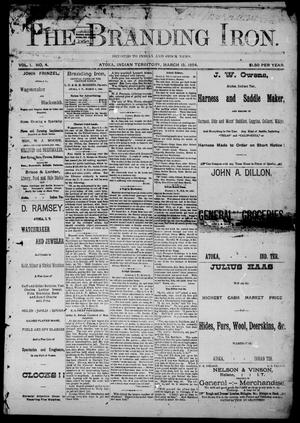