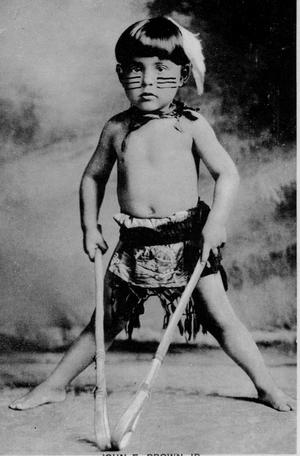 People and organizations associated with either the creation of this postcard or its content.

Person who is significant in some way to the content of this postcard. Additional names may appear in Subjects below.

We've identified this postcard as a primary source within our collections. Researchers, educators, and students may find this postcard useful in their work.

Descriptive information to help identify this postcard. Follow the links below to find similar items on the Gateway.

Unique identifying numbers for this postcard in the Gateway or other systems.

This postcard is part of the following collection of related materials.

These photographs document individual portraits, street scenes, and pictures of landmarks and buildings taken between 1890 and 1920 across the state of Oklahoma.

What responsibilities do I have when using this postcard?

Dates and time periods associated with this postcard.

When was this postcard last used?

Geographical information about where this postcard originated or about its content.

Tell us if you know the precise location of this item. In the lower-left corner of map below, select either the pin () or the box (). Use the cross-hair to drop a pin or drag to create a new rectangle. You can zoom in, expand to full screen, change the terrain type, or in some cases switch to street-view so that it's easy for you to determine the coordinates.

Interact With This Postcard