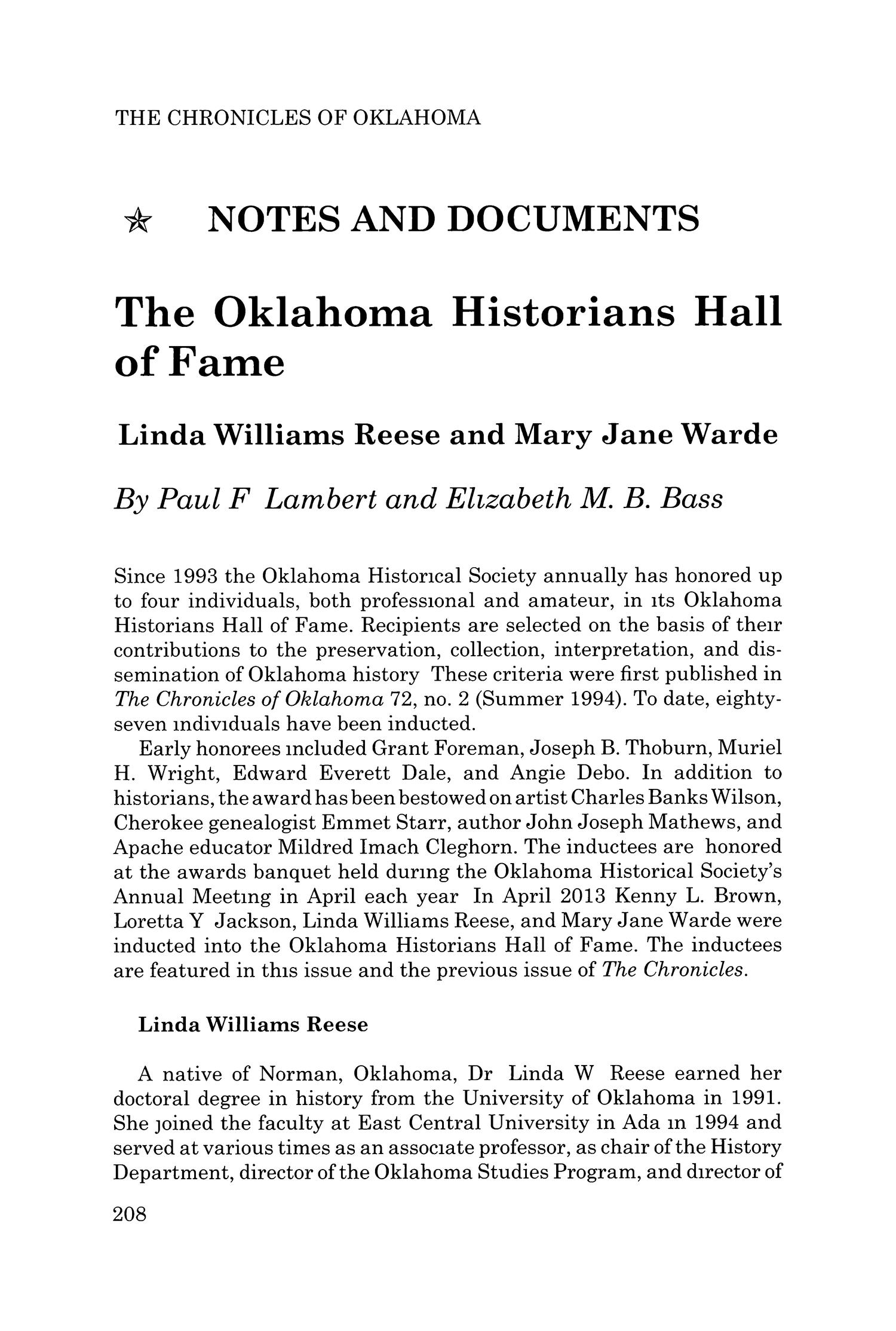 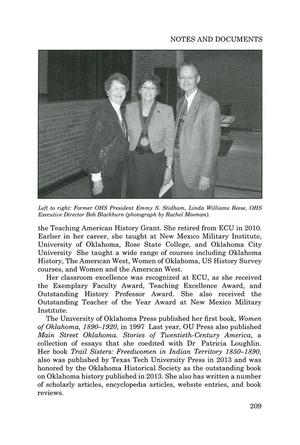 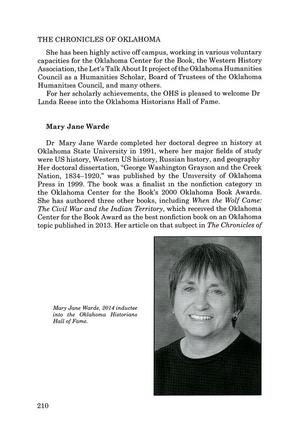 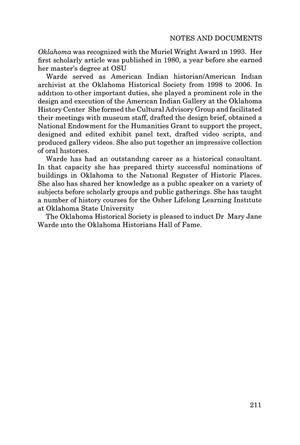 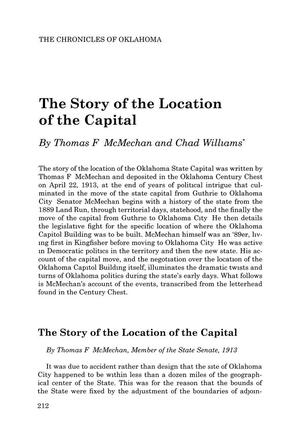 Article presents an analysis of James Bryce's discussion of the Oklahoma Constitution and provides a new perspective on the political climate of the statehood era.

Article explains the friendly rivalry between the Camp Fire Girls and the Boy Scouts as the groups worked to improve the urban landscape in Oklahoma City.

Article examines the philanthropic contributions of Dean A. McGee, geologist and partner in the Kerr-McGee Corporation, to Oklahoma City and Oklahoma in general.

For the Record section from Volume 92, Number 2, Summer 2014. It includes the Minutes of the Quarterly Board Meeting of the Oklahoma Historical Society that was held on January 22, 2014.

Notes and Documents section from Volume 92, Number 2, Summer 2014. It includes a short article honoring Linda Williams Reese and Mary Jane Warde, two of the inductees into the Oklahoma Historians Hall of Fame in 2013. It also includes "The Story of the Location of the Capital" that was written by Thomas F. Mechan in 1913 and provides an account of Oklahoma politics during the state's early days.