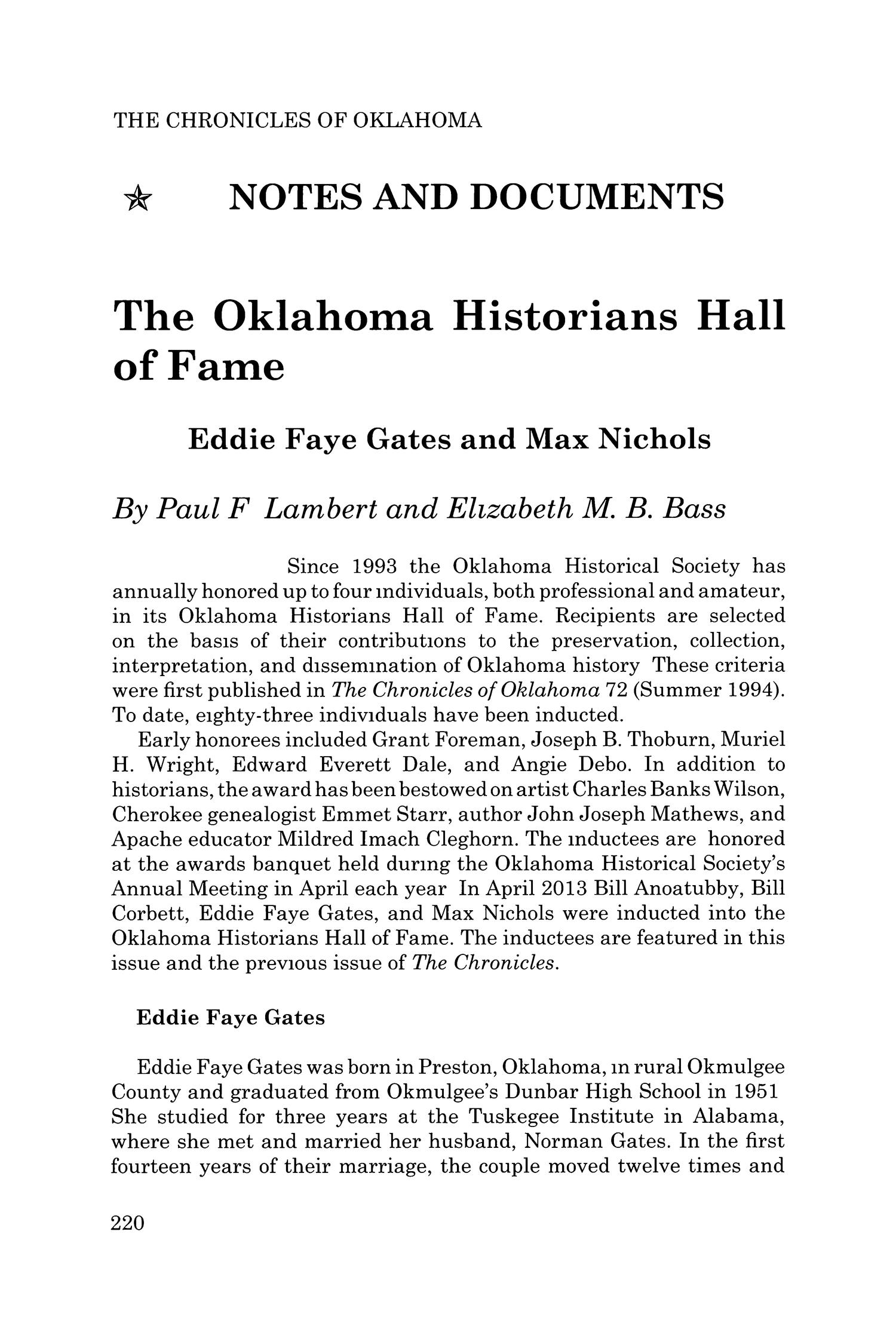 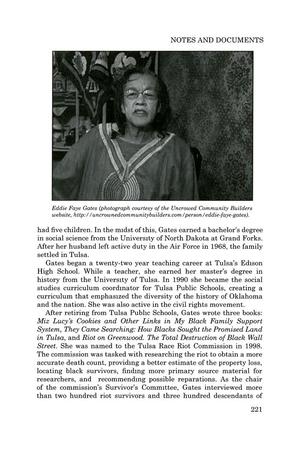 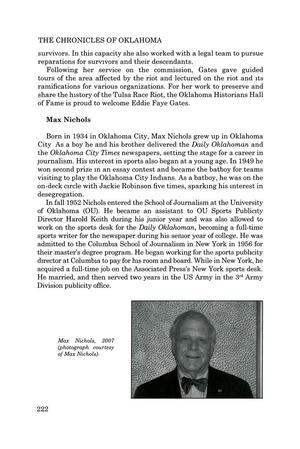 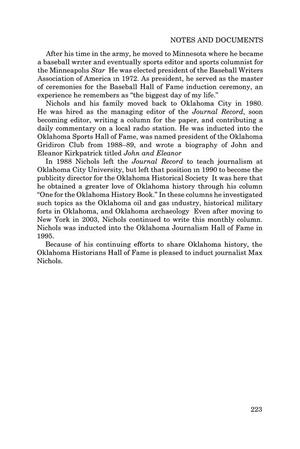 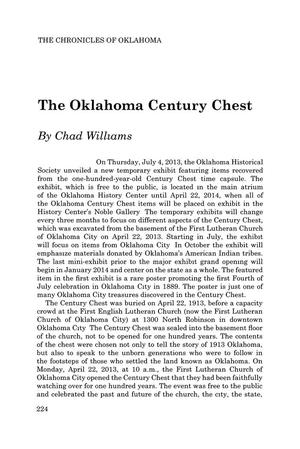 Article describes American Indian women's roles while participating as part of the cast in Wild West shows. Wild West shows, such as the ones organized by G. W. "Pawnee Bill" Lillie, featured acts that entertained audiences and showed white Americans a version of life in the West. Alyce Vigil describes how American Indian women in the cast worked to maintain their traditions in this new context.

Rex Brinlee: The Man and His Escape (Article)

This article tells the story of notorious criminal Rex Brinlee, who is best known for his multiple escapes from the Oklahoma State Penitentiary. The article interweaves the details of his crimes with larger state events, including the McAlester Prison Riot.

For the Record section from Chronicles of Oklahoma, Volume 91, Number 2, Summer 2013. It includes the Minutes of the Quarterly Board Meeting of the Oklahoma Historical Society that was held on January 23, 2013.

Notes and Documents section from Chronicles of Oklahoma, Volume 91, Number 2, Summer 2013. It includes an article honoring Eddie Faye Gates and Max Nichols, who were inducted into the Oklahoma Historians Hall of Fame in 2013. It also includes a short article titled "The Oklahoma Century Chest" that describes the Oklahoma Historical Society's temporary exhibit featuring items recovered from the one-hundred-year-old Century Chest time capsule.

A Brief History of the Oklahoma Poets Laureate (Article)

Article explains the importance of the position of poet laureate and evaluates the contributions of the individuals who held that post in Oklahoma.

The Life and Times of the First Applicants to Platt National Park, 1906-10 (Article)