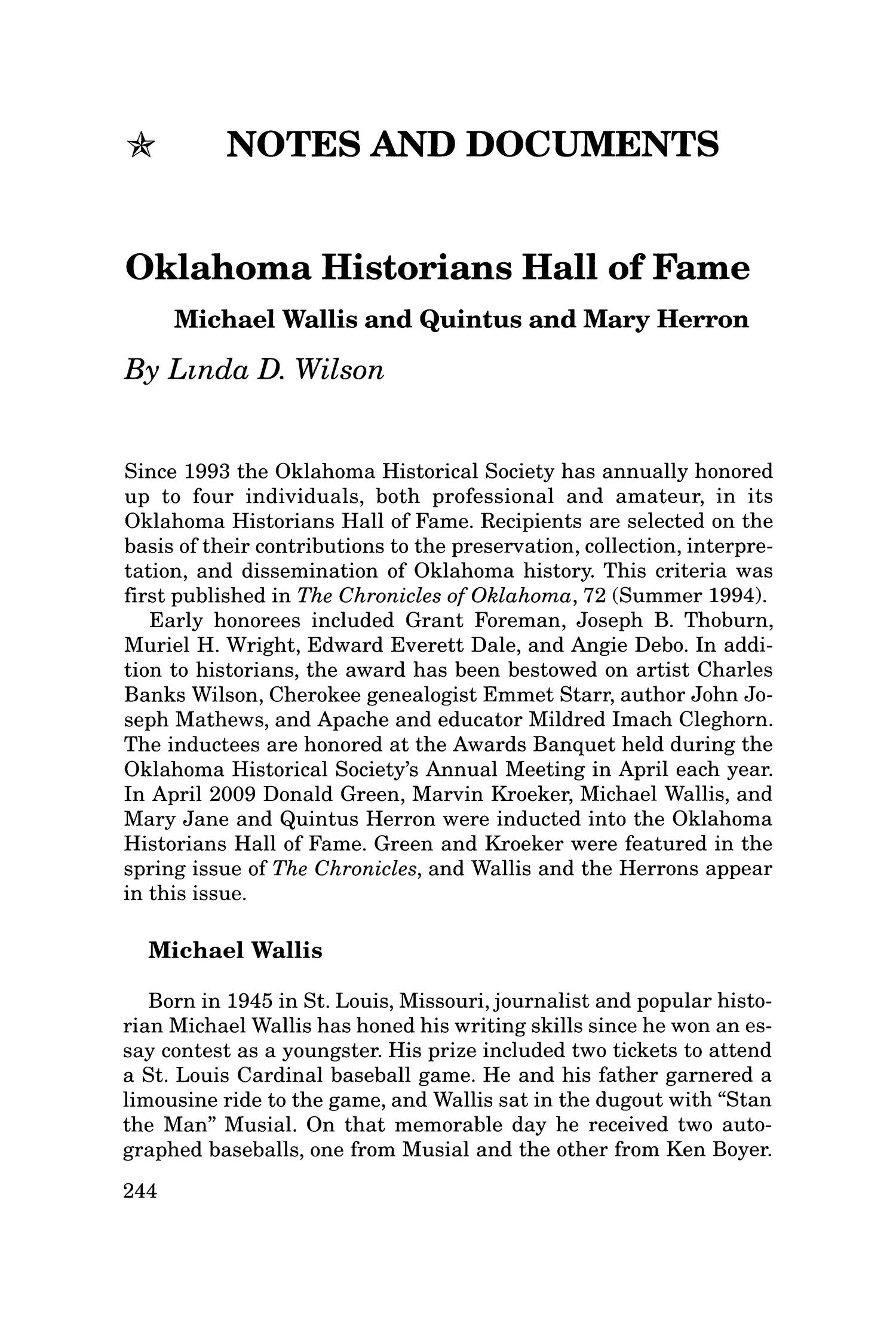 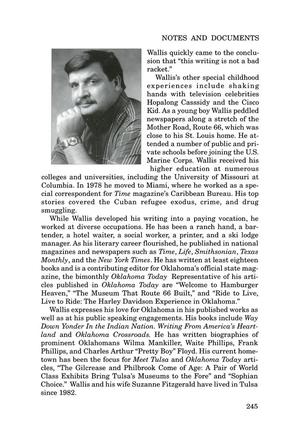 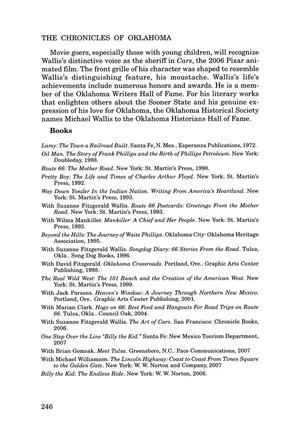 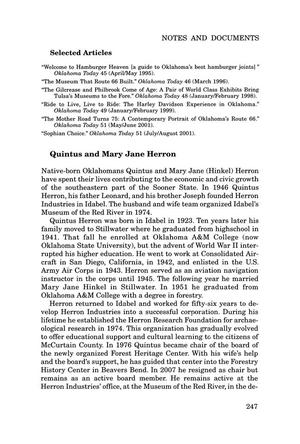 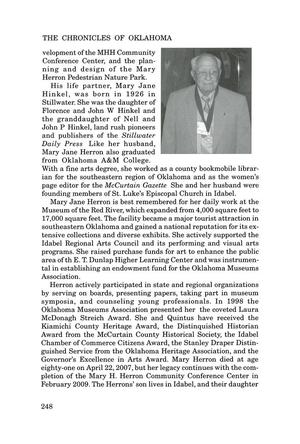 For the Record section from Volume 87, Number 2, Summer 2009. It includes the minutes of the Oklahoma Historical Society Executive Committee Meeting that was held on December 17, 2008.

Article provides a biography of Eliza Jane Ross, niece of Cherokee Chief John Ross and prominent pioneer teacher within the Cherokee Nation, paying tribute to her dedication as an educator and impact on the communities she taught.

Writ Large and Small: State and Local Race Relations and the Meridian "Race Riot" of 1926 (Article)

Article describes the history of racial violence and segregation among the white and black communities of Oklahoma, highlighting two investigations in Meridian, Oklahoma as a demonstration of what local authorities were willing to label a "race riot."

Notes and Documents section from Volume 87, Number 2, Summer 2009. It includes a document honoring Michael Wallis and Quintus and Mary Herron, who were inducted into the Oklahoma Historians Hall of Fame in 2009. It also includes a document celebrating the bicentennial of Abraham Lincoln's birth and lists a selection of articles exploring the history of Black Oklahomans in the journey from slavery to empowerment.

Article describes the eight year project that led to the creation of the Grand River Dam Authority. Part 1 of Richard Lowitt's two-part article describes how the GRDA was campaigned for by Representative Wesley Disney and Senator Elmer Thomas of the Oklahoma Legislature, and the resulting construction of the Pensacola Dam became a remedy for both flood control and creation of electric power.

Latinos in Oklahoma: A History of Four and a Half Centuries (Article)

Article covers the history of Latinos in Oklahoma, providing details about the roots of Spanish colonialism, the various factors that led people groups to migrate to the United States, and the organizations, media, and celebrations that promote the growth and preservation of Latino culture in Oklahoma.