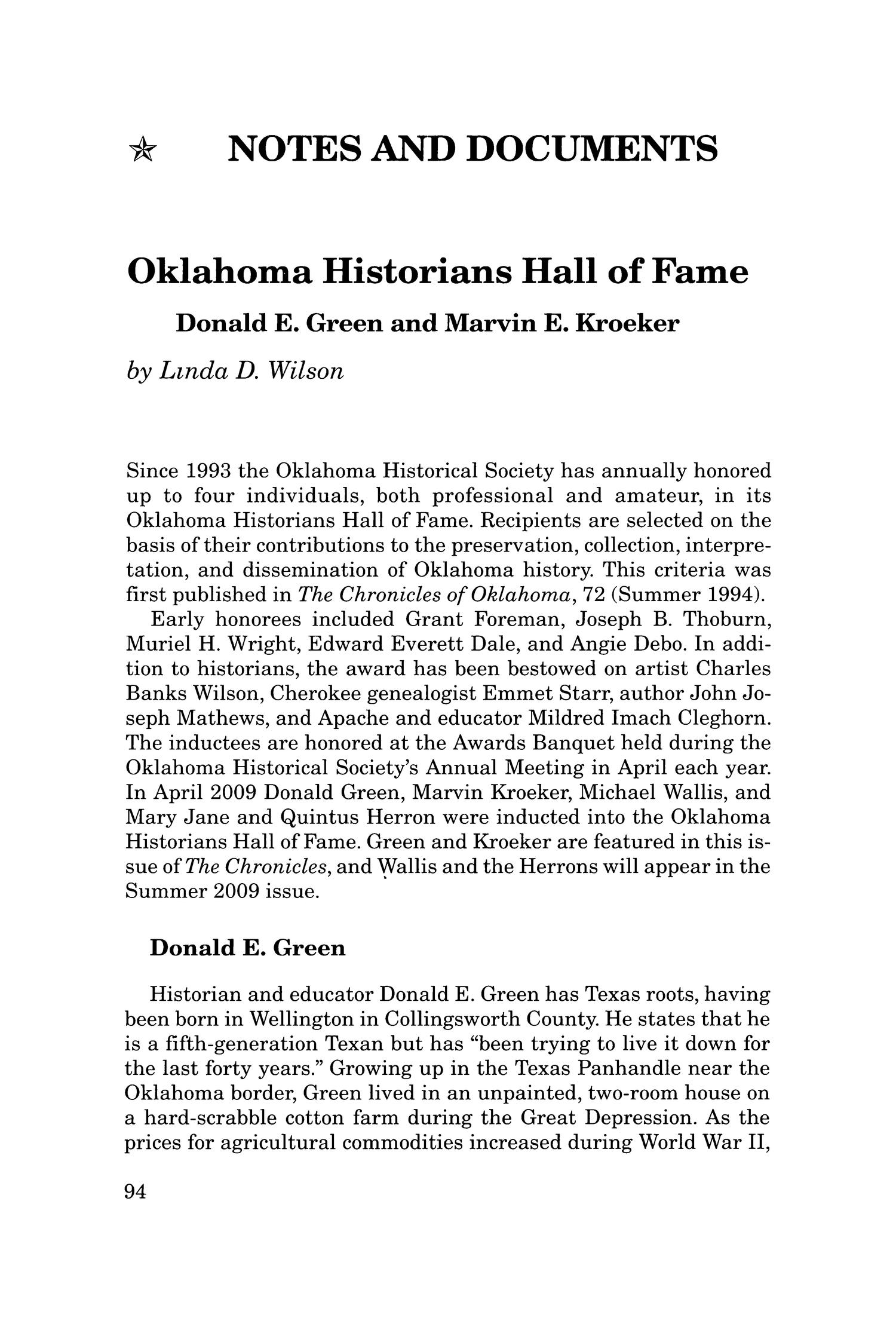 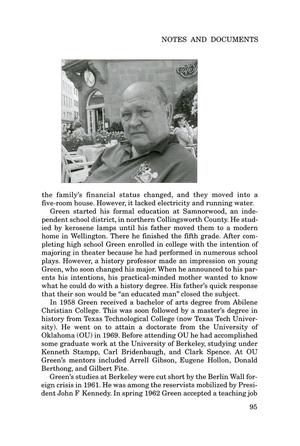 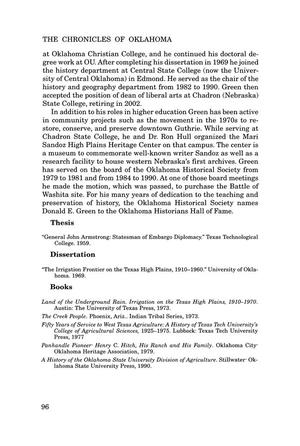 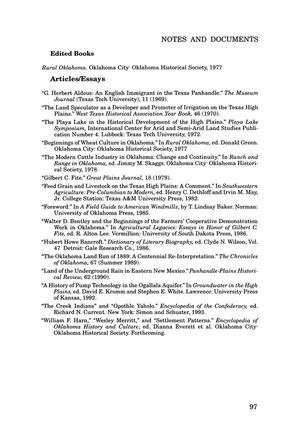 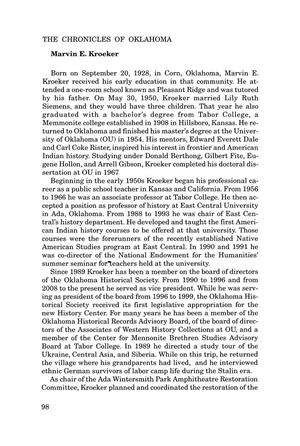 Article describes the growth and subsequent problems of the Oklahoma oil-boom town of Wirt in Carter County, also known as Ragtown. Emerging overnight as the center of the Healdton Field, Ragtown provided shelter and work for hundreds of assorted oil-field characters.

Bad Water and Epidemics: The Wages of Neglect at the Seneca Indian School (Article)

Article analyzes the issues of poor federal management and general neglect of health and sanitation that put Indian students' lives in jeopardy at Seneca Indian School and at the nation's other Indian schools in the early twentieth century.

For the Record section from Volume 87, Number 1, Spring 2009. It includes the Minutes of the Quarterly Board Meeting of the Oklahoma Historical Society that was held on October 22, 2008.

Article summarizes the ways in which the nations of Indian Territory offered safe harbor for runaway slaves and other African Americans seeking freedom.

Article relates the ways in which the Oklahoma Bankers Association and each community's banks responded to the 1907 Bankers' Panic. They calmed public fears of bank insolvency and developed ingenious was to make currency flow in the economy. As a result, Oklahoma created the nation's first bank deposit guaranty law.