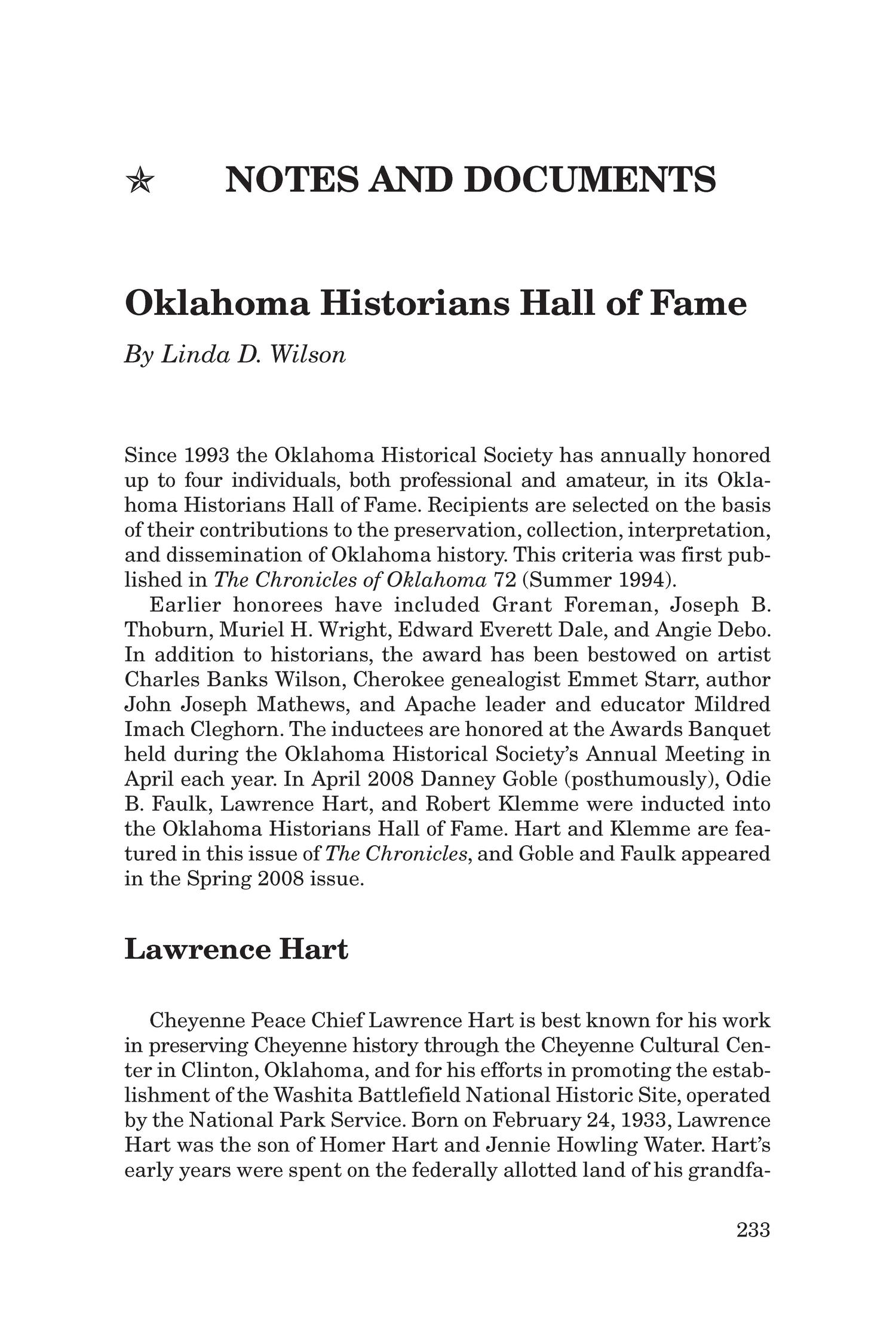 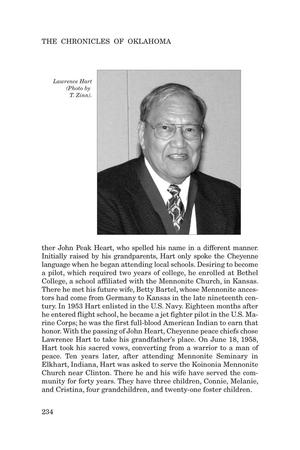 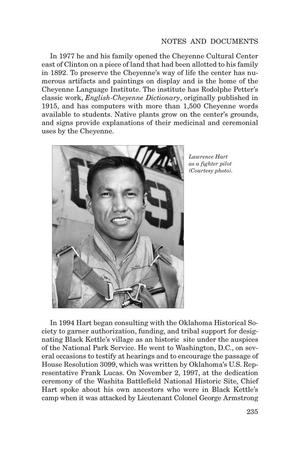 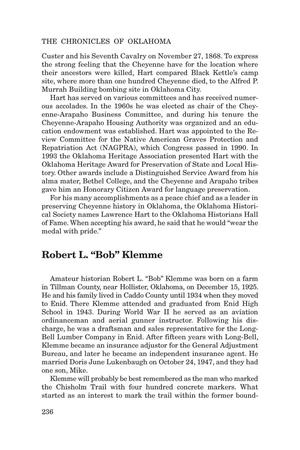 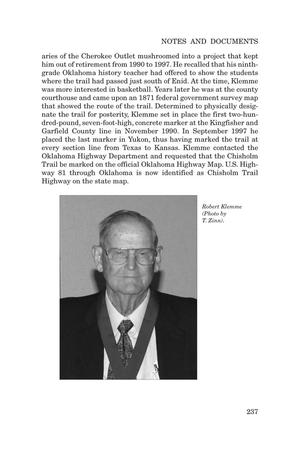 This article chronicles William T. Ponder's training and testing in battle against the backdrop of World War I aviation history. Ponder served with the French Aviation Service as part of the Lafayette Flying Corps and the U.S. Air Service where he became Oklahoma's first aviation war hero.

Counting Sioux: American Indian Journalism and the Proposed Removal of the Lakota to Indian Territory (Article)

Article chronicles the reaction of American Indian newspaper editors of Indian Territory to plans to relocate the Sioux to a portion of the Creek Nation's lands.

Fifteen Men in Ermine: Judges of the United States Court for the Indian Territory, 1889-1907 (Article)

Article is a collective biography of the fifteen men of the Indian Territory court from 1889-1907. The author examines each judge's family history, education, politics, appointment to the bench, pattern of judicial decision making, and post judicial professional life.

Notes and Document section from Volume 86, Number 2, Summer 2008. It includes an article honoring the individuals who were inducted into the annual Oklahoma Historians Hall of Fame in 2008. The honorees included in this issue are Lawrence Hart and Bob Klemme. The other two honorees, Danney G. Goble and Odie B. Faulk, appeared in the Spring 2008 issue.

This article uses newspaper interviews to analyze the reactions of black and white Oklahoman citizens to the death of the noted civil rights leader, Martin Luther King Jr., in 1968.

For the Record Section from Volume 86, Number 2, Summer 2008. It includes the minutes from the regular quarterly meeting of the Board of Directors of the Oklahoma Historical Society that was held on January 23, 2008.