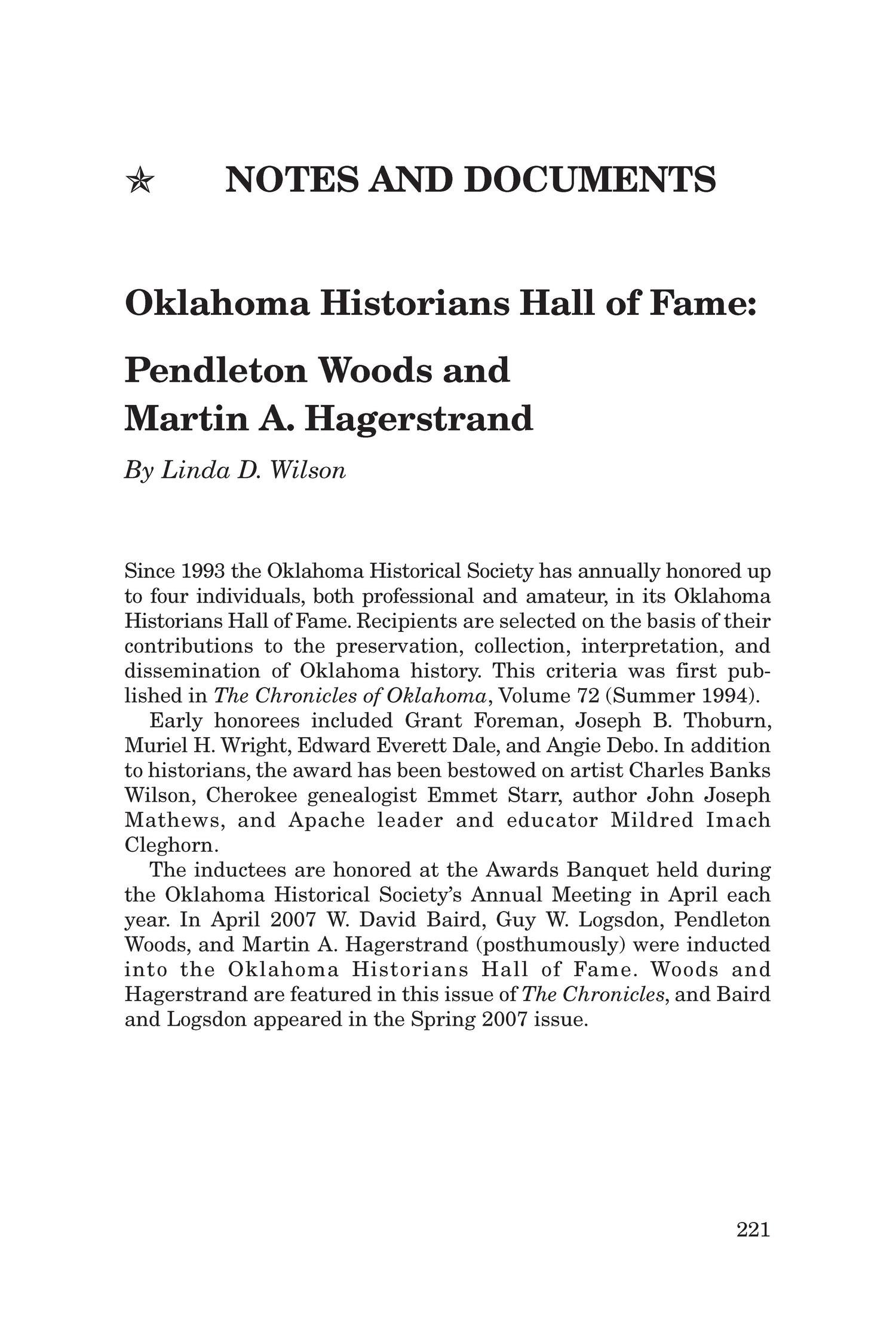 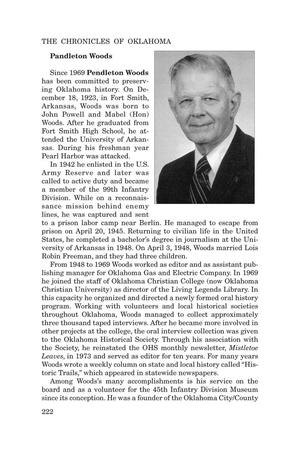 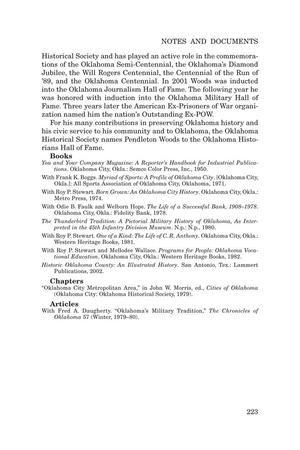 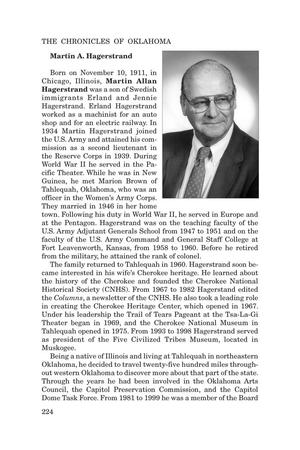 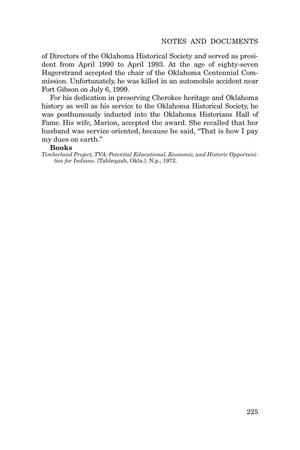 Article examines the roles of negative self-image and political corruption on the stagnation of Oklahoma's economic health in the 1950s.

"Hoorah for Integration!": The Adoption of the 1955 Better Schools Amendment (Article)

This article examines the campaign led by Governor Raymond D. Gary to adopt a constitutional amendment ending the time-honored special tax for separate schools and begin the process of integration after the Supreme Court Decision in Brown v. Board of Education (1954).

Notes and Document section from Volume 85, Number 2, Summer 2007. It includes the "Oklahoma Historians Hall of Fame: Pendleton Woods and Martin A. Hagerstrand" which honors Pendleton Woods and Martin A. Hagerstrand's inductions into the Oklahoma Historian Hall of Fame in April 2007. It also includes Dianna Everett's "1950s Oklahoma in the Hillerman Photographs" which details the Barney Hillerman Collection of photographs that is held by the Oklahoma Historical Society and includes a selection of the digitized photographs that capture the essence of the 1950s era in Oklahoma history.

An Exercise in Pride: Celebrating the Oklahoma Semi-centennial (Article)

This article takes a look back at the semi-centennial celebration of 1957 as Oklahoma prepares to celebrate the centennial of 1907 statehood in 2007.

For the Record Section from Volume 85, Number 2, Summer 2007. It presents the minutes from the regular quarterly meeting of the Board of Directors of the Oklahoma Historical Society that was called to order by the president, Leonard Logan, at 1:30pm on Wednesday, January 24, 2007.