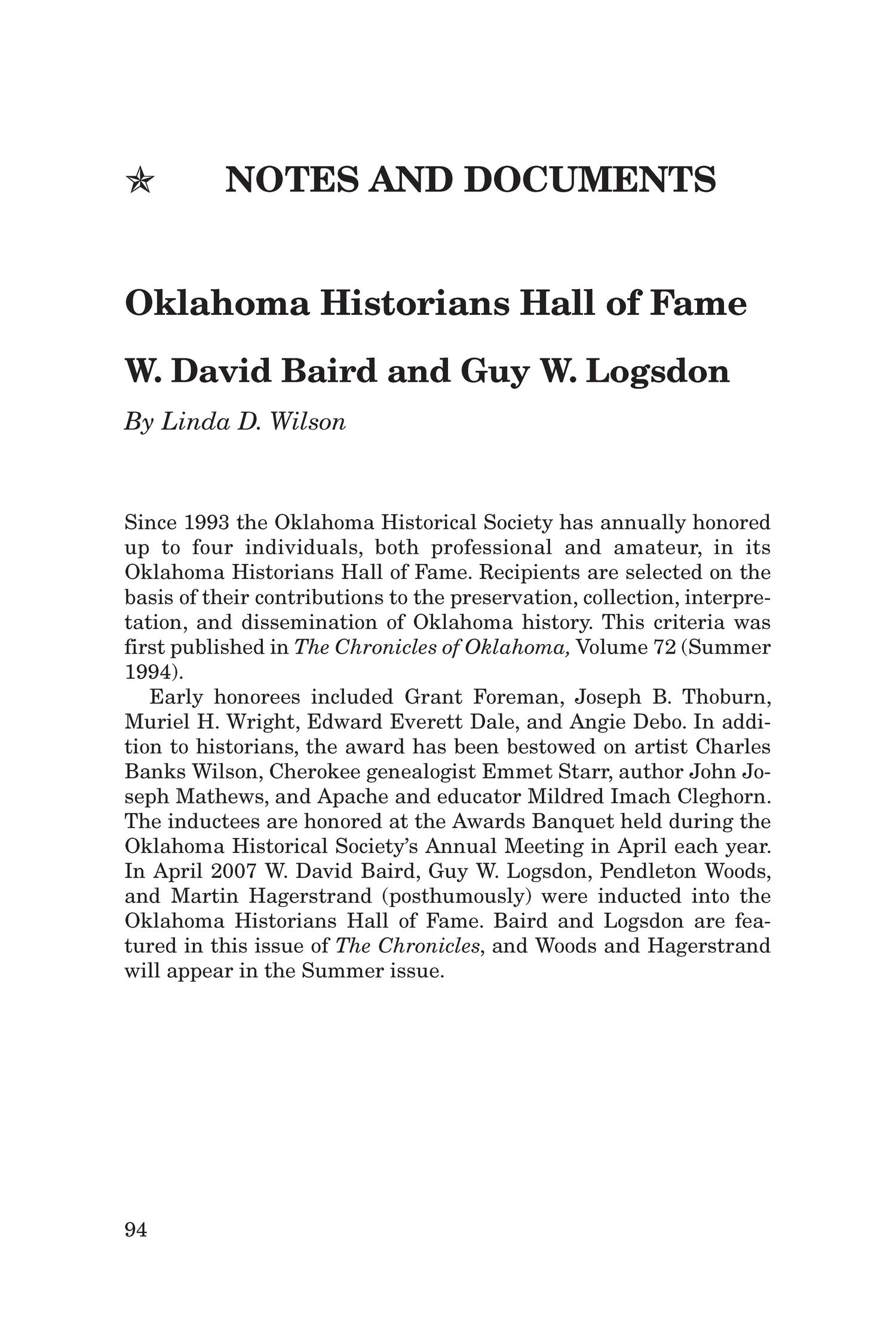 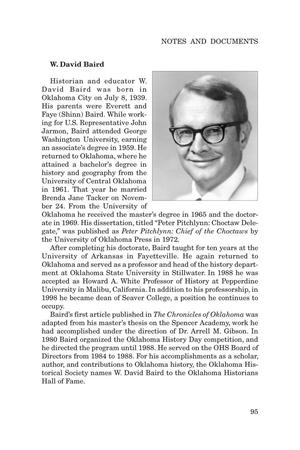 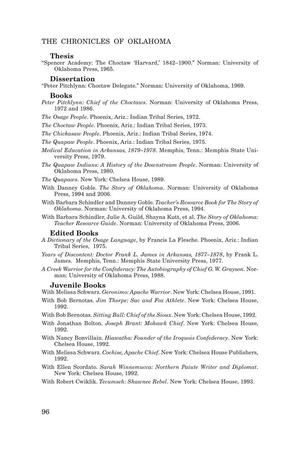 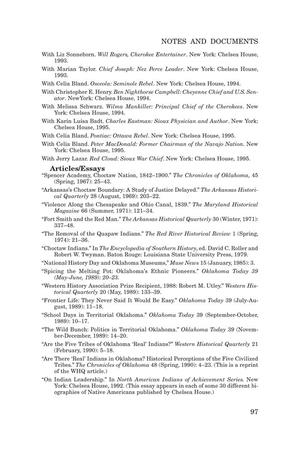 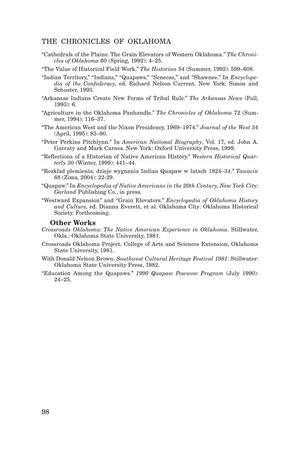 The second part of this two-part article examines the government reaction in 1941 that led to the Oklahoma Senate Committee on Elections and Privileges' mandated investigation of alleged Communist activity in Oklahoma colleges and universities.

A Meeting of Conquerors: Art Goebel and Charles Lindbergh in Tulsa, 1927 (Article)

Education for Successful Living: University School at the University of Oklahoma, 1917-1973 (Article)

Twixt Scylla and Charybdis: Environmental Pressure on the Choctaw to Ally with the Confederacy (Article)

Article describes the conditions that led the Choctaw nation's decision to ally with the Confederate States of America when the United States failed to live up to its treaty promises.

Notes and Documents section from Volume 85, Number 1, Spring 2007. It includes an article honoring the individuals who were inducted into the annual Oklahoma Historians Hall of Fame in 2007. The Oklahoma Historical Society selects recipients based on their contributions to the preservation, collection, interpretation, and dissemination of Oklahoma history. The honorees in 2007 were W. David Baird and Guy W. Logsdon.

For the Record Section from Volume 85, Number 1, Spring 2007. It presents the minutes from the regular quarterly meeting of the Board of Directors of the Oklahoma Historical Society that was called to order by the president, Leonard Logan, at 1:30pm., on Wednesday October 25, 2006.