THE ENID DAILY EAGLE.
HBCTIOX TWU
Till: 1 Mil OVII.V I'.W.I.I
si M'%\, MA* 1.1, 1010. HRSDII'MM
&
a
t)
Try Your First Glass Free
We want you to test for yourself the delightful flavor and refreshing effect of Fan-Taz,
the drink of joy.
Pure, red, rich, sparkling, every drop of Fan-Taz is a foe to weariness and a friend to comfort.
If you're thirsty,a glass of exquisitely flavored Fan-Taz will refresh you as nothing else can do.
If you're tired after a shopping trip or a day at the office, a glass of mild, beneficial, delightful
Fan-Taz will drive your weariness away.
Fan-Taz is for every member of the family all the time.
It is pure, wholesome, delicious. It is the popular drink of the times.
Take the coupon in the lower right-hand corner to any good soda fountain and get your
first glass of Fan-Taz free.
Don't hesitate, because we are paying him the full price of 5 cents for every
coupon just to get you to prove for yourself how delicious Fan-Taz really is.
And don't delay, because the longer you wait the sorrier you'll be that you
didn't try it at once.
I Good for One Glass of Fan-Taz;
To May 21st, 1910 :
I
* I have never tasted Fan-Taz before ami ' have {
J rit«'<i this coupon, cut from Enid Daily Eagle, \
i Enid, Okla.to mv fountain man and He lias given \
' ii.c glass of Fan-Taz for it.
WILLIAMSON -HASSELL-FRAYSER CO.
Oklahoma City, Guthrie, Chickasha and Shawnee, Oklahoma
Sole State Distributers
PURO MANUFACTURING COMPANY
MEMPHIS, TENNESSEE
' Address
(29) 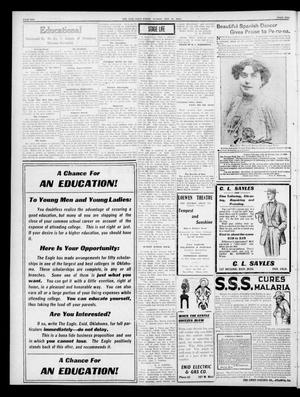 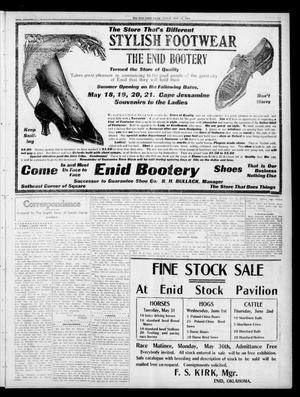 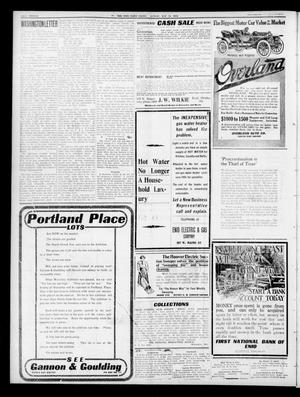 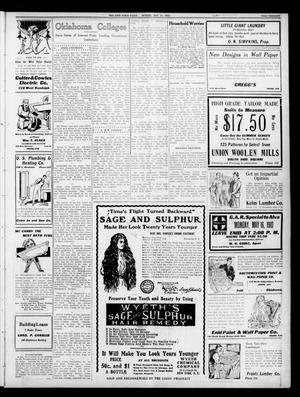